The grain industry is sharpening its strategy with new markets, new products and a focus on supply chain costs. 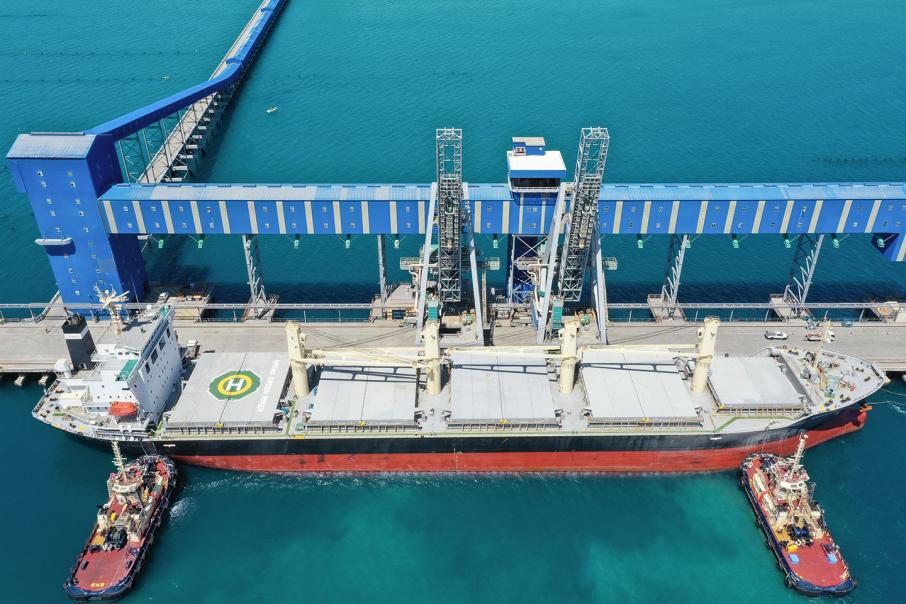 CBH Group exports grain through this port in Kwinana, among other locations in WA. Photo: Gabriel Oliveira

Saudi Arabia has become a prime destination for Western Australian barley after the imposition of tariffs by China in May and, more recently, phytosanitary restrictions.

Growers will still take a hit to their incomes, given China bought premium malt barley and the Saudi market is for the lower-priced feed barley.

As a result, WA growers will be as much as $200 million worse off, CBH Group chief executive Jimmy Wilson told Business News.

Before the tariffs were introduced, Australia shipped between 4 million and 6 million tonnes of Australian barley to China annually, Mr Wilson said, much of which had now been diverted to Saudi Arabia.

The 80.5 per cent Chinese tariff, levied following accusations of dumping, has led to an unusual distortion in barley markets.

“The Black Sea countries [and France] used to go into those markets, they’ve diverted to China,” he said.

“Shipping companies are becoming a little bit richer because of this impost.

“It’s not a natural movement.”

The Black Sea region, which includes Ukraine and Russia, is a highly competitive grain producer, given its rising quality and protein content.

Mr Wilson said improving Australia’s relationship with China would be critical, and CBH was working with the government on that.

In the longer term, farmers could rethink their cropping rotations if the dispute was not resolved.

Work from the Australian Bureau of Agricultural and Resource Economics and Sciences suggests national barley production could be 30 per cent lower by 2025, reducing sales by about $720 million.

However, increased production of other crops would add $220 million to farmers’ coffers, while livestock profits would rise $250 million due to cheaper feed costs.

In WA, farmers have made modest moves.

Data from the Grain Industry Association of Western Australia forecast barley production will be 3.6mt in the season ahead, down 6 per cent on this time last year.

Canola production will be 67 per cent higher, while oats output will be up 27 per cent.

Ms MacTiernan said the government had been working on international agreements to sell lupins.

“We’ve gone from one million tonnes a year at one stage to about 300,000 tonnes a year, and it’s fading from popularity.”

There would be an opportunity to turn that around, Ms MacTiernan said.

That required continual investment in the storage and handling network.

“The costs we charge growers remain flat in comparison to [prices] charged to growers on the east coast, which continue to go up,” Mr Wilson said.

“We’re way ahead of anyone else in Australia, and very competitive in world markets as well.”

Costs were particularly important because only 15 per cent of WA grain was bespoke, Mr Wilson said, meaning the remainder was reasonably able to be substituted.

In the past three years, CBH has added 2.5mt of new storage, compared to 1.8mt in the previous eight years.

Many storage sites had been oversubscribed, Mr Wilson said, which meant rapid movements of grain were needed to keep capacity available.

Mr Wilson said CBH would now have better control over grain flow and could move grain based on demand.

The cooperative was also working with the state government on the Revitalising Agricultural Region Freight Strategy, which could include the government pitching in about $500 million to reopen some tier-three rail lines, the sections of the grain rail network with low utilisation.

Among traders, CBH had a 49 per cent share, with Glencore and GrainCorp at 13 per cent each.

CBH operates four ports, which ship almost all of WA’s grain production, while US giant Bunge owns the Bunbury grain facility, which represents 2 per cent of throughput.

Capacity utilisation at Bunbury was 31 per cent, the report said.