Business tunes in to staff needs, from FIFO to Yammer time 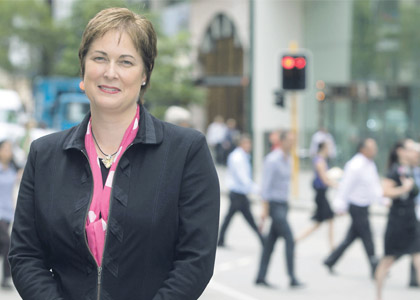 IT CAPABLE: Julie Harrison says the use of social media is becoming more prevalent among Deloitte's local clients, and is an area likely to undergo significant changes over the next four or five years. Photo: Annaliese Frank

THE use of social media platform Yammer, a growing fly-in, fly-out workforce, and Big Brother-style analysis are tools increasingly in use by human resources departments across Western Australia.

Such initiatives have been facilitated by the development of sophisticated technology, which has given employers more tools to help keep their best staff.

Staff retention has become the key focus for HR leaders given the state of WA’s labour market, with a shortfall of about 180,000 workers expected to hit employers by 2020 (according to the Chamber of Minerals and Energy).

‘Employee engagement’ has been a buzz-phrase in the HR realm for years, with human resources 101 stating that effective staff engagement results in improved staff retention.

Without taking the impending labour shortages into account, a prediction by Perth-based employment consultancy The Right Group that staff turnover is costing the state $9 billion a year clearly makes the case for staff retention and engagement strategies.

“If your colleagues are not brought into the business then you’re never going to succeed,” Ms Rees told WA Business News.

Bankwest has adopted popular social media platforms Facebook and Twitter to improve that engagement with staff and customers, but has also launched internal use of Yammer - an enterprise platform designed specifically for communication within businesses.

Ms Rees said the platform was instrumental in encouraging communication.

“Communication is really, really important; ensuring that colleagues understand what we’re doing, where we’re going but more importantly where they fit into that ... we put a lot of emphasis on that,” she said.

Ms Rees has a 25-year history in HR in the UK, which she said was leading the use of innovative staff engagement techniques; she believes Australia is only just beginning to utilise communication tools that had been used in the social sphere for years.

“There are more innovative ways of how we communicate with colleagues about new products, how we want to service customers, but more importantly about training and up-skilling,” she said.

Deloitte Australia highlighted the important role of Yammer in its 2012 Social Media report.

The firm has close to 100 per cent of its 6,000 employees signed up as members and uses the platform for communication and collaboration across the organisation.

In one example, chief operating officer Keith Skinner started a monthly thread, ‘40 Footprints’, providing employees with insights and stories about the firm’s steps to achieving its 2015 vision.

“I see these steps firsthand and want to share them more widely. But didn’t want to just ‘push’,” Mr Skinner said.

“People from across Deloitte have responded, debating and sharing their views and being part of the conversation.”

“Some are starting to deploy social media a lot more effectively and it is an area which I think we’re going to see a lot more changes over the next four or five years ... particularly as technology is changing so rapidly,” Ms Harrison said.

“Organisations are using Facebook and Twitter to get messages out to people and to get feedback as well; it’s all very much about how to engage differently from what they have done in the past.”

The likes of Yammer may be giving businesses another tool with which to deliver this message, but Dale Alcock Homes has had success in using a simple company intranet page to connect with staff.

“(We have) a very active intranet page that we use for communication on matters relating to new staff announcements, staff movements, celebrations such as engagements, weddings and births, and anything staff would like supported or posted,” Mr O’Rourke said.

“All our staff understand the big picture and are enthusiastic about our end product.”

Increased accessibility to technology enabling remote working is another development of benefit to employers.

Flexible working arrangements such as working from home are growing in popularity as employees begin to expect more from employment contracts; an InsideTrak survey revealed almost half of all WA employees were not satisfied with their current compensation.

For many WA companies, competing with wages offered in the resources industry isn’t possible, and this has driven an increase in innovative pay packages that often include flexible work arrange ments.

Furthermore, a paper from the Australian Institute of Management states workers in the 18-24 age category are less likely to conform to stringent working hours;

14 per cent in this category would consider resigning from a job due to lack of flexibility.

Such statistics, as well as efforts to attract more female workers, are encouraging further introduction of flexible working arrangements including remote and part-time work, and flexible office hours.

New president of Engineers Australia WA division, Helen Pedersen, has even advocated the introduction of fly-in, fly-out style work for city-based roles to help improve retention of female engineers who may want to only work part-time.

Recognising that companies can’t compete simply on salary has also encouraged the increased uptake of corporate health and wellness strategies; the market providing these services has been steadily on the rise since 2008, growing by 4.9 per cent in the past five years.

“From an employee perspective, it gives them a chance to get involved in that in the workplace; we have busy lives and have become very time-poor,” she said.

Investing in staff training has also remained a key initiative to increase workforce value, as Bankwest’s Ms Rees says: “Clearly it’s cheaper for us to build people’s careers and for them to stay with Bankwest than for us to go out and recruit.”

A survey of Australian businesses by employment consultant Kenelm Tonkin found one in five plans to use training and development to engage with employees.

Offering continual training and development opportunities is what City of Cockburn HR manager Margot Tobin said helped lead it to being named employer of the year by the Electrical, Utilities and Public Administration Training Council in 2011.

The city provides a range of training and development schemes, from traineeships and in-house training through to nationally accredited courses.

However it also takes this further by offering additional training and development as an incentive for good performance.

Increasingly sophisticated technology is another way employers are accessing a host of data, which are beginning to be utilised in entirely new ways.

It’s invaluable data for WA companies - particularly those in the oil and gas sector - which are undertaking workforce-planning strategies to combat potential labour shortages.

Savvy workforce planning companies are using the data to identify employees who could be potential ‘flight risks’, and then introducing individualised retention strategies to prevent the loss of key employees.

Deloitte’s Julie Harrison said the practise was not commonplace in WA, but was set to grow.

“It’s still very much a specialised skill set ... a lot have recognised the benefit of having that so we are starting to see some more looking to bring on talent with that type of skill set,” she said. 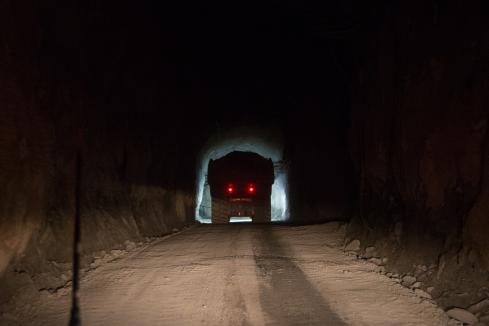 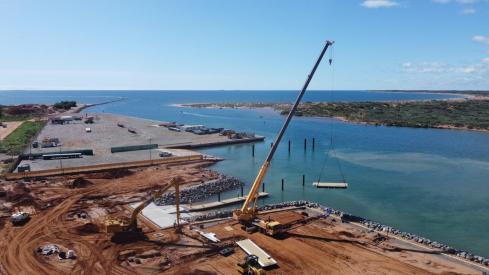