Australia's four major airports achieved record profit in the past financial year, according to the ACCC, with Perth Airport touting its high passenger satisfaction relative to its counterparts on the east coast. 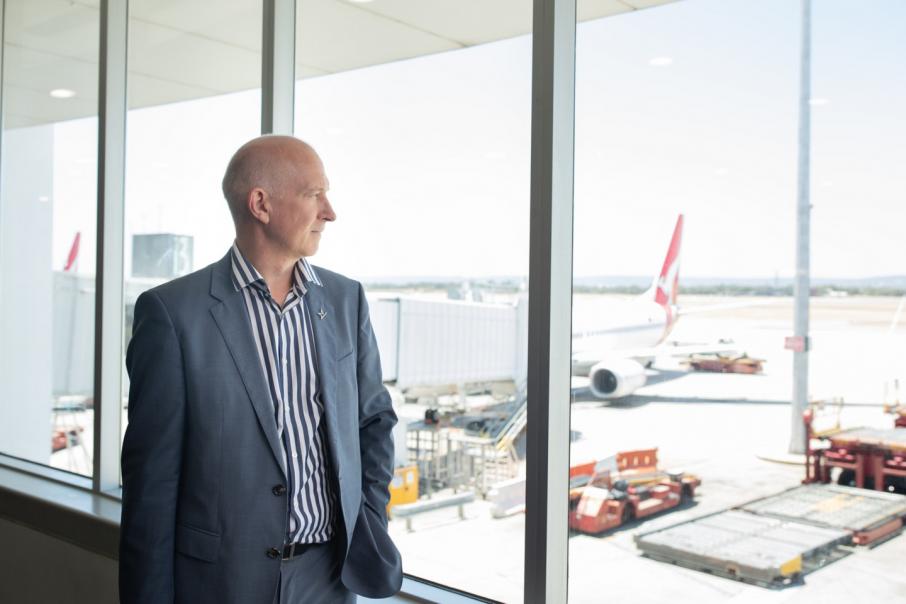 Australia's four major airports achieved record profit in the past financial year, according to the Australian Competition and Consumer Commission, with Perth Airport touting its high passenger satisfaction relative to its counterparts on the east coast.

Those results, which came from the commission's annually produced report into airline activity, found Brisbane, Melbourne, Sydney and Perth airports earning a total profit of $864 million from aeronautical activities in the year to June 2019, a 3.6 per cent increase on the year prior.

ACCC chair Rod Sims pointed out that those results came despite an overall weak growth in travellers as well as a drop in domestic passengers coming through Sydney Airport.

“This may illustrate the benefit of being a monopoly.”

While Sydney Airport was singled out, having achieved a 12.5 per cent return on its aeronautical assets despite weak passenger growth, Perth Airport actually recorded a 19.2 per cent decrease in profit from auronautical operations, which was attributed to lower charges to airlines as well as reinvestments in new facilities.

That was on top of positive assessments for the airport, including findings that its overall services retained a ‘good’ rating from passengers.

Although that service rating declined modestly on the previous period, it was the third year in a row it had achieved the highest rating on that scale.

Perth Airport chief executive Kevin Brown welcomed the news, saying the company had achieved those results on the back of pricing agreements with all its partner airlines, bar one.

The last to reach an agreement with the airport is presumably Qantas, which is locked in ongoing negotiations with Perth Airport regarding the relocation of its services to the airport’s new terminal.

“We have delivered reduced prices for our airline partners while at the same time delivering improved services and greater efficiencies,” Mr Brown said.

“To have our airline partners again acknowledge us as the best major airport is further evidence that our approach to pricing is both fair and reasonable – and that we deliver on our commitments.”

While the ACCC’s report found passengers broadly satisfied with Australia’s major airports, Mr Sims said airlines were concerned with issues regarding baggage facilities, as well as runway and taxiway congestion, which could have a flow-on effect to consumers through flight punctuality.

Mr Brown acknowledged those concerns in his comments, saying the airport’s plans to expand and invest in new runways showed they were taking these issues seriously.

“We are already addressing those specific concerns with two projects that have already commenced – one to deliver common use self-service check-ins and a second to replace the stairs to the exit gates with ramps,” he said.

“We are also well advanced with our plans for a major upgrade of the international terminal as part of the long-standing plan to bring Qantas services to the central airport precinct, allowing us to close the outdated Terminal 3/4 facility.

“Our plans to invest in a new parallel runway are currently with the federal government for approval and will help address [congestion].”

Despite Mr Brown’s comments, Airlines for Australia and New Zealand (A4ANZ) echoed Mr Sims’ comments regarding airports operating as monopolies, and said the results were proof Australia’s airports were engaging in monopolistic behaviour.

Criticising the effectiveness with which regulators had taken up the matter, A4ANZ chair Graeme Samuel said an inquiry by the Productivity Commission completed in October of last year had failed to resolve the issue, citing instances in which car parking charges returned as much as 68 cents in the dollar as profit to airports as just one example.

“[S]urely the most egregious revelation of this report is the fact that the 2018-19 period it relates to was the exact time that the lens of the Productivity Commission was squarely trained on Australian airports, and yet monopoly charging was still rife, hurting consumers,” Professor Samuel said.

“Frankly, it just shows how brazen and entrenched airports’ behaviour has become over time.”

“[W]e know that when faced with economic shocks in the past, monopoly airports in Australia have insulated themselves and their shareholders from the impact; we only have to look at their profitability trends post-9/11, GFC and SARs to see that,” Dr Roberts said.

“It has been a very different story for airlines, however, with the past two decades seeing 18 regional airlines ceasing to operate, and those that remain having to disproportionately shoulder the burden of economic headwinds in order to remain competitive and keep downward pressure on airfares.”

Seeking to position the report’s findings against a worsening backdrop for Australian tourism, as the COVID-19 outbreak and bushfires on the country’s east coast begin to depress the country’s visitor market, Professor Samuel said it was in the best interest of the government to combat airport monopolies and adopt recommendations by the ACCC to allow for faster resolution of disputes and more efficient investments.

“The fact remains that there is no other monopoly infrastructure in Australia which is exempt from processes to protect consumers against the exercise of market power,” Professor Samuel said.

“A4ANZ and its members, together with international airlines and other airport users, are continuing in their push towards achieving necessary reforms to ensure our airports can be the best and fairest in the world – not simply the most profitable.”