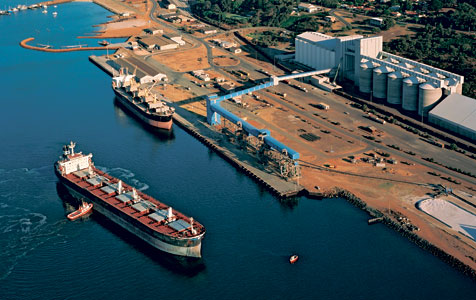 Grains handler CBH Group has set a new record, exporting its largest-ever grain shipment out of Esperance over the weekend.

CBH said a 78,636-tonne shipment of feed barley, destined for Saudi Arabi, was the biggest ever out of the state.

“It’s a great opportunity to reflect on how far we’ve come and to recognise our position as the number one exporter of Australian grain,” Mr Craig said in a statement.

“Saudi Arabia is the largest feed barley importer in the world, requiring 7.5 to 8 million tonnes per year.

“It is a great opportunity for us to supply this growing market, with Saudi Arabia’s population growth set to fuel and increase in exports.”

General manager operations David Capper said the records meant it had been a challenging year in terms of logistics for the grains handler.

CBH also exported its largest ever canola shipment out of Albany last week.

“Accommodating the types of large vessels like we’ve seen in Esperance this time is a vital part of getting the record harvest out more efficiently,” Mr Capper said in a statement.

“It’s great to have these larger ships coming into WA, it gives us more options in handling our large export task.”