Sue Wilson is joining the Amana Living board as chair, replacing John Langoulant. Ms Wilson will be the first woman to hold the role. She has been a member of the Amana Living board since 2017, and deputy chair since 2019. Ms Wilson is leaving her position as general counsel and company secretary of Iluka Resources later this month and is planning to focus on board roles.

P&N Bank has announced the appointment of Angela Newland as general manager. Joining P&N Bank from Synergy, Ms Newland has most recently served as manager retail operations. She has worked in the UK and Australia, including seven years at HBF Health in roles including general manager member services, as sales leader WA & SA at GE Finance, and general manager WA at Vodafone Australia.

Squire Patton Boggs has expanded its commodities and shipping industry group with the addition of partner Hazel Brewer. Ms Brewer has 30 years’ experience in shipping, offshore, international trade and marine insurance. She began her legal career in shipping and commodities in London at Middleton Potts, then joined HFW in Dubai, before transferring to Australia in 2007 and working there until recently.

Diana Forsyth and Jane den Hollander have been appointed to the board of WA Primary Health Alliance. Ms Forsyth sits on several boards, including Health Support Services and Bethanie, and works as a program lead at Murdoch University. Professor den Hollander served as the vice-chancellor at Deakin University for almost a decade before retiring in 2019.

Jonathan van Hazel is joining Citadel-MAGNUS as senior associate in the firm’s investor relations team. Mr van Hazel has nearly 20 years’ corporate and financial experience, working in varied roles including stockbroking, as an analyst and as an environmental engineer. He has worked at companies including Euroz Hartleys, Little Green Pharma, Altum and, most recently, Clinitrials.

Communications agency Cannings Purple has hired Wendy Pryer, Isaac Stewart and Rhiannon Barrett. A former journalist and communications consultant, Ms Pryer is joining as associate director in the corporate affairs team. Mr Stewart will be an associate director of the investor relations team after working as community development advisor to Senator Dean Smith. Most recently working at the National Offshore Petroleum Safety and Environmental Management Authority, Ms Barrett has been recruited as a senior consultant in the stakeholder and engagement team. Glenn Langridge has been promoted to director, digital and Renee Wilkinson has been made director, stakeholder engagement.

Siqi Liu will be joining Pragma Lawyers as an associate in October. Most recently, Ms Liu has worked as a lawyer at Tan & Tan Lawyers, practicing in general law including civil litigation, family, commercial, estate, migration and minor criminal cases. She was previously a law clerk at Allen & Jasnic. 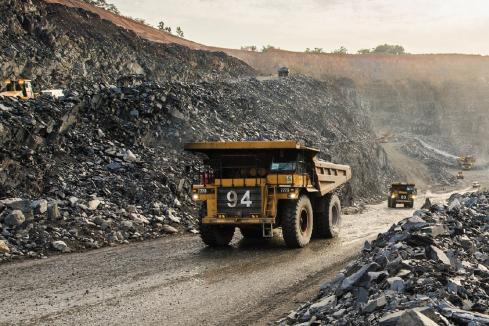