Blue ribbon Liberal seats such as Churchlands, Nedlands and Carine are line ball as Labor looks set for more than 50 districts in the 59-seat parliament. Click through for eight articles from today's coverage. 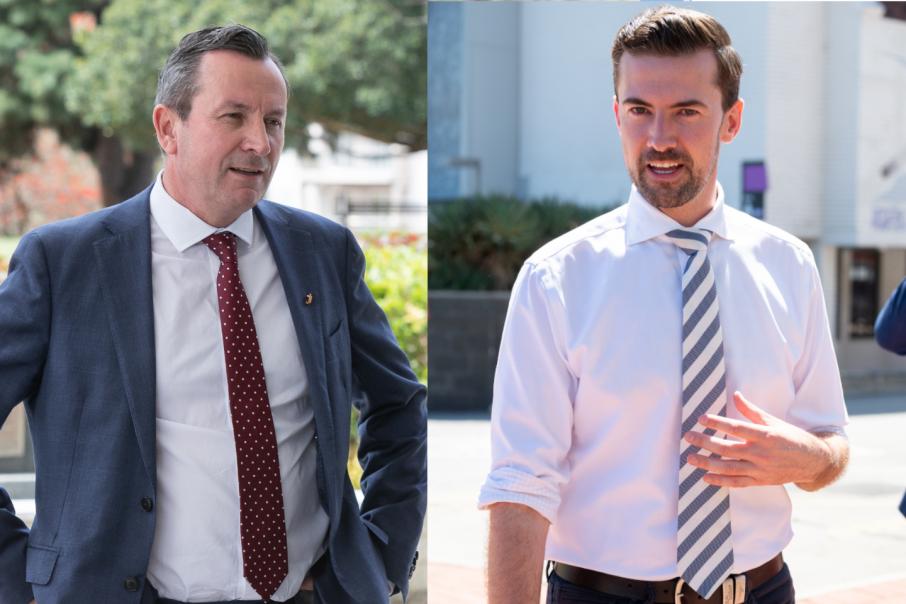 Premier Mark McGowan has won a thumping Labor majority in today's state election, but the real question will be how many seats the Liberal Party can hold and the outcome in the Legislative Council.

While early numbers had the blue ribbon seats of Churchlands, Nedlands and Carine changing hands, they have become closer as counting wore on.

See below for more.

McGowan humbled while Kirkup is gutted

Kirkup threw everything at it

Libby Mettam in Vasse and David Honey in Cottesloe could well be the only two remaining Liberals in the lower house, as both look set to hold their seats.

Former treasurer Mike Nahan described the result on television as a disaster.

"It would be wrong to say this is just a COVID loss," Dr Nahan said.

For the Legislative Council, counting and preference flows will take days. But a rough rule of thumb is that every block of 14 per cent of votes in an upper house district will translate to one seat in the Legislative Council. Consequently, a primary vote in the mid-40s would mean Labor is close to a double majority.

Here are some key seats the Liberals must hold.

David Honey served as shadow energy minister in this election, and was in charge of promoting the New Energy Jobs Plan.

With 40 per cent counted, his primary was 46.7 per cent. Labor candidate Gemma West had a primary of around 27 per cent.

That's one seat the Liberal Party looks set to hold.

Two party preferred was 57.7 per cent towards the Liberals.

Libby Mettam looks in a decent position to hold on as the Liberal member for Vasse, with 43.3 per cent primary tonight with 35.9 per cent counted.

However, the Labor primary is 33.8 per cent, and Greens 11 per cent. That means preference flow will be important in the result.

Churchlands as at 9:28pm

Earlier in the night, this blue ribbon seat looked like a Liberal loss. But the numbers are closing in.

The two party preferred leans 50.2 to 49.8 towards the Labor candidate Christine Tonkin.

Sean L'Estrange has a 43.9 per cent primary with 48 per cent of the vote counted.

Liberal shadow minister Tony Krsticevic has a primary vote of 44.2 per cent, while Labor candidate Paul Lilburne was on 43.3 per cent, with 45 per cent counted.

Two party preferred leant towards Labor by 51 to 49.

But while Labor was ahead in one of the strongest Liberal seats, the earliest booths counted had historically been weaker Liberal booths.

For example, at Glengarry Primary School, Mr Kristicevic had a primary vote of 44 per cent in 2017. Tonight, it was 34 per cent. He holds the seat by 10.2 per cent.

About 39 per cent of votes had been counted in Nedlands, with incumbent Liberal Bill Marmion so far winning 34.5 per cent of the primary vote, and Labor opponent Katrina Stratton at 34 per cent.

The possibility that the former seat of premiers Charles Court and Richard Court will go to preferences would have been unthinkable before COVID-19.

Former Treasurer and Liberal leader Mike Nahan retired ahead of this election. About 33.4 per cent of the vote has been counted.

In Riverton, the ALP candidate Jags Krishnan was on 48.9 per cent, while Liberal Anthony Spagnolo was on 33.2 per cent.

The count so far shows Dr Krishnan at about 60 per cent two party preferred.

In Bateman, which was previously held by former Liberal minister Dean Nalder, Liberal candidate Matt Woodall had a primary vote of 36.4 per cent with 41 per cent counted. Labor's Kim Giddens was on 45.6 per cent.

Business News reported at 7:10pm that one major booth in Bateman, at that point not included in the WAEC data, showed a 15 per cent primary vote swing away from the Liberal Party.

Alyssa Hayden won this seat in the 2018 byelection, and was seen as a hard working local member.

But figures so far tonight show the Liberal primary vote at 27.6 per cent, with opponent Hugh Jones at 54.6 per cent. About 25 per cent of the vote has been counted.

That indicates the seat could be won by Labor on primary vote alone.

The Australian Christians have a primary of close to 10 per cent, which will mostly flow onto the Liberal Party.

Jesinta Burton will be reporting from Darling Range later tonight.

While not a marginal seat, Business News does have some information ahead of the WAEC.

Business News understands that at least one booth in the Labor electorate of Swan Hills shows a Liberal primary of below 15 per cent.