Hillarys key marginal in the north

Premier Mark McGowan had spent the morning of the state election in the electoral district of Hillarys, the Liberal Party WA seat deemed most likely to fall to WA Labor. 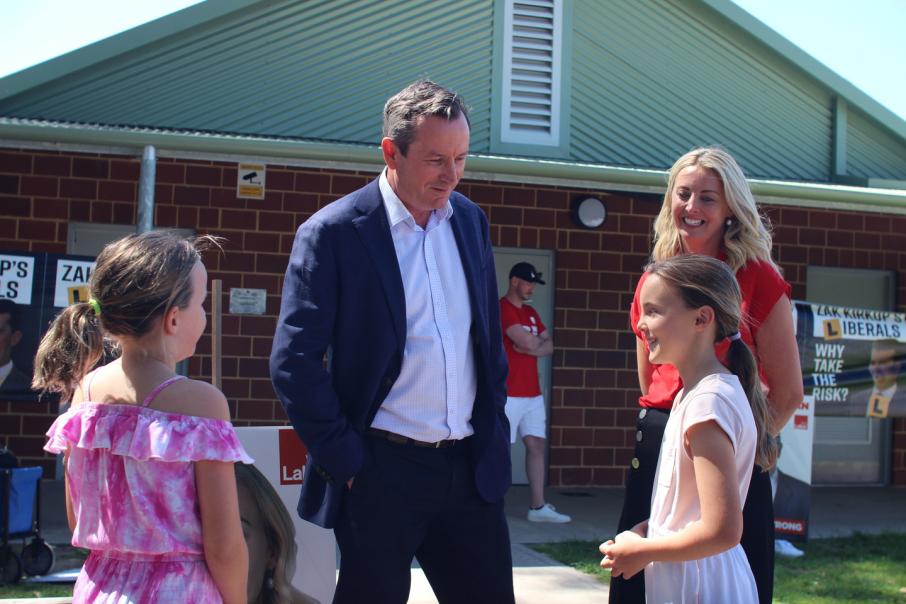 WA Labor candidate Caitlin Collins looks to have secured the once safe Liberal seat of Hillarys with 68.7 per cent of the vote on a two-party-preferred basis, representing a swing of 19.1 per cent.

Premier Mark McGowan had spent the morning of the state election in the electoral district of Hillarys, the Liberal Party WA seat deemed most likely to fall to WA Labor.

The seat has been held by shadow police spokesperson Peter Katsambanis with a razor thin margin of just 0.4 per cent.

The electorate in Perth’s northern suburbs was once deemed a safe Liberal seat, having been held by the Liberal Party WA since its inception more than 25 years ago and one Mr Katsambanis won with 54 per cent of the two-party-preferred vote in 2017.

But following a major change of the electoral boundaries in 2019 and the popularity the Premier's handling of the pandemic had afforded WA Labor, that was tipped to change.

During the morning press conference, Mr McGowan told reporters the people of Hillarys could expect an excellent representative in Caitlin Collins and urged voters to support his stable and responsible team in an election he deemed the most important in living memory.

“Over the course of this election campaign, we have put forward affordable, achievable plans for Western Australia, plans that will create jobs, plans to keep the state safe and strong, plans to build infrastructure for the future,” he said.

“Our team is stable and responsible.

“It is very important that Western Australia stays the course and sticks with the team that has kept our state safe and strong over the last four years.

“If we’re fortunate enough to be reelected today, we would like that work to continue.

“I would like to see them rewarded for that and join my team, if we are lucky enough to be reelected today.

“We have a great candidate in Caitlin; she’s a local teacher, she’s worked all around the state, she’s deeply committed and she’s a very, very sensible and bright person.

“My ask of Western Australians is that they continue to support the team that has kept the state safe and strong and that has the most reasonable, affordable and achievable plan and has the experience to deliver.”

It’s been clear throughout the campaign that WA Labor has had its eye on the seat, having made more than $200 million worth of election commitments in the area.

During a visit to Hillarys Primary School this afternoon, Mr Katsambanis told Business News he was nervous about the impending result, acknowledging that it was likely to be much closer than anyone anticipated.

“I am feeling nervous, anticipatory,” he said.

“I have done everything that I can do, as has my team, to convince the people of Hillarys that I am the right person to carry on as their local member, but the result will be the result.

“I have been around politics long enough to know that, particularly in a marginal seat, tiny little things can impact on the vote.

“Labor has poured a lot of money into their campaign for this electorate, with some estimates as high as $400,000.

“It’s interesting that all of the major Labor announcements are issues that I championed and things that I called for, issues that the Liberal Party had committed to delivering.

“If imitation is the sincerest form of flattery, then this proves once more just how effective I have been as a local member to advocate for issues that have bipartisan support and are going to be delivered for the electorate.

“I just hope to be in a position to do that again.”