Can the Liberals sandbag the blue ribbon southern seats?

Keep an eye on the two Jack Mac boys tonight - in the neighbouring seats of Bateman and South Perth. They’ll be the line between a bad night or a terrible one for the Liberals. 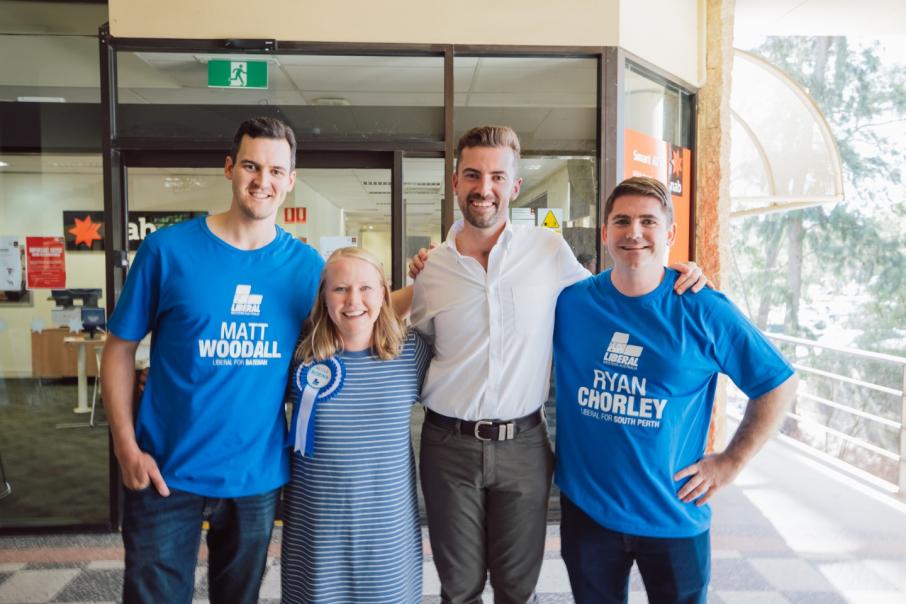 Keep an eye on the two Jack Mac boys tonight - in the neighbouring seats of Bateman and South Perth. They’ll be the line between a bad night or a terrible one for the Liberals.

Lawyer Matt Woodall, formerly with Jackson McDonald, is the Liberal candidate for Bateman, while the firm’s partner Ryan Chorley is the Liberal in South Perth.

Both are hoping to replace retiring Liberal incumbents.

South Perth is held by 7.2 per cent, while the margin in Bateman is 7.8 per cent. Newspoll suggests a double digit swing towards Labor, so both those seats will be under threat, particularly without the advantage of incumbency.

The mood on the ground in Bateman earlier today suggests it will be close, but the swing could be less than the predicted statewide average.

Mr Woodall has been a local councillor, including a year as deputy mayor, was a strong supporter of Roe 8 and a pragmatist on development - earning him criticisms from developers and opponents alike. But he is running to replace former minister Dean Nalder. Will the voters of Bateman give the Liberals a whack for overlooking Mr Nalder as leader?

If so, they could turn to Kim Giddens, the Labor candidate. Ms Giddens’ campaign geared up after the shock resignation of Mr Nalder late last year. She worked as a policy advisor in children’s rights, and as a teacher.

Minor party candidates will make Bateman interesting. Local councillor Steve Kepert has campaigned against development, particularly riding on a wave of opposition to the Wave Park development previously proposed on the foreshore and later cancelled.

Liberal Democrat Greg Leech also has had volunteers out in force in the seat, in an attempt to secure upper house votes for South Metropolitan member Aaron Stonehouse.

On the opposite side of the Canning River in South Perth, Mr Chorley is hoping to hold the blue ribbon Liberal seat after the retirement of popular local member John McGrath.

Labor’s candidate is Geoff Baker. His profile says he lived in the electorate for 40 years.