Wealth is worth celebrating

Wealth creation is a critical element of any stable society. 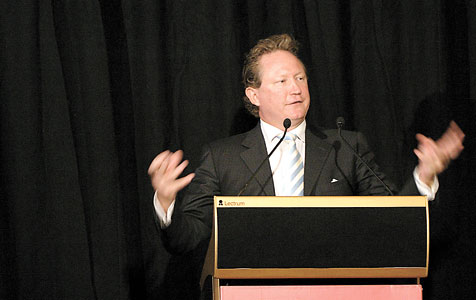 If a society doesn’t have people using innovation, hard work and their existing capital to pursue growth, then things are, in real terms, going backwards.

Certainly wealth cannot be measured by money alone. The richness of a society is based on other, often less quantifiable factors such as security, liberty, mortality, equality, opportunity and sustainability.

But changes in monetary wealth are a good proxy for the business growth that is present in most places where those other factors are strongest. That assumes, of course, the wealth that is changing is not just in the hands of a tiny minority or clique and is there to be made by anyone with the aspiration to do so.

This newspaper, like many others, noted the ugly efforts of federal Labor to make an issue of new Prime Minister Malcolm Turnbull’s wealth this past week. It is refreshing to see that backfire in the way it did.

In Western Australia, Business News has documented wealth creation since 2007.

Much has changed during that time, although our research suggests not as much as readers might have expected.

For instance, Andrew Forrest’s stake in Fortescue Metals Group is barely 15 per cent more than his wealth in 2007. Those who have followed Mr Forrest’s fortunes know his paper wealth climbed to around $10 billion in 2008, before a entering a volatile period that followed the trajectory of his company and the wider market.

Of course, he only started the company in 2004, at which point his wealth was a tiny fraction of what it has become.

In the interim, many others involved in FMG have been on our wealth creators’ list and numerous other backers have, as shareholders, made their own fortunes. Thousands of workers and millions of people who live in this state have benefited financially from the construction and then mining at FMG’s projects.

That is what wealth creation is all about; it was never just a focus on one person.

This year, as would be expected, the leaders on our list have taken a hit. As a proxy for the wider economy, this would appear accurate. Some, however, have gone against the flow. There are the odd new(ish) faces, but most are old hands whose businesses have weathered the current storms or are counter cyclical.

Again, these people are part of what every successful economy needs – those who see opportunity when others only see risk.

With the support of this newspaper, long-term contributor Tim Treadgold has compiled Business News30, a simple market measure in the tradition of the original Dow Jones index.

This idea follows a history of such indices being developed by financial publications such as London’s Financial Times (FTSE100), the Straits Times in Singapore and the Nikkei in Japan established by the Nihon Keizai Shimbun(Nikkei) in 1950.

The simplicity of this concept is the raw ingredient that attracts us most. While various Dow Jones indices, which were started in the late 1800s, including the well-known Dow Jones Industrial Average, have since become more statistically complex, the original formula was as simple as the BN30 outlined in this week’sBystander column.

No doubt, of course, there will be some conjecture in Treadgold’s original selection. History will more truly test it – in fact it already has.

Many of the companies mentioned had their founders in our inaugural wealth creators’ list in 2007.

Perhaps a great pity of this list is the dearth of mature technology stocks to include in the index. Regrettably, two likely starters, iiNet and Amcom Telecommunications, have disappeared as WA-based businesses via stock market takeovers.

This does happen. Those who saw GE chairman Jeff Immelt speak this week will be aware that his company is the only surviving independent business from the Dow Jones original 30.