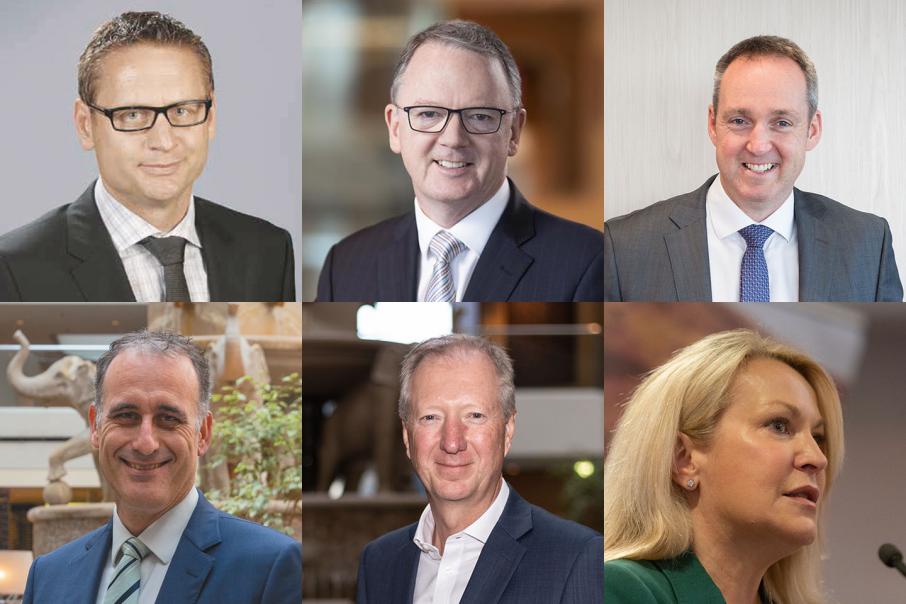 That’s broadly in line with the results of CEO remuneration surveys compiled by Business News over the past decade, where the number has averaged 89.

(click to view a PDF version of the full special report, including a list of the top paid 100 WA executives)

The chief executive with the highest statutory income was Ian Testrow at heavy equipment supplier Emeco Holdings, who earned $11.4 million.

He was followed by chief executives at some of the state’s largest companies, led by Woodside Petroleum’s Peter Coleman, whose total income was $8.8 million.

Others near the top of the survey included Rob Scott at Wesfarmers, Elizabeth Gaines at Fortescue Metals Group and Graham Kerr at South32 (see table, page 24).

There were 13 Perth-based executives with a base salary in excess of $1 million.

Once again, this group mostly worked at the state’s largest companies, such as Woodside, Wesfarmers, South32 and Fortescue.

Casting the net wider, the survey also showed there were 57 executives with a base salary in excess of $500,000.

This included the likes of Jim Beyer at Regis Resources, Ken Brinsden at Pilbara Minerals and David Bailey at Australian Finance Group.

There has been a trend away from short-term bonuses, particularly those paid just in cash.

Nonetheless, there were still a dozen executives who were paid bonuses in excess of $500,000 last financial year.

The big upside for chief executives comes in the form of equity-based incentives.

The biggest of the lot went to Emeco Holdings’ Ian Testrow.

This mostly related to incentives granted three to four years ago when Emeco was seeking to complete a major restructuring and several acquisitions.

In terms of the company’s current incentive plan, Mr Testrow qualified for just 85 per cent of his maximum possible reward in FY19.

Mr Testrow also received a 15 per cent increase last year in his fixed remuneration, which came in at just above $1 million.

That’s because incentive schemes are usually based on a multiple of their base salary.

At the other end of the market, junior miners and explorers with limited cash at their disposal often use equity incentives to reward their chief executives.

The opportunity for shareholders to vote on the adoption of annual remuneration reports at annual meetings continues to be contentious.

One of the biggest protest votes this year was against NRW Holdings’ remuneration report, with 44 per cent of votes cast being against the report.

At last year’s annual meeting, there was an even larger protest vote, with 49 per cent against.

As a result of these ‘two strikes’, the company was required to put a spill resolution.

As usually occurs with spill resolutions, it was resoundingly defeated – only 6.6 per cent of shareholders voted to spill the current board.

Nonetheless, the mood of shareholders – and the views of proxy advisers, who advise institutions on how to vote – was revealed in a third vote.

When shareholders were asked to approve a new incentive scheme for chief executive Jules Pemberton, 47 per cent of votes were cast against the resolution.

Another company to attract a big protest vote, for the second year in succession, was Sydney-based Harvey Norman Holdings, with 47 per cent against the remuneration report.

Mineral Resources copped a 63 per cent protest vote at its 2018 annual meeting but this year the against votes were a much lower 16 per cent.

Wesfarmers received a 21 per cent protest vote against its remuneration report this year – a highly unusual experience for the Perth-based conglomerate.

Chairman Michael Chaney spoke for many company directors when he talked about executive remuneration.

“I have to say that it is an extremely frustrating issue and one which takes up a large amount of director time – not in designing pay systems but in endeavouring to satisfy the often divergent demands of external stakeholders,” Mr Chaney said.

He acknowledged there was increasing unease about executive remuneration.

Mr Chaney explained the Wesfarmers’ board sought to balance community and investor expectations with the need to reward its executives appropriately.

“This is, in our view, more challenging than ever, with the emergence of private equity, with its potentially high rewards out of the public gaze, as an alternative to listed company employment,” he said.

Mr Chaney said four out of five proxy advisers recommended a vote in favour of the remuneration report, and that Australian institutional shareholders overwhelmingly voted in favour.

“Foreign shareholders appear to have simply followed the recommendation of the one proxy adviser outlier,” he said.

“This highlights how frustrating the issue of satisfying all stakeholders on remuneration matters can be.”

“As an example, for our managing director and chief financial officer their variable remuneration from this year will comprise only shares which vest or become unrestricted over four to six years,” he said.

“They will not receive any short-term cash payment.”

The main performance measures in Wesfarmers’ scorecards are profit and return on investment, but also include some strategic measures in the interests of avoiding a short-term profit focus.

“These measures, which are often but not exclusively non-financial, are opposed by a number of investment managers as being insufficiently specific and reward executives for just doing their job,” Mr Chaney said.

“We feel strongly, on the other hand, that we set ambitious targets and that the achievement of those strategic goals is essential to long-term shareholder wealth creation.”