Business leaders from sectors as diverse as education and manufacturing say temporary migration visa policies are holding WA back. 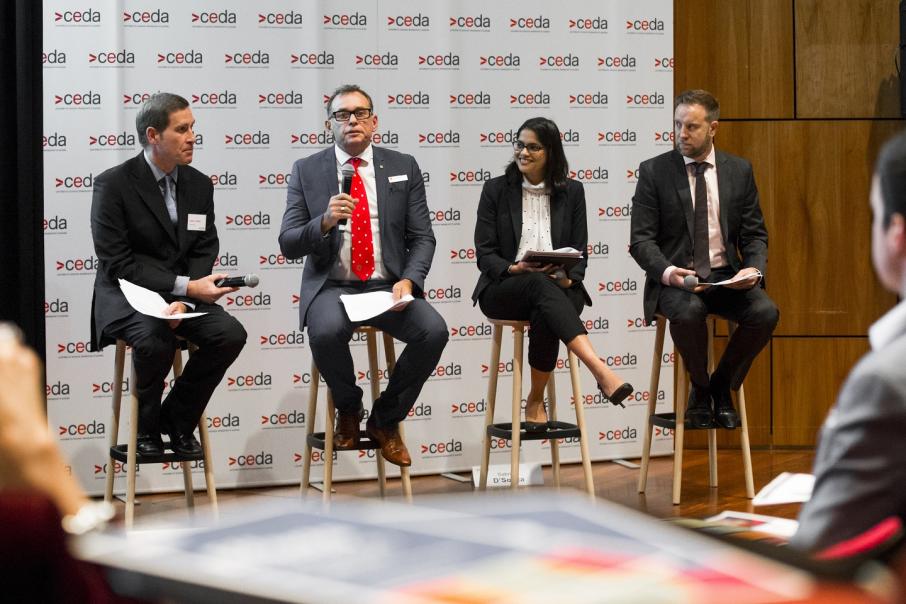 Business leaders from sectors as diverse as education and manufacturing say temporary migration visa policies are holding WA back.

Robynne Walsh shares the story of the Nguyen family to explain why Western Australia is struggling to compete for international students.

Jimmy, Natalie and Andrew Nguyen have all come to WA during the past six years on student visas and studied English at Ms Walsh’s business, Phoenix Academy.

Collectively, the family has spent hundreds of thousands of dollars in WA as they have proceeded to further studies and in some cases gained work, but recently they have moved to Hobart.

The reason is simple – they will qualify for regional incentives and have a better chance of getting permanent residency.

Ms Walsh said many others were taking a similar path. 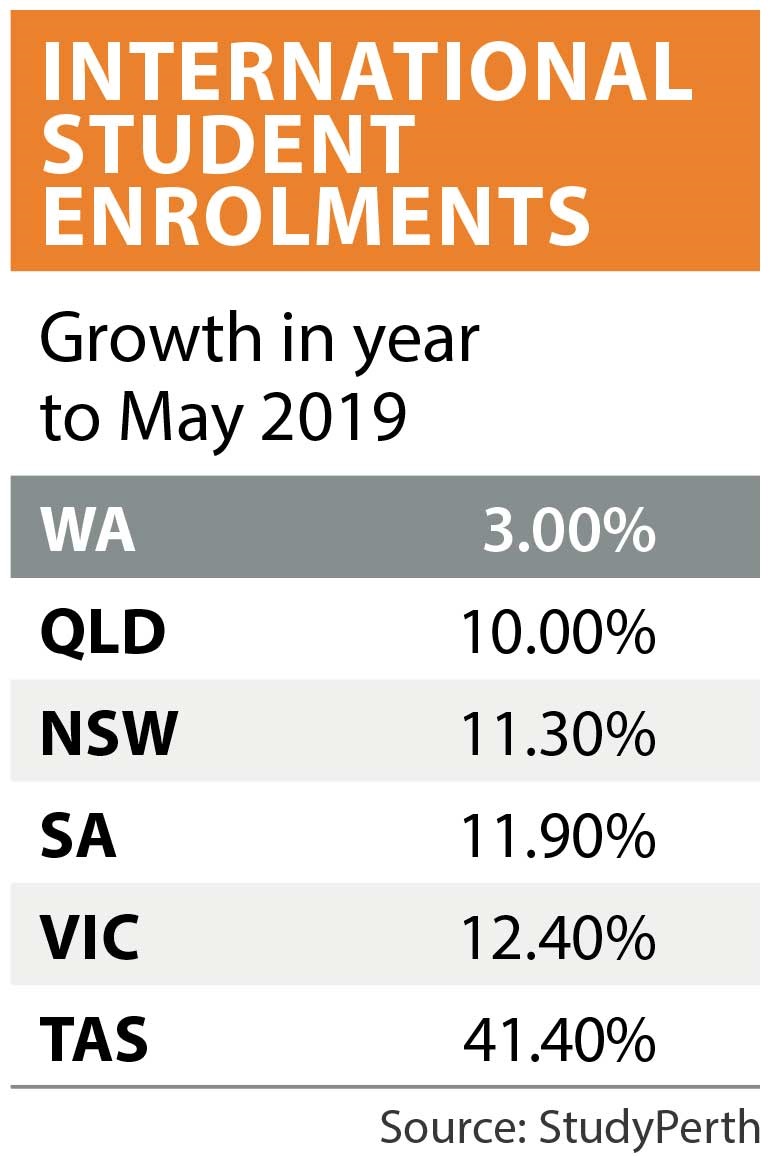 “The brightest and the best are all heading to Hobart, Adelaide and Canberra in their hundreds,” she told a Committee for Economic Development of Australia (CEDA) seminar last week.

“They get world-class universities plus extra benefits including $5,000 extra for scholarships, up to two years’ extra stay on their visa for work-study rights, fast-track visa processing.

“This is catastrophic; we are having a massive brain drain.

“It’s all because we are classified as a big city like Sydney and Melbourne.”

That classification stemmed from a 2017 decision, at the request of the McGowan government, to remove Perth from the regional sponsored migration scheme.

It was one of Premier Mark McGowan’s first decisions and was meant to protect local jobs.

StudyPerth executive director Phil Payne was asked about the impact of this change at a seminar hosted this month by the Migration Institute of Australia.

“The impact was profound because this policy change created the perception overseas that international students were not welcome in WA,” Mr Payne said.

“It also created a disincentive for international students already here to remain in WA when they could transfer to Darwin or Adelaide and get additional points.”

A sharp fall in commencements by international students in WA backs up these comments.

“In combination these policy settings do place WA at a competitive disadvantage to the whole of South Australia, Tasmania, the ACT and large parts of regional NSW, Victoria and Queensland,” Mr Payne said.

He said the state government was aware of these issues and noted that multiple initiatives were being taken to boost WA’s share of the international education market.

The latest data on enrolments shows some progress. After falling for two years in succession, the number of international student enrolments in WA has risen by 3 per cent in the year to May 2019.

However, it has risen much faster in every other state, with Tasmania up 41 per cent (see table).

Another sector struggling with current policies on temporary migration is high-value manufacturing, according to Tianqi Lithium general manager Phil Thick

“We’re building the world’s largest lithium plant at Kwinana and we don’t have a single person in this country with the experience of running a lithium plant,” Mr Thick told the CEDA seminar.

Mr Thick said he wanted to bring experienced operators down from China to train local workers.

“It’s taken a lot of time and effort to get half a dozen people here for six months maximum on section 400 visas, and longer to get a couple of people here on 482 visas,” he said.

“We’re missing out on some significant opportunities because it’s so complex and difficult.

“Replacing 457 visas with 482 visas has made it harder rather than easier, even where there are such logical and justifiable needs.

“I’ve now got a dozen people flying to China next week because that’s easier, but a lot more expensive.”

Hays Specialist Recruitment Australia state regional director Chris Kent told the CEDA conference about some of the challenges of dealing with visa rules.

“The dynamic nature of how quickly roles are changing makes it difficult,” he said, citing the examples of data scientists and scrum masters – two occupations that didn’t formally exist a few years ago.

The tight rules on skilled visas, combined with the lack of local training and increased demand for skilled workers on big iron ore projects, was starting to affect the labour market, according to Engineers Australia WA president Paul Young.

“We saw a gradual increase in demand up until about two months ago, when we started to lose people from our company,” Mr Young said.

“We started to lose quite a few.”

He said Engineers Australia had been advocating more local training ahead of the pick-up in demand.

“It’s a real challenge and we’ve know about it for quite some time,” Mr Young said.

“We’ve been trying for a long time to get more people studying STEM, but it’s a long way from what we need.”

Her analysis found that recently arrived migrants have not had a negative effect on the wages or participation rates of workers born in Australia.

A survey of courts, tribunals and media reports over the 20 years to 2016 found only 173 cases of 457 visa workers having their rights violated.

She called for several reforms, including more transparency about the data and methods used to identify skills shortages and eligible occupations for skilled visas.

CEDA also wants an independent panel, similar to the Migration Advisory Committee in the UK, to undertake analysis and provide advice on the skilled occupations list.

Ms D’Souza also wants a review of the ANZSCO occupation codes to ensure they align with current trends, such as the rapid emergence of tech occupations like data scientists and scrum masters.

CEDA also recommends removal of the requirement for labour market testing once the skills shortage list process has been strengthened.

The CEDA report also noted that most international students leave Australia on completion of their qualifications; between 2001 and 2015, only 16 per cent moved to a permanent visa.