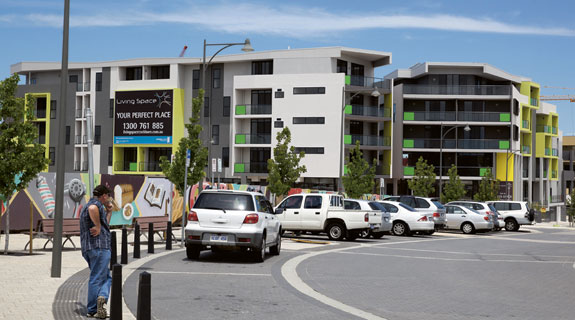 Vacancies in Perth apartments remain under the wider vacancy rate for houses in the metropolitan area, despite economic headwinds and record levels of new supply.

Market analysis by the Master Builders Association and Y Research showed there were more than 35,000 apartments in a study area of 64 suburbs within 15 kilometres of the CBD, in buildings three storeys or higher, with just 1,425 vacant.

Y Research principal Damian Stone said the research showed the apartment market was yet to record high vacancy despite more than 2,000 new apartments completed in the last 12 months, and 700 in the last quarter.

“You would think units or apartments would be higher than the market average, but we haven’t found that so far, despite really strong supply additions in the last six months,” Mr Stone said.

Mr Stone said there were 45 suburbs recording vacancy rates below 4 per cent, the majority of which were smaller markets in close proximity to the CBD.

The vacancy rate for those markets, within five kilometres of the CBD, was 3.4 per cent, while the inner city was 4.5 per cent.

However, Master Builders Association director of housing Geoff Cooper said older buildings were strongly occupied, and the buildings completed in the last 12 months had a much higher level of vacancy, of more than 10 per cent.

“Apartments in new buildings, in particular one bedroom apartments, are taking between three to six months, upon completion, to be occupied,” Mr Cooper said.

“The completion of an additional 5,000 apartments, currently under construction over the next 24 months, will see the vacancy rate increase in select suburbs in the short term.