SPECIAL REPORT: The opening last month of a WA-backed college in China, and the visit this week by a high-powered WA delegation to Indonesia, highlight the state’s renewed focus on the multi-billion dollar international education market. 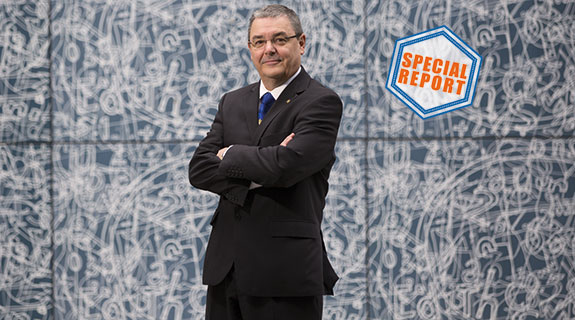 SPECIAL REPORT: The opening last month of a WA-backed college in China, and the visit this week by a high-powered WA delegation to Indonesia, highlight the state’s renewed focus on the multi-billion dollar international education market.

The number of international students in Western Australia hit a record figure of 44,800 last year, but the state still has a way to go before achieving market share in line with its population.

Enrolments in WA for the same period reached an estimated 56,000, according to Study in Perth, the government-backed agency charged with promoting the state to international students.

That topped the previous record of 54,966 enrolments in 2009, indicating the market has reversed the big slump that occurred in the intervening years.

The discrepancy between enrolments and total student numbers occurs because many international students enrol in more than one course.

The enrolment data is widely quoted because it allows state-by-state comparisons, and on that basis WA is underperforming, with only 7.8 per cent of the international student market in Australia.

He started with China and Vietnam last year, is in Indonesia this week with four vice-chancellors and one deputy vice-chancellor, and is hoping to lead a delegation to India next year.

“We have five outstanding universities and a plethora of training facilities and yet our nearest neighbours bypass WA and go to the eastern states.”

Mr Collier said WA’s low share of the national market reflected the lack of knowledge in other countries and lack of effort on WA’s part.

“There is a lack of understanding of what we have to offer,” he said.

Mr Collier said Indonesia had been a particularly weak market for WA, with the number of commencements falling by half since 2006 to 687 last year. 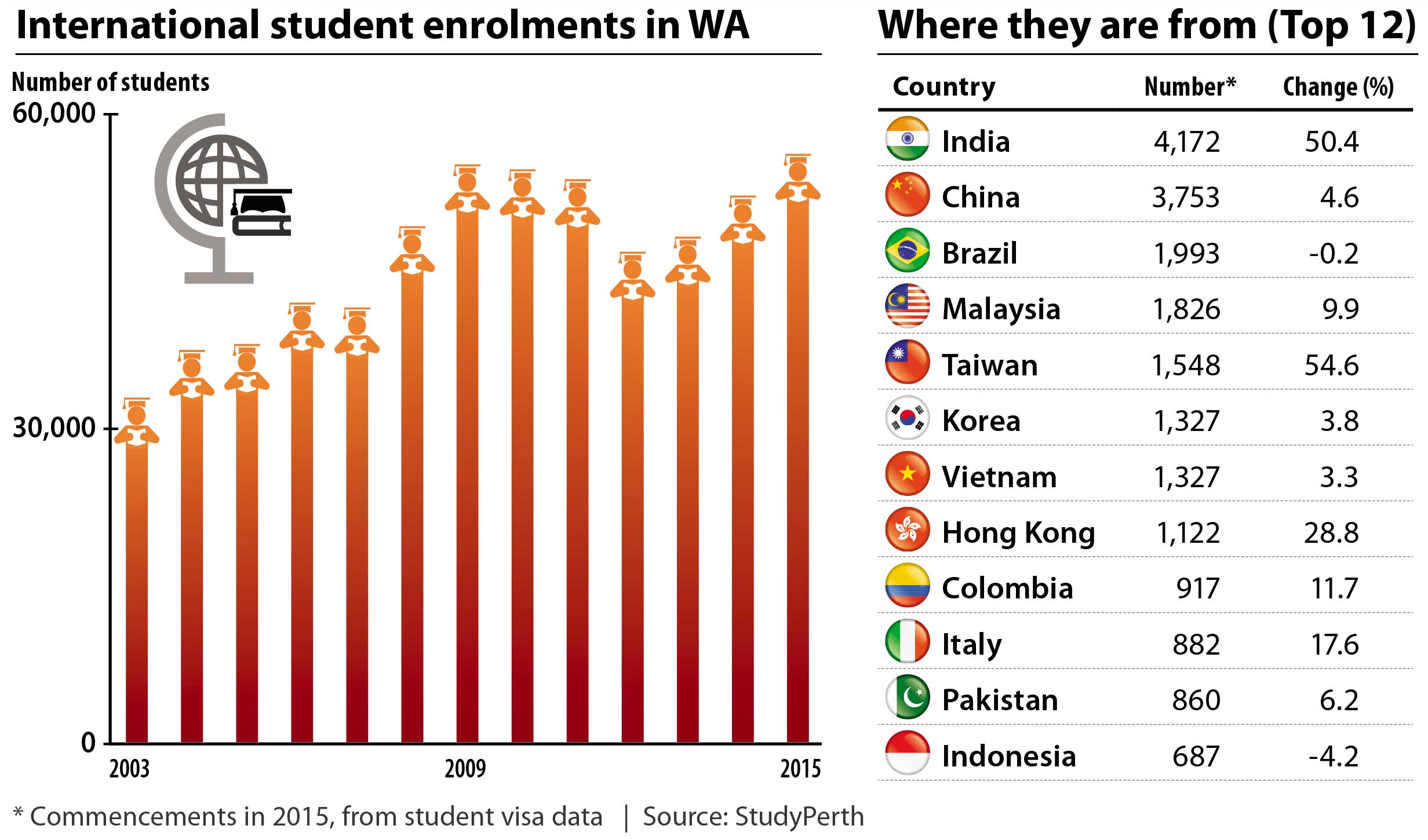 One of WA’s strengths was the diversity of sources, with students coming here from 140 countries as diverse as Bhutan, Poland and Oman.

Mr Ryan said the big slump in 2011 and 2012 flowed from two trends – the lack of spaces at WA high schools in prior years and the increase in WA’s cost of living during the mining boom.

He faces an uphill battle changing perceptions, particularly Perth’s reputation as an expensive city, despite having facts on his side.

The Economist Intelligence Unit’s latest worldwide cost of living survey, released in March, found that Perth is the cheapest major city in Australia, below even Adelaide.

WA’s five universities, which account for about 70 per cent of the international students here, have very different approaches to the market.

Curtin University is by far the biggest player, with 8,700 international students studying in Australia (China is the biggest source country) and a further 7,700 studying offshore.

Collectively, that equates to 31 per cent of its total student load.

A strategic review last year led to the decision to wind-down Curtin’s Sydney campus, which had 800 international students.

However Curtin has retained its two offshore campuses – in the Malaysian state of Sarawak, established in 2002, and Singapore, which opened in 2008.

Deputy vice-chancellor international Seth Kunin said the main focus of last year’s review was to allow Curtin to have a more cohesive and agile approach to international activities, and in developing new products.

“Additionally the university is increasingly focusing on developing high-quality partners which will enhance our international research both in quality and scope,” Professor Kunin said.

The University of Notre Dame Australia sits at the other end of the spectrum; it has 213 international students at its Fremantle and Sydney campuses.

Vice-chancellor Celia Hammond, who has joined this week’s ministerial visit to Indonesia, said the differences between WA’s five universities was an important selling point for the state.

“They are all distinct and different,” she said, adding that Notre Dame’s smaller size helped it achieve high ratings for student satisfaction and teaching.

Edith Cowan University vice-chancellor Steve Chapman said he was working hard to lift the number of international students beyond the current 4,400.

“There is a very strong focus to grow our international activity, both onshore and offshore,” he said.

“Attracting full-fee paying overseas students is the most remunerative thing a university can do.

“For business reasons that is obvious, but there is more to it.”

Professor Chapman said international students enhanced the campus experience for all students and would build a network of ECU graduates globally.

ECU was very strong in India, but needed to diversify more.

“Where we really need to focus, and where we have a massive opportunity for growth, is in offshore programs,” Professor Chapman said.

“Our dean of business and law has been in Malaysia, our dean of science is just back from Singapore, I’ve been in Dubai … there are big opportunities.”

Professor Chapman said ECU would focus in areas with a competitive edge, such as performing arts, cybersecurity and para medicine.

Murdoch University has built up its international student numbers mainly through offshore programs.

In 2015, it had 7,924 international students enrolled through partners in Singapore and Dubai and about 2,500 in Australia.

Murdoch added to its Singapore ties last year with the launch of a research centre focused on productivity and innovation.

Vice-chancellor Eeva Leinonen, who took on the role last month, said the current balance worked well but the university was seeking more international students in Perth.

“It’s good financially to have diverse revenue streams, but it’s much more than that,” she said.

Professor Leinonen said it was important for Australian students to interact with people from other countries and cultures.

The University of Western Australia is carving a different strategy in its pursuit of international students.

UWA has about 5,100 international students, equal to 21 per cent of its student population.

Vice-chancellor Paul Johnson has identified the low number of full fee-paying international students as one of the structural flaws in UWA’s business model that needs to be rectified.

He said the real percentage was even lower, at 17.4 per cent, because the university had several hundred students enrolled in offshore programs with partners in Singapore and Hong Kong.

These programs charge low fees and in some cases barely cover costs, and as a result they are being closed down.

The official opening last month of Westa College in the Chinese city of Chongqing signalled the future direction of UWA’s ambitious offshore strategy.

Westa is operated by Southwest University – a 110-year old Chinese institution – in partnership with UWA and the University of Tasmania (UTAS).

The teaching load at Westa will be shared equally between the three founding universities, with UWA and UTAS sending staff to Chongqing.

All programs will be taught in English.

Westa students can opt to study four-year bachelor degrees in Chongqing, for which they will receive the Southwest degree, or transfer to Perth or Hobart at the end of their second year in order to qualify for both the Southwest and Australian degrees.

The college is authorised to enrol up to 920 students, who will require an entry score equivalent to an ATAR of 97 or 98 to qualify.

It builds on a separate agreement signed in 2014, under which 200 students are studying at Southwest towards UWA’s master of electrical engineering pathway.

“It demonstrates the highly significant role that education plays in bridging cultures and promoting diversity while giving graduates a global advantage and deepening China and Australia’s relationship,” he said.

The college’s grogram would also offer development opportunities for staff, and ensure a flow of well-prepared students onto campuses in Perth and Hobart.

Professor Johnson said many Australian students would in future work overseas or for multinational companies, and would benefit from interacting with international students.

“Students need to succeed educationally, socially and culturally,” he said.

While each of WA’s universities has its own strategy for international students, all are backing plans for student accommodation in the CBD.

UWA has put one of its top executives in charge of this project, with Gaye McMath appointed this year to a new role as executive director, Perth Education City.

The goal of this project is to attract purpose-built and affordable student accommodation and other facilities in the Perth CBD. 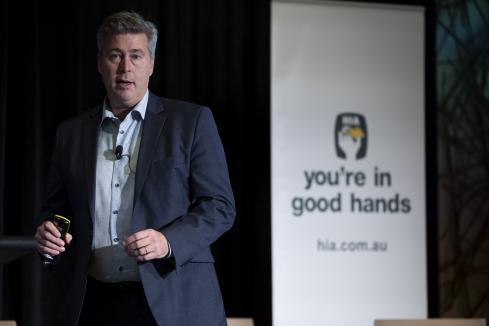