Tyranna Resources has entered into a term sheet to divest its remaining South Australian gold assets, in a $1m sale of the 319,000-ounce Jumbuck gold project to Syngas. The company will now concentrate on its advanced Eureka gold project near Kalgoorlie in WA, which has a higher grade than the SA assets, is located on granted mining leases with excellent supporting infrastructure, including options for toll treating of ores nearby. 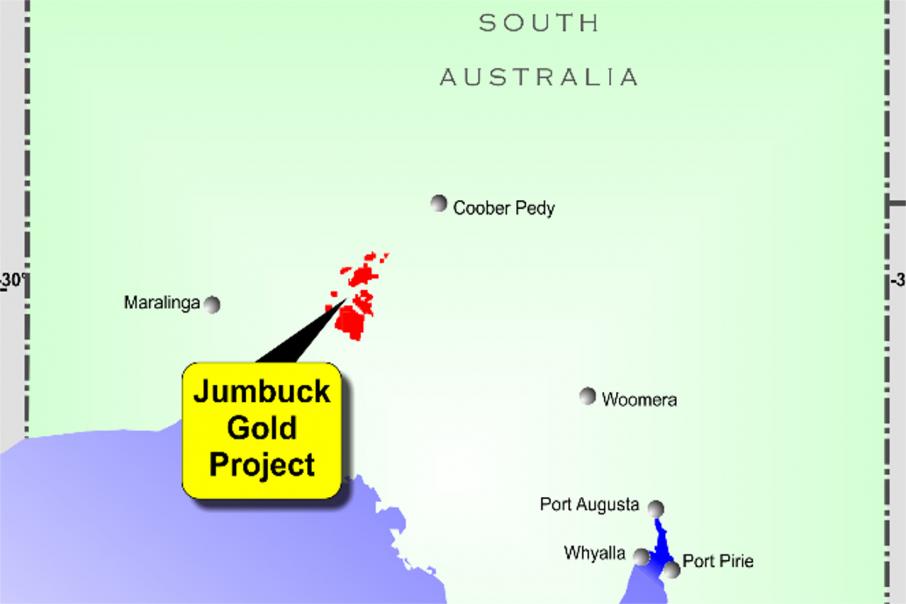 Tyranna Resources has agreed to enter into a term sheet, with fellow ASX-listed company Syngas, to sell its interest in the South Australian Jumbuck gold project for $1m in cash.

The proposed deal will see Tyranna divest the remainder of its gold asset holdings in that state to concentrate its efforts back in WA, specifically on the Eureka gold project, located 50km north of Kalgoorlie.

Challenger has historically churned out over 1 million ounces of gold at about 6g/t gold.

Upon completion of an initial 30-day due diligence period, the companies have agreed to enter into a definitive share purchase agreement and any other agreement that might be necessary to effect the acquisition.

The Jumbuck gold project is located in central SA, within the geological Gawler Craton, about 730km northwest of Adelaide and 250km north of the port city of Ceduna.

The project is at an early stage of development and contained no historical records of gold production until the discovery of Challenger in 1995.

Little definitive regional exploration work outside of Challenger has been carried out by other operators in the region until Tyranna concentrated its efforts there over the last couple of years.

With that project now divested, Tyranna will seek to further develop its Eureka gold project in WA, which has a higher grade than the SA assets.

Eureka is located on granted mining leases and has excellent nearby infrastructure, including multiple options for possible toll treatment of any future gold ore streams.

The company has now lodged all mining approvals for the project, where it has a defined mineral resource of 762,000 tonnes grading 1.8g/t gold for 43,100 ounces and it intends to restart mining operations based on currently elevated gold prices.

Tyranna also recently renewed its mining claims at its Goodsprings base metals project in Nevada, USA and it has lodged a drilling approval application with authorities in Las Vegas which covers four drill sites with a focus on defining high-grade cobalt mineralisation.

The company is now in the process of engaging a local contractor to progress the statutory drilling applications.

Tyranna has also recently reshuffled its board, bringing in experienced executive, David Wheeler, as a director, as it looks to refocus its efforts back onto the Eureka gold project in WA and the Goodsprings base metal project in the US.

Mr Wheeler has more than 30 years of senior executive management, directorship and corporate advisory experience and is a founding director and partner of Pathways Corporate, a corporate advisory firm that undertakes work on behalf of family offices, private clients and ASX-listed companies.

He has also engaged in business projects in the USA, UK, Europe, New Zealand, China, Malaysia, Singapore and the Middle East, with solid experience on public and private company boards.