The traditional tender process for construction procurement may be exacerbating problems associated with the tight construction market. 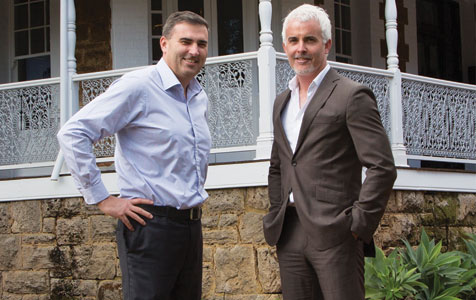 TENDER ISSUE: Michael Read (left) and Lloyd Clark from Match say the design and construct model avoids many of the common pitfalls of the tender process. Photo: Attila Csaszar

The traditional tender process for construction procurement may be exacerbating problems associated with the tight construction market.

Fierce competition for construction contracts is pushing builders to cut their margins in a bid to win work and support cash flow.

It’s a trend that has spooked developers and prompted a warning from the Master Builders Association to builders working on ‘wafer thin’ margins.

MBA WA executive director Michael McLean said he was very concerned that some builders were not building any fat into their construction quotes to cover unforseen issues.

The issue has the potential to adversely affect both private and public projects in Western Australia.

“We are currently in discussions with Building Management and Works to ensure they scrutinise prices and don’t just accept the lowest price, particularly if the lowest tender is way off the mark,” Mr McLean said.

Fears of further building company collapses is driving construction work to the big name firms, but it has also sharpened the focus on alternatives to the traditional tender process for construction procurement.

Boutique developer Match claims the design and construct (D&C) model, which is already the industry standard for large-scale projects, avoids many of the common pitfalls of the tender process.

Match believes the D&C model can reduce the risk of costly budget and schedule over runs and ensure tricky construction issues are addressed in the early stages of a design not at the end, when budget-driven alterations can affect the integrity of a project.

The architect and builder work in partnership with a D&C model unlike in a tender, where construction companies quote on the cost of building a finished design.

D&C is already widely used for big budget building projects in WA, and Match believes it should be more broadly adopted for small to medium-sized developments.

Michael Read, who heads up Match’s building division M-Construction, said the D&C process provided an opportunity for the builder to appreciate the motivation behind a project rather than just seeing it as a series of costs centres.

On the other side of the coin, he said developers needed to engage with a builder in the early stages of a project and reap the benefits of the builder’s knowledge of materials and logistics

“The D&C process allows us to look at the organisation and the project in its entirely, therefore we can help at the early stages reduce the risk of delays and budget blowouts,” Mr Read said.

Match managing director Lloyd Clark said the D&C model was an investment in certainty for developers and he didn’t understand why it was not more widely used on mid-scale projects.

“So often through the traditional tender process if there are cost issues post-tender ultimately the project is compromised,” Mr Clark told Business News.

“And so by bringing the builder in with a more collaborative approach at the early stages, it’s essentially buying certainty … and that’s something as a developer we understand.”

Paul Blackburne has used a D&C process for a number of Blackburne Property Group’s projects, but he said it didn’t suit all projects or market conditions.

Mr Blackburne said builders often didn’t have the time to complete a tender submission during boom times, but that was not the situation in the current market.

“At the moment there are quite a few financially strong builders with the capability to take on more work, so it’s better to tender” he said.

But he warned those drawing up a tender list needed to be selective.

“There are builders out there tendering at very low margins to keep the work coming in … there have been some building company collapses and I think there will be a few more to come,” Mr Blackburne said.

“As the result, the bigger builders are getting a lot of business because there is this flight to safety.”

QUBE started construction on its biggest project to date this week after signing up the Perth office of GHD as anchor tenant for 999 Hay Street.

The builder for this 10,800 square metre office development will be PACT, which has been QUBE’s construction partner for the majority of its commercial projects.

Managing director Mark Hector said this partnership underpinned the quality of their developments.

“We do not tender out the construction works but deal directly with a proven builder to ensure that on completion we get a building of quality, which is completed on time to meet our tenant’s time frame and we know PACT will deliver,” Mr Hector said.