The fate of Perth companies iiNet and Amcom Telecommunications rests with Sydney competitor TPG Telecom and its reclusive chairman David Teoh, and possibly with the competition watchdog, after a day of surprises. 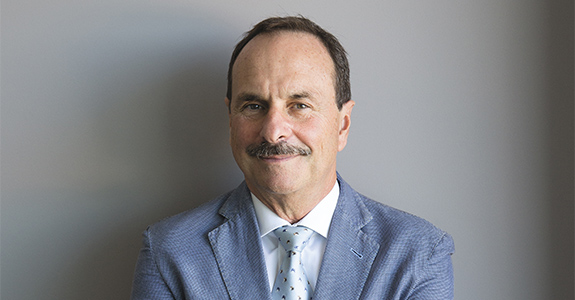 The fate of Perth companies iiNet and Amcom Telecommunications rests with Sydney competitor TPG Telecom and its reclusive chairman David Teoh, and possibly with the competition watchdog, after a day of surprises.

TPG has acquired a blocking stake in Amcom, after lifting its shareholding to 18.6 per cent on Wednesday evening.

The company said today it would use its stake to oppose Amcom’s friendly merger with Vocus Communications.

TPG has until next Tuesday, May 5, to submit a counter proposal for iiNet.

The next day, Amcom shareholders are scheduled to meet in Perth to vote on the scheme of arrangement with Vocus.

Both the Amcom-Vocus and iiNet-TPG tie-ups had been widely considered ‘done deals’, and the latest events show how M&A battles can quickly change.

In a statement this morning, TPG said it was a longstanding shareholder of Amcom.

It advised the market that “it intends to vote its shares against the announced scheme of arrangement under which Vocus proposes to acquire all of the outstanding shares it does not own in Amcom”.

“TPG supports the continued operation of Amcom as a standalone business under the stewardship of the current board of directors and management team.

"TPG has no intention to make any counterproposal to the current scheme.”

Amcom chairman Anthony Grist said he was confused as to why TPG would want to disrupt a transaction that would be in the best interest of all shareholders, particularly when TPG had no intention of providing a superior proposal.

“It would be disappointing to see a transaction which has received strong support from our 8,000 shareholders blocked by a minority shareholder who is acting in their own interest,” he said.

“While Amcom remains committed to pursuing the combination with Vocus, it is important that our shareholders recognise that they remain the owners of one of the leading telco brands in Australia, with low gearing and more than a decade of consecutive earnings growth.”

Mt Grist said even in the absence of the deal, Amcom would retain strong growth prospects and would continue to be a dominant player in its markets.

Vocus chief executive James Spenceley said he would be referring TPG to the Australian Competition and Consumer Commission.

“It does appear that they are just buying the shares to stop two companies merging to form a stronger competitor,” Mr Spenceley told Business News.

“The rationale may be that TPG doesn’t want a stronger national competitor.”

Mr Spenceley said there were precedents for companies to be found to be acting in an uncompetitive manner, even if they did not have a dominant market position.

Meanwhile, iiNet chairman Michael Smith said both offers for his company required careful analysis by the board, as TPG was offering $8.60 cash while M2 was offering shares in a significantly enlarged telco.

“There is some judgement required on our part, however, we do believe that based on the terms currently in front of us, the M2 proposal warrants triggering the matching right process with TPG,” he said.

Mr Smith said once TPG's position was known, iiNet's board would make a recommendation to shareholders about which offer they should support.

M2 chairman Craig Farrow said he was pleased the iiNet board had made this decision and that it acknowledged the value premium in M2’s offer.

However, in a statement, M2 said it wasn’t in the best interests of its shareholders to accept any delays that would prolong the TPG matching right process beyond what was reasonably allowed under the TPG scheme implementation agreement.

“As such, if M2 and iiNet do not enter into a scheme implementation deed by 5pm on May 6, M2’s current competing proposal and associated financing approvals will be withdrawn,” it said.

But it said it would reserve the right to submit another proposal to iiNet, despite there being no obligation to do so.