At the risk of being called a Luddite at best, and a heretic at worst, I have spent a bit of time over the past few months trying to understand the business case for social media – and failing. 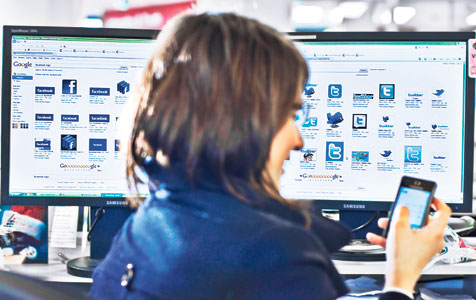 At the risk of being called a Luddite at best, and a heretic at worst, I have spent a bit of time over the past few months trying to understand the business case for social media – and failing.

Amusingly, after copping criticism from younger and eager believers in the wonder of social media platforms such as Facebook and Twitter, it seems that I am not alone.

Doubters might not actually be a lonely minority of dinosaurs from an age when newspapers ruled the media world. We might actually be the majority, perhaps not as users but certainly in discounting social media as a way of successfully doing business.

What seems to be happening is that, while social media is a wonderful tool for gathering a few million followers (or perhaps a billion in the case of Facebook), very few of the people using it are swayed by the advertising carried on the websites, or believe much of what they’re reading. And to cap it off, the alleged followers might not even exist.

Perhaps the game will change in the future, but all that seems to be happening today is that social media has become a global barroom filled with loud-mouthed self-promoters and fibbers who cannot be trusted to speak a word of truth.

Okay, that might be a slight exaggeration; but to test the strength of the case against unregulated mass online communications, take the time to follow a chain of letters written to one of the social media websites, or letters published on news sites.

My favorite use of the ‘rubbish meter’ is to track letters on the sites of The Sydney Morning Herald and London’s Daily Telegraph newspapers, where it seems that anyone with access to a keyboard can air their wildest fantasies and indulge in hours of pointless name calling and point scoring against other demented letter writers.

It gets worse on social media, but the problem is that you have to join first to discover how bad it can be.

In terms of being a waste of space, electrons and time the barroom chatter of popular websites has to be rated as a wonder of the modern age.

Advertisers and their advertising consultants are, however, besotted by numbers; so when a social media website claims to be able to reach millions of potential customers they find it hard to say no – but they soon will.

According to a survey of 18,000 Americans by top US opinion polling organisation Gallup, 62 per cent of respondents using social media sites said advertising on those sites did not influence their purchasing decisions.

It gets worse. Not only did 62 per cent say they were not influenced by advertising on social media, a further 30 per cent said it only had ‘some influence’.

So that’s an astonishing 92 per cent of those 18,000 people polled saying they are not influenced or any way, or only mildly influenced by advertising on social media.

As more data is gathered it will become clear that social media numbers are being gamed, or to put it more bluntly, some of the numbers are false.

In one case mentioned earlier this week a researcher discovered he could buy a few hundred votes of approval for a particular service promoted on social media at a cost of less than $1, knowing that none of the people giving their approval actually exists.

The problem is the same as being in the barroom mentioned earlier. There is an awful lot of noise but no-one can actually hear, or conduct, a reasonable conversation.

In business terms, social media might be an interesting way to spend money on advertising but it is almost certain that you will not reach many (if any) potential buyers of your services.

The business lesson is simple. Quantity does not equal quality.

What happens next is the interesting question, because the results of surveys like that by the Gallup organisation is that advertisers are going to demand greater accountability before wasting dollars on a campaign that might hit a million people without any of them buying what’s being offered.

A starting point in what must become the inevitable cleaning up of social media and wider web will be a search for truth, not just in advertising but in the content of stories, with reputable sites such as Business News able to cut through the trash to deliver accurate and timely news. As for crackpot letter writers, well, the sooner they are consigned to the rubbish bin of history the better.

What has been uncovered so far will not dissuade me from continuing to explore the world of social media as a fascinating communications tool – and should I find a business case for getting involved I’ll let you know.