Resource no guarantee of lithium value-add

WA is one of the world’s largest producers of lithium, but a plan to diversify from mining into advanced manufacturing opportunities will be tricky to shore up. 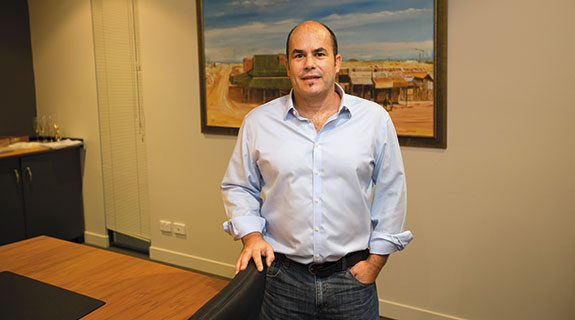 WA is one of the world’s largest producers of lithium, but a plan to diversify from mining into advanced manufacturing opportunities will be tricky to shore up.

A proposal to capitalise on Western Australia’s strong and growing lithium mining industry by developing a local manufacturing sector has received a positive early response from the state government.

Neometals stakeholder relations manager Simon Hicks, whose company is considering building a processing plant overseas, told Business News he had drafted a proposal and spent the past few months pressing for political and business support to set up new industries in WA that could process the raw product, as well as manufacture lithium batteries.

Several businesses in WA already build products incorporating lithium batteries for residential and commercial use, such as Energy Made Clean and Magellan Power, but no-one in the state makes the batteries themselves, or processes the raw material. 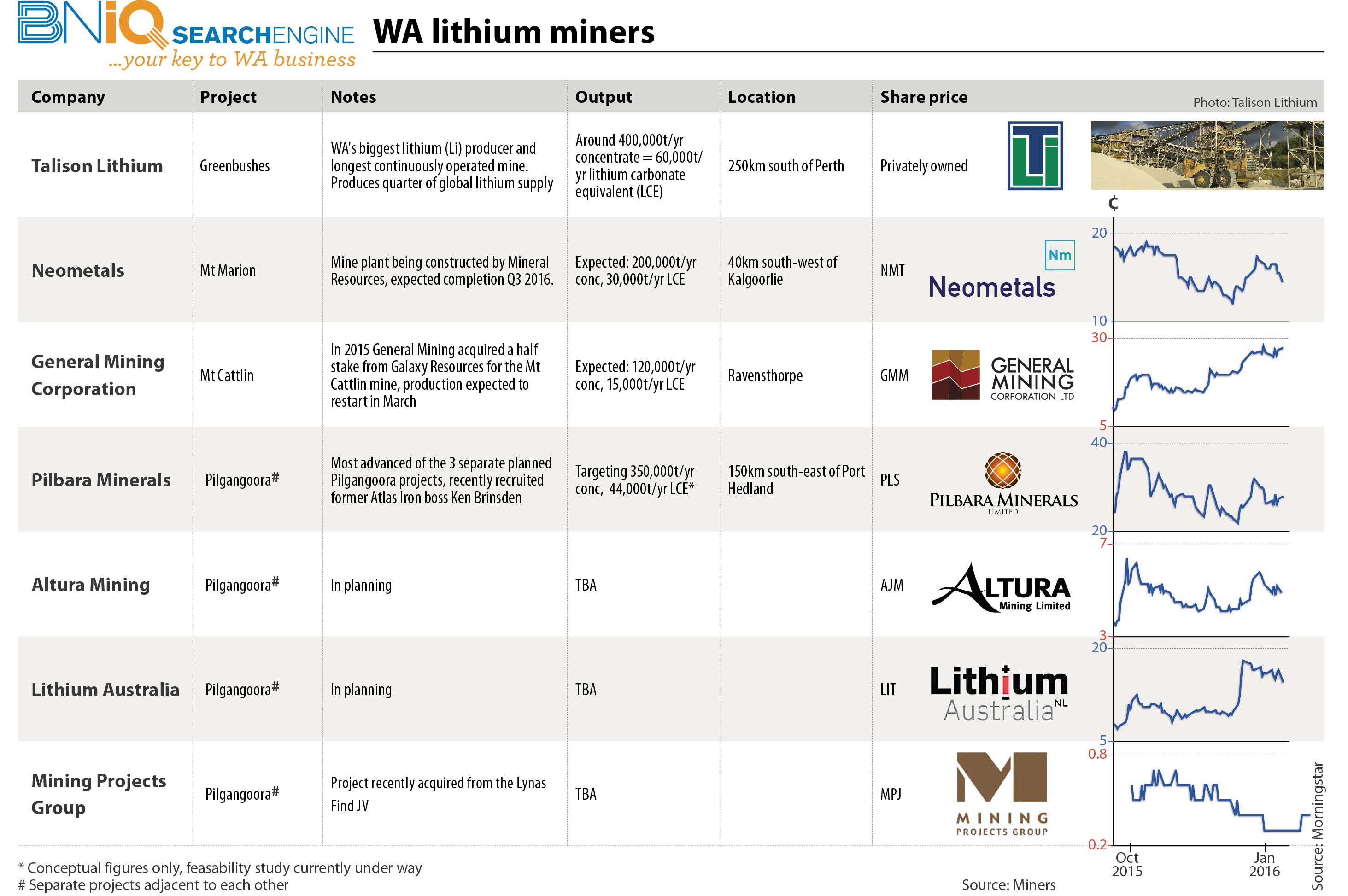 Currently, lithium produced in WA is shipped overseas at about 6 per cent concentrate, resulting in a large amount of transported waste and what Mr Hicks claims is a number of missed opportunities.

His plan to capitalise on these opportunities is based on WA’s stronghold globally as a lithium producer, with the long-established Talison Lithium mine at Greenbushes producing about a quarter of the world’s total supply, and several mines being developed due to add significant extra production.

Flow-on effects of his plan include job creation, greater uptake of the technology, and an opportunity to enhance the state’s energy security.

Mr Hicks said the proposal had received an initially positive response from the state Department of Commerce.

“I haven’t had anyone say it’s a bad idea, but we need to actually see some concrete progress made,” he said.

One obstacle to Mr Hicks’ plan for WA to become a centre for advanced manufacturing of lithium products is the generous, competing government incentives in other countries.

Nevada in the US has offered automotive and energy storage company Tesla Motors around $US1.3 billion in tax incentives, while Malaysia is seeking to attract new developments to support its own automobile industry.

“The Malaysian government has dangled the prospect of a 10-year tax holiday in front of battery related businesses to entice them to build their projects in Malaysia,” Mr Hicks said.

Neometals has had regular approaches from Malaysian authorities keen to benefit from the company’s plan to build its own processing plant overseas with a joint venture partner within the next three years.

Neometals is midway through a definitive feasibility study for such a plant, which is likely to cost $US80 million.

While it is unlikely the Australian government could offer competing incentives in time for Neometals to change course, Mr Hicks said his involvement in lobbying for the new industry was driven by a desire to produce the best outcome for WA.

“The only difference at the moment are the incentives and the awareness and the desire of the Malaysians to actually have us over there. They’re actively doing what I think we need someone here to do,” he said.

Chamber of Minerals and Energy of Western Australia deputy chief executive Nicole Roocke told Business News the mining industry was keen to consider opportunities laid out by Mr Hicks, particularly given the slowdown in the industry.

“I think there is a need for us to explore things like this, but it will come down to doing a business case and to being able to justify the investment and whether that’s by the companies or by the government,” Ms Roocke said.

“Do I think it’s critical we explore things like this? Absolutely, because we don’t have the pipeline of projects in the mining sector and the resource sector that we had even five years ago.”

Tesla, which offers a lithium battery storage system for homes called Powerwall, is now being sold in WA by solar PV installers Infinite Energy and Solahart.

Tesla has also joined forces with five network operators in South Australia, New Zealand and in rural Victoria and rural Queensland, to offer Powerwall to their customers.

A spokesperson for Horizon Power, WA’s state-owned rural grid operator, said the Powerwall and other devices could be used to connect to the grid, while battery storage installation was being trialled as part of exploring ways to meet energy demand quickly at a lower cost.

Magellan Power managing director Masoud Abshar told Business News the production of residential lithium battery storage units was a small part of his Bibra Lake-based business’s operations, and he had sold about 20 so far.

Most of these have been to the east coast and all to what he called early adopters.

“The problem is the return on investment is still about seven to 10 years.”

Energy Made Clean managing director John Davidson said two types of residential battery storage were being rolled out in WA – single unit systems and a bulk method being trialled in Alkimos by state electricity generator and retailer Synergy, which his Osborne Park-based business is involved in.

“We think the Synergy approach, which is building the equivalent of a couple hundred homes’ worth of batteries in one building with fire suppression and monitoring, is a much safer solution for today,” he said.

“What will happen, if the battery residential market follows the PV market, (is) we will be swamped with cheaper, lower cost, potentially lower quality batteries manufactured in low-cost manufacturing countries and there may not the vetting and the safety and the pressure release valves that go into the batteries that we build.”

“That’s everything from cost of energy to taxes and cost of labour and all those other things which we know we’re not competitive in.”