Half a century ago, research connected to UWA dramatically shifted the financial community’s understanding of the link between stock prices and accounting data. 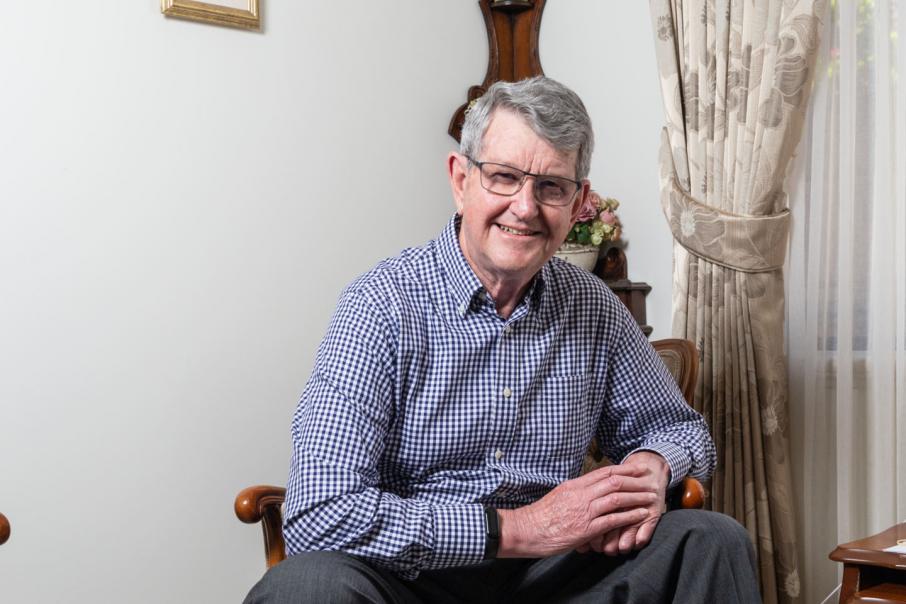 Half a century ago, research connected to UWA dramatically shifted the financial community’s understanding of the link between stock prices and accounting data.

Perth may have had little influence on global finance trends when Philip Brown arrived in 1968, but his research was set to have a transformative impact on the field.

So important have his findings been in the decades since that he, and his research partner, have earned major international recognition with a prize this year.

For the now retired professor of accounting and finance, it follows membership of the Order of Australia in 2012, a 2010 induction into the Australian Accounting Hall of Fame, and many years teaching at the University of Western Australia.

In the late 1960s, Sydney-born Professor Brown was returning to Australia after a stint at the University of Chicago.

While working on his doctoral thesis in Chicago, Professor Brown and another New South Welshman, Ray Ball, were coding an early computer in their spare time to compare the university’s New York Stock Exchange pricing database and the results from around 2,500 company annual reports.

The pair found that about half of a business’s share performance over a year, compared to the market generally, could be explained by movements in its earnings per share data.

That might sound like an obvious assertion, but Professor Brown told Business News scholars at the time had the view that accounting data was like comparing apples and oranges, partly because there were so many complex rules and interpretations.

“Back in the early 1960s the prevailing view among academics was that accounting was basically just ritual, it had little consequence to anybody as it was practised,” he said.

“That clashed strongly with Ray’s and my view.

“Accounting had survived for hundreds of years, so how could it survive with no economic role?

“Stock markets are not chaotic places when you look more closely; they were responding, prices were changing because of information coming to the markets.”

For their contribution to quantitative finance Professor Brown and Professor Ball have won the Wharton School of the University of Pennsylvania's biennial Jacobs Levy Prize, to be awarded in September.

They join a short list of elite winners who have had a major impact on the finance world, such as William Sharpe, one of the originators of the capital asset pricing model, Stephen Ross, who developed arbitrage pricing theory, and Harry Markowitz, best known for his work on modern portfolio theory.

Two of the three were also awarded Nobel Memorial Prizes in Economic Sciences.

Although Professor Brown worked on the project overseas, he was actually an academic at the University of Western Australia when it was eventually published, so the university is recognised in the paper’s byline.

Professor Brown, who retired from the university in 2013, said UWA’s accounting program had been ranked 13th in the world some years later.

“The person who told me about this said it was because of (the paper) that UWA first became known in accounting circles. I don’t know if that’s true or not, it may be apocryphal,” he said.

“It’s still, I think, the most heavily cited paper written since the 1960s in accounting.”

It took some years for the work to gain acceptance in the academic community, however.

“It was a far more, I hate to use the word, scientific or classical scientific way of looking at it,” Professor Brown said.

“Theory and predictions and then confronting predictions with evidence … whereas the literature up until that stage had been characterised by people casting around for evidence that would support their views.”

Professor Brown’s association with UWA has continued for the past 50 years.

At Chicago, Professor Brown studied under Milton Friedman, widely regarded as the most influential economist in the second half of the 20th century.

“I always said Professor Friedman was the greatest instructor I ever had, he was a remarkable guy,” Professor Brown said.

“That way of thinking about institutions and markets having emerged as rational ways of building economies, very much permeated the thinking (at Chicago).

“There was very much a strong belief in markets.”