PC push can’t leave any behind

Political correctness has no doubt been beneficial for society, but universities can help ensure common sense isn’t thrown out the window. 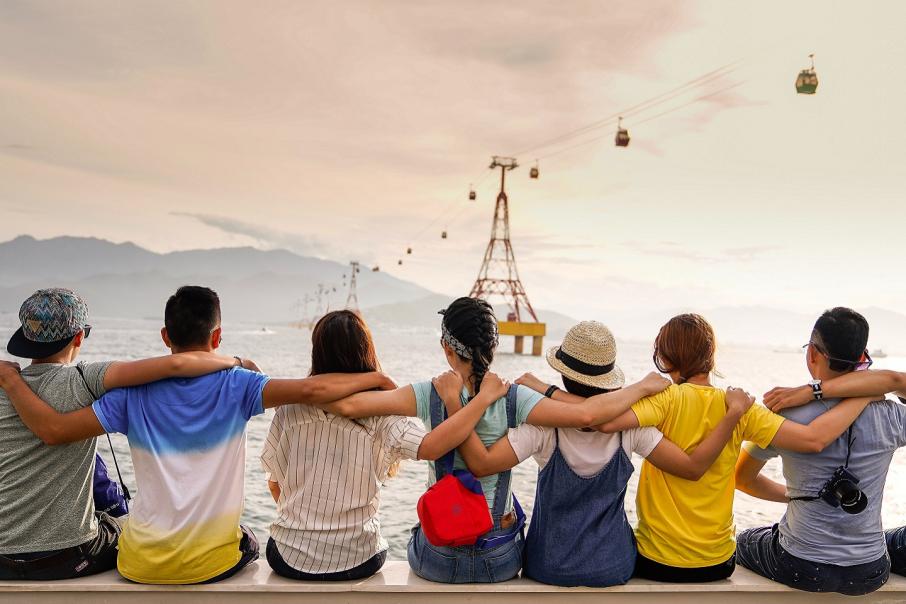 Language has evolved as our society has become more diverse. Photo: Duy Pham/Unsplash

Universities have long been considered at the vanguard in the adoption of politically correct language, but there’s evidence some in the sector are trying to swing the pendulum too far.

To be politically correct is to select words and actions that avoid offending, excluding or marginalising certain groups of people based on race, ethnicity, gender, age, sexual orientation or identity and physical capability.

Supporters argue it helps to promote and maintain social harmony.

Those on the other side of the argument tend to regard it as a form of heavy censorship.

Yet most will agree the PC movement has changed the language we use and that universities have often led the charge towards more inclusive language.

Many of us have made a positive switch from describing the ‘best man for the job’ to ‘best person for the job’, ‘Christian name’ to ‘first name’ and ‘sex change’ to ‘gender reassignment’.

But the PC focus has many asking whether the correctness can overreach. The answer is a firm no, according to an inclusive language guide published by staff at the University of Washington.

The guide attacks many of the everyday words and actions of people from around the world, including Australia.

For example, the guide argues, the word ‘housekeeping’ should be avoided because it can feel gendered and is a term that: “Carries a fraught history and connotation of women’s traditional domestic role as housekeepers”.

Blacklisting and whitelisting are considered racist terms as is ‘webmaster’ (master-slave connotations), which should be replaced with ‘web product owner’.

If you describe your personal shortcomings as ‘blind spots’ you could be accused of being ableist and you should use ‘motto’ rather than ‘mantra’, a term that for the Buddhist and Hindu communities symbolises a highly spiritual and religious experience.

It might surprise you to learn that ‘no can do’ should also be wiped from your vocabulary.

The guide claims the phrase is an abbreviated version of ‘I can’t do it’ and an imitation of Chinese Pidgin English that: “Dates from the mid-19th to early-20th centuries, an era when Western attitudes towards the Chinese were markedly racist”.

Be aware, too, that separating teams on the basis of colours (black, white, yellow, red) is based on ‘racist tropes’ and if you are in the travel industry, the guide says terms such as ‘blackout dates’ and an aircraft’s ‘black box’ are racist in nature.

The guide has attracted the attention of media around that world, with many commentators portraying it as political correctness gone mad, again.

Underpinning the commentators’ concern is that universities have a key role in shaping the minds of young adults, and they view guides like the University of Washington’s as out of step with broader community views. It would be easy to dismiss these concerns as a trend occurring elsewhere.

Yet we know what happens overseas does not stay overseas.

Some academics in Australia might be inclined to take a cue from universities in other countries and spark a new wave of ultra-political correctness across their institutions with a flow-through to the community.

Most of us are acutely aware of words and phrases from the past that cause distress to others.

Most also agree being PC has helped us to confront prejudices and reinforce and support the need for inclusivity.

Being PC has meant once-everyday words have been all-but eradicated in our community.

Most also agree we should continue to be on the lookout for genuinely offensive and discriminatory language and apply PC where it is needed.

But we also need to guard against a future where we hear people describing Easter eggs as autumn spheres, remove the words ‘reliable’ and ‘hard working’ from job advertisements for fear of upsetting lazy and unreliable applicants, and rename Christmas trees as holiday trees in an overblown attempt to be PC.

Our universities, therefore, have an important role to play to ensure that common sense overrides over-the-top political correctness.