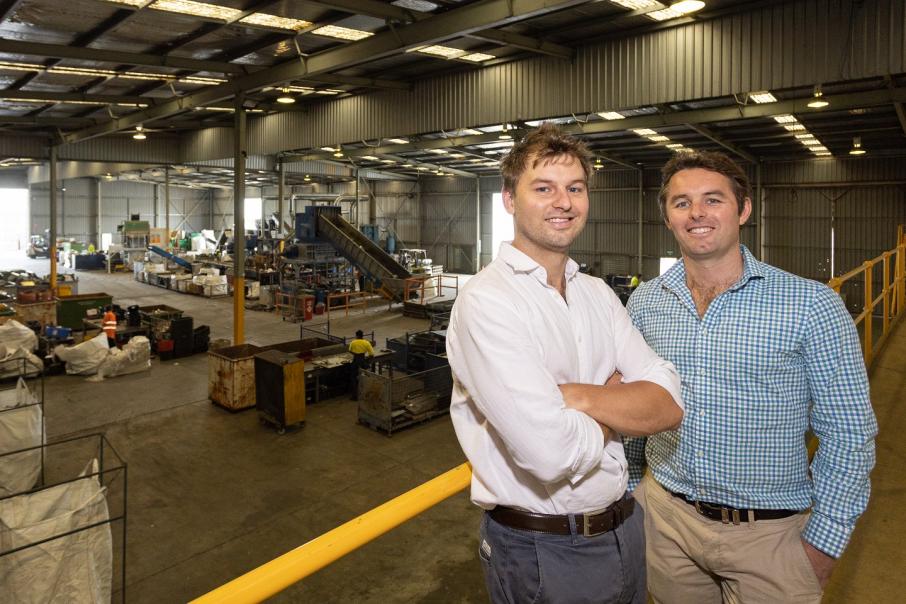 A lack of enforced regulation is making it hard for compliant e-waste recyclers to stay in business.

Brothers James and Michael Coghill, who founded Total Green Recycling in 2008, are frustrated by the state of the industry.

The most recent data from the Department of Environment and Energy suggests about 485,000 tonnes of e-waste was generated in Australia in 2016-17, and 50,000t of it was recycled in the National Television and Computer Recycling Scheme.

The scheme was established in 2011 to provide free collection and recycling services for televisions and computers, with the cost of recycling to be covered by the manufacturer.

“From what we have seen in the industry, there are two standards of recycling, one that’s compliant and one that says it’s compliant but they hide the realities of what is going on,” he said.

They said Total Green Recycling was struggling to be sustainable, as recycling in accordance with the scheme’s requirements was expensive and the business was competing with recyclers offering cheaper prices.

“We are still very much up and down … just getting through, hoping that we will be able to reach a point of real sustainability,” Michael Coghill said.

‘But for that to happen, again, we need support from the government.” 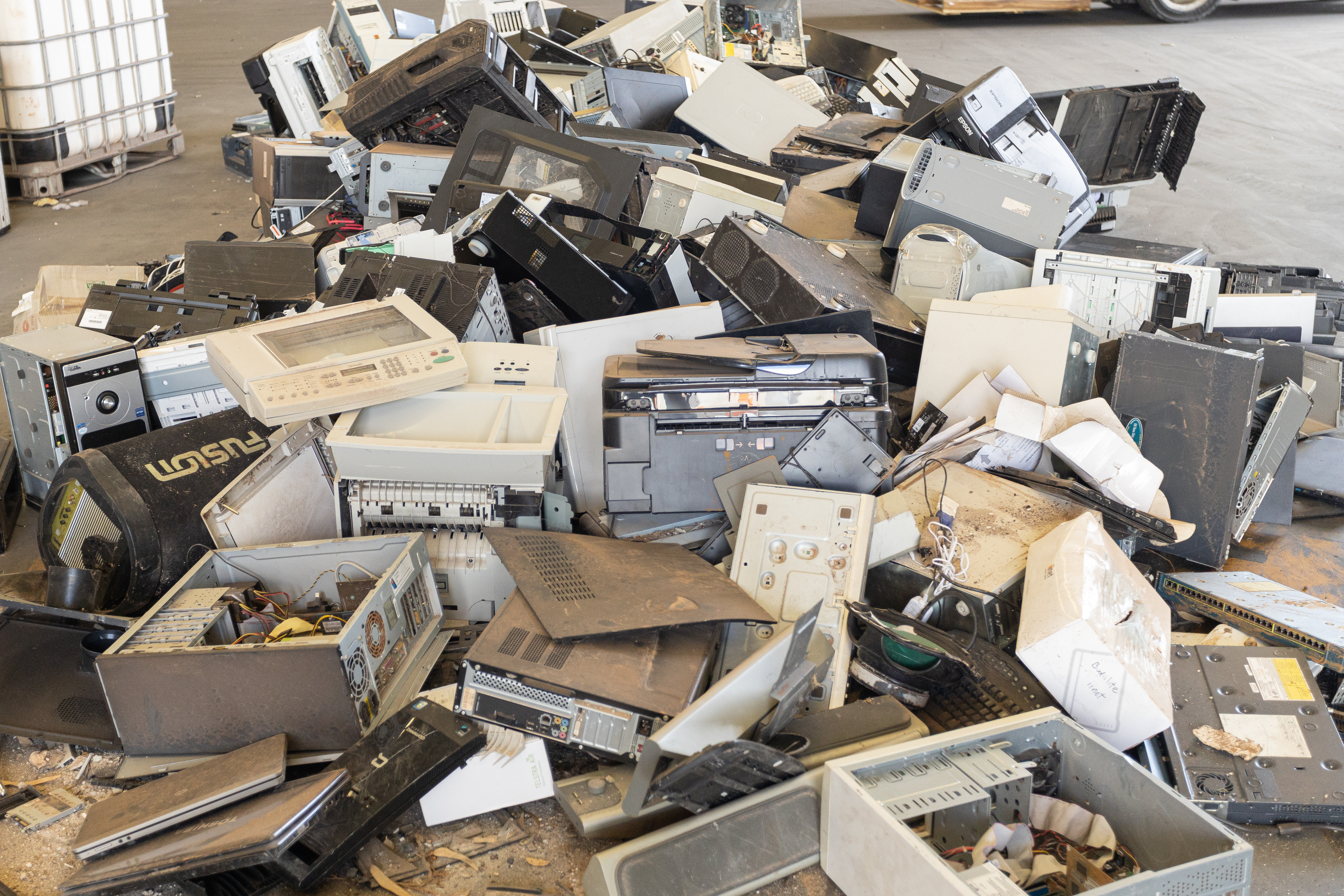 Total Green Recycling has a facility in Welshpool.

Strict enforcement of regulations overseas had led some e-waste recyclers to be sentenced for fraud.

In the UK in mid-January, brothers Jamil and Saleem Rehman from Electronic Waste Specialists were sentenced to five years and four months in jail and a 16-month custodial sentence suspended for two years, respectively, for submitting false documents claiming they recycled 10,600t of e-waste to receive payments of about $2.9m.

In the US in 2019, e-waste recycler Total Reclaim founders Craig Lorch and Jeff Zirkle were sentenced to two years and four months in prison each after shipping containers of flat-screen monitors to Hong Kong, while earning $7.8 million each from the business.

These groups collect e-waste from collection points and distribute it, and contract recyclers to meet recycling targets and a material recovery target.

Government funding for the NTCRS has halved from 2012-13 to 2017-18, which was reflected by the staff numbers in the regulator’s office dropping from 7.7 full-time equivalent employees to 2.4.

A spokesperson from the Department of Environment and Energy said the department was ramping-up efforts to enhance the NTCRS, with a team of 15 administering a range of projects and functions.

A review of the NTCRS was to be finished in the second quarter of 2019, but is yet to be released. 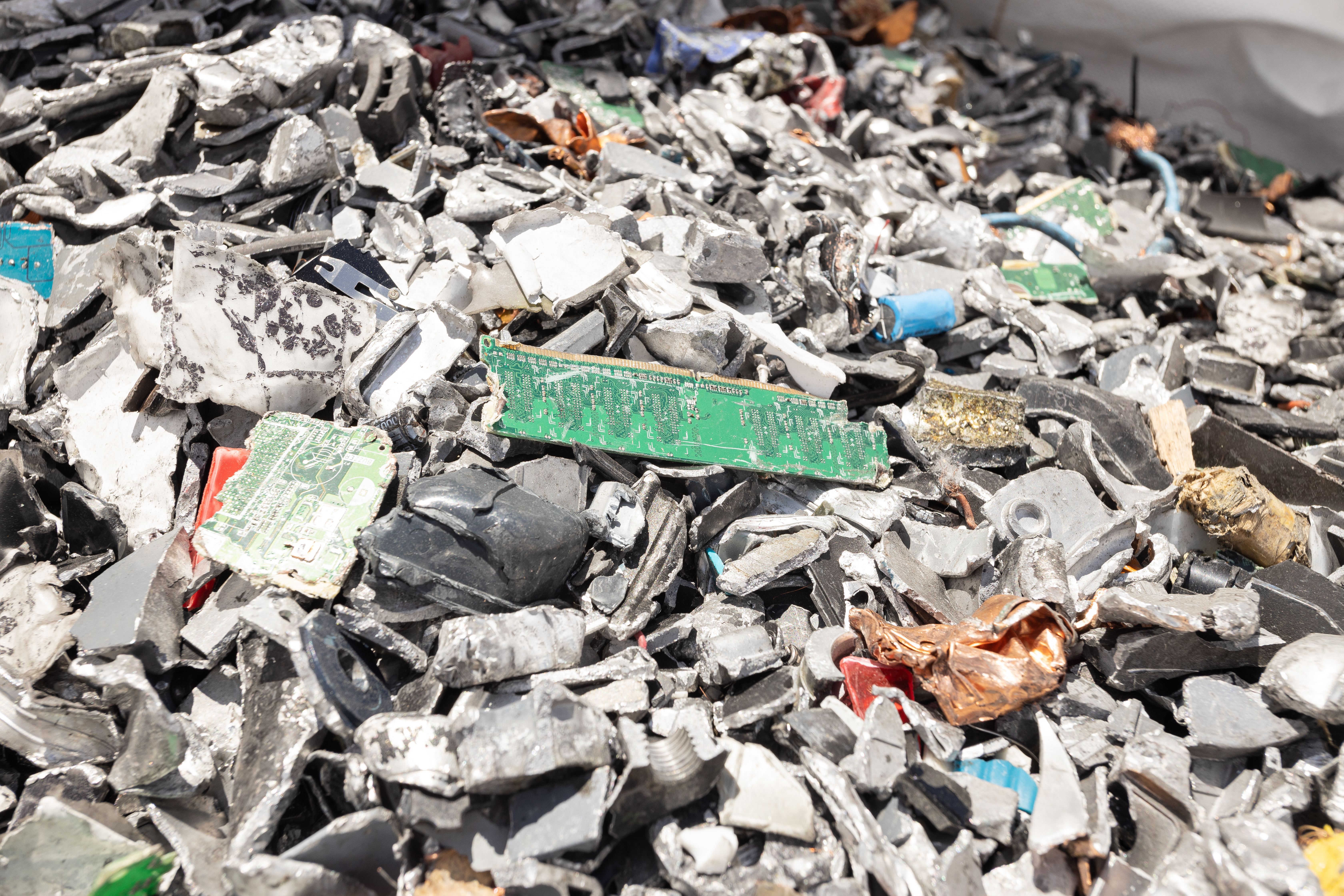 Materials are extracted and reused.

However, the issues recyclers have with the scheme are not new.

In 2017, the government commissioned an evaluation of the NTCRS by Australian Continuous Improvement Group, which found 54 per cent of recyclers who responded to the evaluation’s survey believed the scheme had a negative impact on competition within the industry.

One recycler who responded to the survey, who chose to remain nameless, said: “The marketplace has become very competitive. [W]hilst not adverse (sic) to competition in the industry, we are concerned that competitors may engage in unethical practice to undercut prices to retain contracts with co-regulatory arrangements, which in turn drives the market rate down to unsustainable levels.”

An anonymous manufacturer quoted in the evaluation report shared concern for the recyclers: “[There is an] uneven playing field for recyclers, i.e. those [who are] doing the right thing and can account for all the downstream processes are penalised by a cost driven model."

James Coghill said there were several things the government could do to improve the NTCRS.

“One thing they can do is review the scheme and expand it to all items,” he said.

“Secondly, they can introduce state-based targets, and thirdly they can conduct a complete review of outcomes in a scheme, not from a co-regulatory arrangement but from going direct to recyclers and getting validation of their paperwork and showing what they have actually done.”

One of the four co-regulators, Electronic Product Stewardship Australasia, owned by Sims Metal Management, said in its 2017-18 annual report: “The costs associated with fully compliant outcomes is real and the cost of delivering such is coming into conflict with the price offered in the market to secure members to arrangements.

“Corners will be cut in the future and we will continue to see more illegal exports of products offshore.

“We all too often forget that this is a recycling scheme with the aim of diverting e-waste from landfill whilst maximising the material recovery from all commodities liberated from the process.”

Australia New Zealand Recycling Platform is the industry-led co-regulator governed by board members from the manufacturing sector including Dell, Toshiba and HP.

“We require all our recyclers to be accredited and then we additionally audit them ourselves with our own independent auditors and we also cover off on safety and environmental requirements at the same time,” Mr Overton told Business News.

He said the sector was tough for co-regulators as well.

“It’s a competitive environment for the co-regulators so we are competing against three other co-regulators, two others who are recyclers in their own right and they are very much pushing the price down,” Mr Overton said.

ECycle SA founder Michelle Morton started her e-waste recycling business in 2005 in South Australia and is now winding it up after being found non-compliant by a co-regulator, a ruling she disputes.

Ms Morton told Business News the government had to reflect on the multiple conflicts of interest the scheme allowed.

“They have to stop considering that the producer [manufacturer] organisations are the best ones to run these schemes,” Ms Morton said.

She said co-regulators that also operate as recyclers present another conflict of interest, as they choose where the e-waste they collect was recycled.

“Even if I were to work under the scheme, I would not be able to survive because the rate they are paying is below cost,” Ms Morton said.

“And outside of the scheme I can’t survive either because … they capture every single target market.”