Gawler Craton-focused gold hopeful, Indiana Resources has commenced RC drilling at its Minos gold prospect in South Australia where it plans to pump 1,500m of test holes into the Lake Labyrinth Shear Zone, following up historical gold hits including 12m at 10.36 g/t, 24m at 2.18 g/t and 6m at a healthy 12.37 g/t. 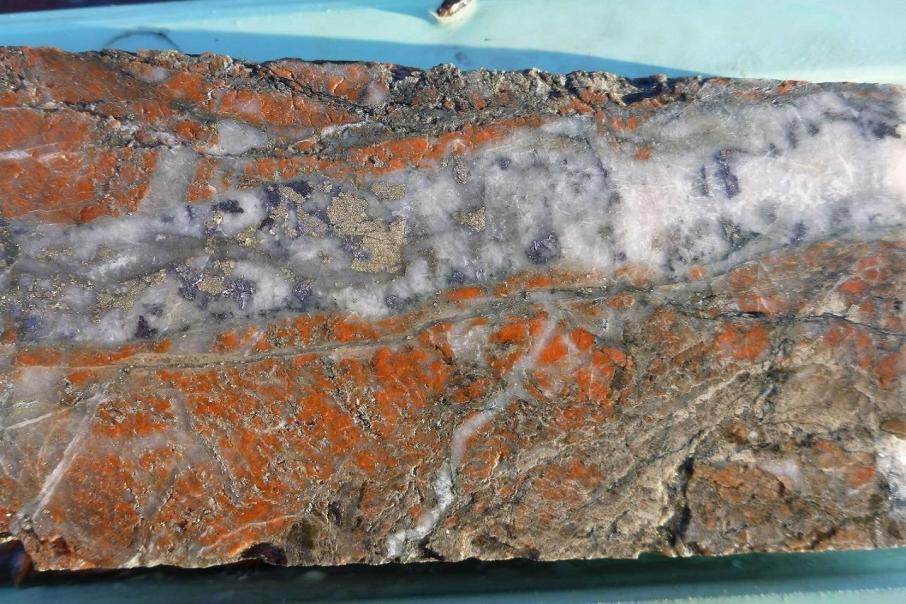 Gawler Craton-focused gold hopeful, Indiana Resources has commenced RC drilling at its Minos gold prospect in South Australia where the company plans to pump 1,500 metres of test holes into the Lake Labyrinth Shear Zone, or “LLSZ”, to follow up historical gold hits including 12m at 10.36 grams per tonne from 120m downhole.

Indiana has two prospects straddling the LLSZ within one of its Central Gawler Craton project tenements.  Minos and its south-eastern sibling, Ariadne are spread over a kilometre or two of strike length along the LLSZ.

Both Minos and Ariadne have returned a bevy of solid historical gold drill intercepts, with one hold at Ariadne returning 8m at 2.08 g/t from 29m downhole and 11.0m at 2.44 g/t from 40m.

Indiana’s ground is well positioned on the uber-rich Gawler Craton mineral field amongst a host of other hopefuls including Vale, Marmota and privately-held Barton Gold. Barton has its clutches on the mothballed Challenger mine, with one-million-plus ounces, Tarcoola and the un-mined Tunkillia project which also boasts almost 1m ounces of gold.

Importantly for Indiana, its inventory of gold prospects is located in an area of historical, shallow workings which includes the Tarcoola deposit, sitting just 30km west of Minos.

Indiana Resources Executive Chairman, Bronwyn Barnes said:“We are very pleased that drilling has commenced at Minos where we have seen some excellent results from historic drilling. We plan to have the RC drilling completed before the end of the month with results available in February. This is the start of our upcoming exploration programme for the Central Gawler Craton for 2021 and we look forward to sharing results in due course.”

Perth-based Indiana Resources only recently pivoted out of Africa to secure a strategic position in South Australia’s Gawler Craton. The company’s tenements total a tad over 5,000 square kilometres and are scattered along a line stretching from Challenger to Tunkillia.

Whilst reviewing the historical data over its gold ground around the Minos prospect, Indiana’s technical team turned up a 48m length of un-assayed diamond drill core in the South Australian government’s drill core reference library.  The core was cut between 15m and 63m downhole.

The company’s management believes the core hole was likely drilled for metallurgical test work and was therefore kept intact. Not surprisingly, Indiana has jumped on it, slabbed it and sent it off for assaying with results expected in a few weeks.

Bronwyn Barnes added:“It is very exciting to have located this uncut and un-assayed diamond drill core that was historically completed adjacent to some excellent drill sections at Minos. We look forward to receiving assay results in the next few weeks that will further aid our understanding of the mineralisation at Minos”.

The market will no doubt be watching developments from the rotary diviner at Indiana’s Gawler Craton gold ground over coming weeks.