Hands up better than hands out

It’s time to rethink how we motivate students to achieve, and whether current strategies are doing more harm than good. 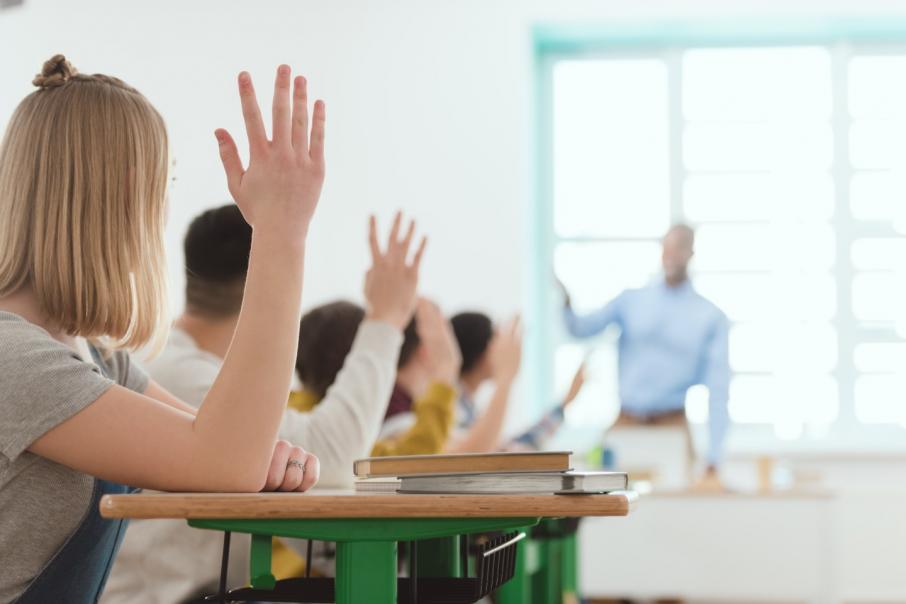 How best to motivate disengaged final year students struggling to remain focused in the middle of a global pandemic?

Leaders at a public school in Perth’s northern suburbs thought it might pay to offer their year 12 cohort a cash incentive if they achieved a rank higher than their year 11-predicted Australian Tertiary Admissions Rank.

It was an extraordinary response to unprecedented circumstances. It was also exceptionally short-lived.

While most experts were quick to describe the school’s response as well intentioned, educational authorities shut down the cash splash.

The school’s approach to motivating students reignited an age-old and much broader debate among government officials, education authorities, school leaders, teachers and, of course, parents: should rewards be offered to students to get things done, or should we instead rely on their inner drive?

Rewards dished up to children and adolescents are often described as ‘extrinsic motivation’, because they attempt to modify behaviour by dangling a carrot in front of a student.

It is the opposite of an individual’s intrinsic motivation or innate drive, because what is being done is of interest, relevant or perceived to be a step towards completing an important goal.

Much of what we encounter in life is tied to rewards.

As parents, we tell our children they will receive extra screen time if they keep their bedroom tidy for a week. In primary schools, we let students know they can pick something from the ‘treasure chest’ if they complete certain tasks.

Some of us tell final-year secondary students they will be rewarded with their own car, but only if they get into their first-choice university course.

And when some of those students eventually enter the workforce, they will be told they are eligible for performance bonuses.

Most experts agree the odd splash of external rewards is harmless. Incentives can be used with success to increase motivation, even if their impact is short-lived.

However, when rewards are offered regularly and over an extended period of time, they can be damaging by turning learning into a set of transactions rather than joy.

Those who are against frequent and consistent rewards hold the line that incentives can change an internal or natural desire to succeed or get things done to one focused on a ‘what’s in it for me’ motivation.

The scientific reasoning behind giving rewards to modify behaviour has its origins in experiments with rats. In a series of now-classic scientific experiments, rats were taught to repeat behaviours by learning that a particular action – tapping a lever in a cage – would result in the reward of food pellets.

Critics of a rewards-intensive approach argue the same logic that sits behind a bundle of semi-starved rats in a confined box cannot be applied to humans – not least because humans are far more complex than rats.

External rewards come with a plethora of flaws.

Children and adolescents can quickly become addicted to incentives and, over time, sought-after rewards are devalued to force the reward provider to up the stakes in the rewards game.

And if we are completely honest, we will recognise that rewards are attempts to control and manipulate students. Students will eventually work that out, too, and learn to play the game.

Children can learn from a young age that if they misbehave enough they can get adults to give in to them and reward them with what they want. They develop and refine the technique at home and then carry it into the classroom, demanding a reward for even the smallest tasks or actions.

Staunch opponents of reward rich cultures even argue that incentivising children and adolescents to achieve is like getting animals in a marine park or circus to do tricks for treats.

In a secondary school, it is unlikely that a one-off payment to improve results would have done any harm to under-pressure students.

But what is very clear is that the message accompanying each student’s bag of cash would have been powerful and potentially harmful: the reason to work hard is to fill your wallet rather than to enrich your mind.

School leaders, teachers and parents regularly bemoan an increasingly disengaged and unmotivated student population. Yet often what we put in place to arrest deteriorating standards – dangling rewards in front of those whose behaviours we want to change – is partly responsible for the bind we find ourselves in.

Perhaps it is time for us to rethink our approach.