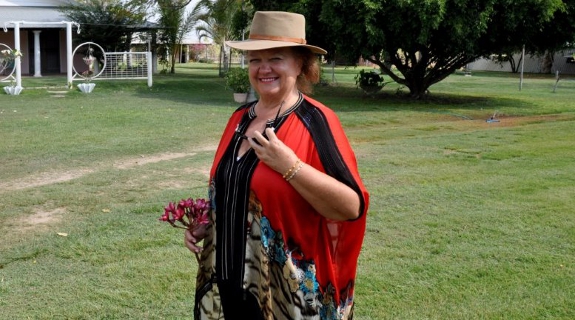 Gina Rinehart’s Hancock Prospecting has been affected by weak commodity prices and is bracing for more of the same, revealing its 2014-15 revenue slid by more than 22 per cent to $2.04 billion.

In a statement released this week, Hancock said the fall in the iron ore price had a direct impact on profits and cash flow for the year ending June 30, slicing revenue from the previous year's total of $2.63 billion, despite a 14 per cent increase in shipments at the half-owned Hope Downs mine following a ramp-up in production.

Operating profit was hit even harder, down 38 per cent to $663 million from $1.07 billion the previous corresponding period.

The company reported a net loss of $47 million but said that was a distortion created by the effect of the abolished Minerals Resource Rent Tax.

The firm is bracing for a softer 2016, although it expects that to be partially cushioned by production from the 70 per cent-owned Roy Hill project as it comes on stream in coming weeks.

Roy Hill will ramp up next year to capacity of 55 million tonnes per annum, making it bigger than the Rio Tinto-run Hope Downs mine, which is producing at an annualised rate of 44,000 tonnes.

"The group now has more than $6 billion in debt, which will continue to increase until completion of development and finalisation of all outstanding contractor payments," it said.

The company said that under the Roy Hill project finance documents, Hancock (together with the other Roy Hill shareholders) has an obligation to contribute further funds by way of subordinated shareholder loans to fund "any cost overruns or other specified events, should they arise".

Under the project finance facility, Hancock is also required to keep substantial funds in reserve.

"Overall Hancock Prospecting is in a solid financial position, however the depressed iron ore market, the substantial debt obligations due to the development of the Roy Hill project, together with the financial covenants noted above, require the company to maintain a conservative level of gearing elsewhere in the business and a financially responsible dividend policy," the company said.

Having borne much criticism over her status as Australia’s richest person, the statement regarding Mrs Rinehart’s principal investment vehicle was at pains to highlight the taxes paid by the business and its owner.

It said Hancock paid $637 million in state and federal taxes for the 2015 financial year, an amount beaten only once in the past five years despite the iron ore price fall. Overall, Hancock said it had paid $2.94 billion in tax since the 2011 financial year.

“Mrs Gina Rinehart, personally and through the HPPL private group, pays more tax than any other Australian, and her private company HPPL is amongst the ranks of Australia’s largest corporate taxpayers,” the Hancock statement said.

“Note that, at a time when many Australian companies are shifting investment offshore, Mrs Rinehart continues to direct investment in Australia and pays substantial taxation in Australia, while providing employment and work for many thousands of Australians.”