The state's philanthropic landscape is changing, with greater cooperation leading to improved outcomes. 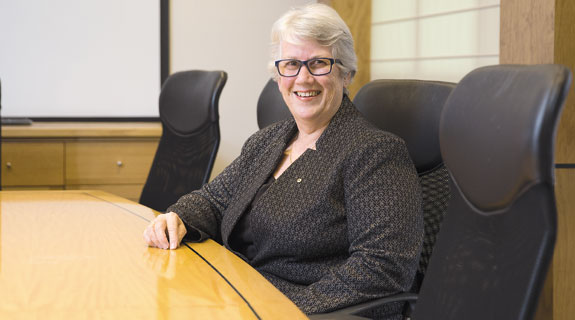 The state's philanthropic landscape is changing, with greater cooperation leading to improved outcomes.

A downbeat economic outlook has taken some of the shine off what otherwise has been a positive shift in the way Western Australians give to charitable causes in the past five years.

Despite that lacklustre performance, those involved in WA’s philanthropic foundations and charitable causes speak brightly about the impact of some recent changes in the sector. Among these was the shift in donor behaviour, with those giving now less reluctant to have their philanthropy made public.

There has also been greater collaboration and more partnerships among not-for-profit groups, foundations and the corporate sector to achieve common, longer-term outcomes.

Giving West chief executive Kevin MacDonald said the changes had been so significant they had profoundly altered the state’s ‘giving landscape’.

In particular, he added, the sector had learned to measure outcomes and educate itself on what comprised sustainable and effective giving.

“Significant progress has been achieved since 2010,” he said.

“It wasn’t a lack of generosity of spirit among West Australians, rather a lack of awareness on how to get involved, who could help and what vehicles and causes were available to donors.”

The slump in oil and iron ore has threatened improvements, however.

Mr MacDonald said organisations such as Lotterywest had reported an increase in demand for grants in excess of available funds last year.

“A downturn in the economy is having, and will have, an inevitable effect on giving in WA as we see the lowest level of economic conditions since March 2009,” Mr MacDonald told Business News.

“Business is hurting as a result of the downturn, with flow-on effects on unemployment, investment and spending, and therefore support for community programs.”

If the sector failed to adequately adapt to capture potential donors’ interest, Mr MacDonald said the most vulnerable in the community would suffer.

“Emerging areas of concern and growing need in the social services sector include homelessness, domestic violence, youth at risk, affordable housing, cost of living expenses, services and transport,” he said.

“These factors are causing more people to live in or on the edge of poverty than in the past decade. It’s a sad state of affairs for an affluent and resources-rich place like WA.”

At the coal face

Corporates were becoming more selective about the causes they support, and in many cases were decreasing the amounts they previously gave; families and people on lower middle incomes appeared to have halted donations as they felt the pinch; and more people had started making material contributions and volunteering their time, she said.

“We still see in our organisation one of the biggest groups of people who donate are pensioners and you can’t imagine what sort of commitment it must take to put in $50 a month when you’re living on an aged pension; that’s huge proportionally,” she said.

“It speaks volumes about the values and the sacrifice of people who make those sort of contributions.”

WA Council of Social Service chief executive Irina Cattalini (pictured right) told Business News while her organisation acted as peak body for the community services sector, lobbying the government on others’ behalf, social wellbeing was too big an issue to be left to just those who worked in the sector. “I think sometimes there’s a misunderstanding or a lack of understanding about what it genuinely is like to be living with disadvantage, vulnerability, poverty,” she said.

“People who don’t have any experience of it or connection to it – and we do live in a very wealthy state where it is easy for a number of people to be quite shielded from those issues – can be judgmental in really inaccurate ways … and think that it’s much easier to get out of that situation than it really is.

“(That) can lead to less compassion or less generosity, and also lower expectations of government to respond to those issues.

“I think it is incumbent on the business sector and the broader community to express its expectations of fairness from government when it comes to things like putting together a state or federal budget.

“It shouldn’t just be the remit of the welfare sector, it should be something that everyone is concerned about.”

“Philanthropy is incredibly important, not only philanthropy in terms of dollars given but also time and expertise given,” Professor Gilchrist said.

“In Australia today about 2 million people volunteer their time every year, so it’s a significant economic boost in kind to the capacity of those organisations and what they do.”

He said it was a myth that NFPs in Australia were less efficient or effective than profit-oriented businesses, and the two sectors were becoming increasingly cognisant of how they could cooperate in a mutually beneficial way.

“There is a science to philanthropy, to giving and businesses are recognising that a lot more now,” Professor Gilchrist said.