Two of Western Australia’s most prominent property identities – Dale Alcock and Adrian Fini – have formed an alliance to develop a purpose-built new headquarters for ABN Group in the centre of Leederville. 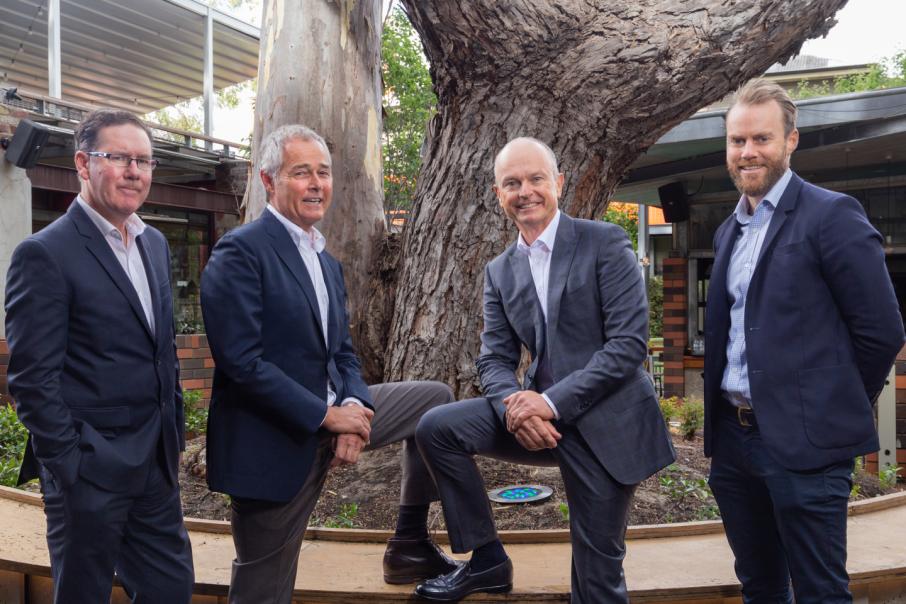 Two of Western Australia’s most prominent property identities – Dale Alcock and Adrian Fini – have formed an alliance to develop a purpose-built new headquarters for ABN Group in the centre of Leederville.

FJM will work closely with national architecture firm HASSELL on the project’s design, with plans expected to be lodged for approval next month, and construction scheduled to get under way by June.

The development, which has a $35 million construction cost, is expected to be complete by mid-2021.

Mr Alcock said ABN Group had been seeking a potential opportunity to co-locate its operations for around 12 months, with the Leederville site emerging as its preferred option.

“We spent about 12 months on that journey, and when we narrowed it down to our last two proponents it became a pretty easy decision.

“Part of that on our part was respect for Adrian and FJM being a long-term landlord, not just a developer who is looking to create it and flick it on.

“It’s great to know that you’re in it together for the journey, and that you’ll get the best outcome.”

Mr Alcock said the company’s search for a new home highlighted the lack of options for companies with large office space requirements, despite Perth’s office vacancy rate sitting around 19 per cent, according to the latest data from the Property Council of Australia.

“Going out and looking for 9,000sqm, in a location that you want with the amenity, can you find it in what’s already built? You can’t,” he said.

“It sort of counters the view that there are lashings of vacant office space – when you go out and look for something quite specific, it isn’t there.”

Mr Fini agreed that Perth’s office market had become increasingly segmented in recent months, with companies with requirements for bigger spaces having little choice in the premium or A-grade sectors of the market.

“Obviously there has been a lot of absorption of the larger floorplates in the market,” Mr Fini said.

“There are a lot of smaller floorplates remaining in the market, so it’s not that the problem has gone away, but if you were a company looking forward, you generally want to create an environment that actually creates a passion for the workers to be in that space.

“The way offices are used and their importance from a staff perspective is quite important.

“I think there will be growth in the office market ahead of us for the larger users who want to define new spaces and new environments for their teams and we are seeing some of it now.

“This is one move, and we know there are a couple of other organisations in the market looking for space because they can’t find what they want.”

Mr Fini said the project would be the second major office development the two companies had collaborated on, with ABN Group having constructed FJM Property’s headquarters on Subiaco’s Barker Road.

“We’ve known each other for a long time, so we’re happy and excited to do it,” he said.

“We’ve been property owners for 30 years in Leederville; we love Leederville and we’ve watched it become what is probably the most exciting village in Perth.

“We’ve just been waiting for 27 years for the right partner to make this one happen.

“We’d been looking for someone who we respect and who we’d worked with, and I think ABN Group and Dale have provided a great opportunity.”

“It’s got really good synergies – the essence of our business and our core operations is around homebuilding, so being part of a town centre and a community as vibrant as Leederville is pretty cool for our people and customers,” he said.

“The retail showroom amenity that we can drive there should be pretty stunning as well.

“That will challenge what people see as a builder’s showroom currently, around selections and technology – we see that as a very dynamic space that we will be able to create."

“In an environment where the last four years have been pretty flat in Perth, we’re looking right over the horizon,” he said.

“From our point of view, we’ve got Melbourne ... that’s going really well, it makes up half of our volume and that’s really allowed us to look to the future rather than just focus on the negative of Perth property over the last four years.

“Frankly this (downturn) is a little blip on the way to something bigger and much more exciting.”

City of Vincent Mayor Emma Cole welcomed both companies’ commitment to the project, saying that ABN Group’s 750 staff would be a real boon for the local economy.

“For Leederville to flourish, we need lots of people buying coffees, eating out, shopping for new clothes and making the most of what Leederville has to offer,” Ms Cole said.

“Having an extra 750 people there on a daily basis will be fantastic for Leederville.”

Ms Cole said the City of Vincent expected the ABN Group/FJM Property project to become a catalyst for further development in the Leederville town centre.

The City of Vincent has begun the process of developing new planning guidelines to create an activity centre in Leederville, to attract further residential and commercial development.

“We are really keen to have a mix – we’d like to see some mixed use in there as well, where you have retail on the bottom floors and residential above,” Ms Cole  said.