A federal government move to set itself targets for indigenous procurement has met with a disappointed response from established contractors, with one critic labelling it as ‘smoke and mirrors’. 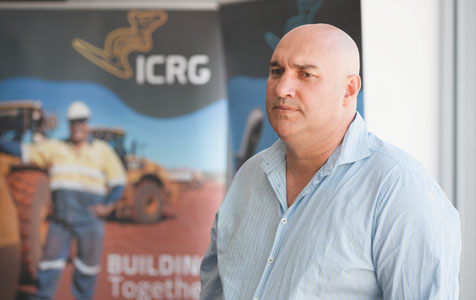 A federal government move to set itself targets for indigenous procurement has met with a disappointed response from established contractors, with one critic labelling it as ‘smoke and mirrors’.

The procurement targets fall a long way short of those recommended last year by Andrew Forrest's review of indigenous jobs and training; his report said the federal government should purchase at least 4 per cent (by value) of its goods and services from indigenous businesses.

That would have equated to contracts worth about $1.6 billion.

Under new procurement guidelines released today, the target is 3 per cent of all contracts by number, representing a potential 61-fold increase on current indigenous procurement levels.

However, to put this in context, the federal government is aiming for a minimum spend of $135 million per year.

In contrast, Mr Forrest's company Fortescue Metals Group on its own has awarded about 200 contracts to indigenous businesses and joint ventures worth $1.75 billion.

Indigenous Construction Resource Group chairman Clinton Wolf, whose company is ranked 7th on the BNiQ Indigenous Contractors list, said he was disappointed by the guidelines, describing them as ‘smoke and mirrors’.

“If it looks too good to be true, that’s usually how it works out,” Mr Wolf told Business News.

“I’m not disheartened, because I’m used to this kind of thing happening, but I am disappointed.”

Mr Wolf said the mining industry, which is one of the most competitive in the world, was able to achieve more than the federal government, which spends $39 billion each year.

He said the new policy “totally goes against the message we’ve been hearing from the powers that be”, and basically ensures the status quo continues.

"Indigenous spend will be an afterthought; the focus will be on how do I get my target as easily and painlessly as possible," Mr Bevan said.

"The proof will be in the pudding, but I can't help but think that the beauracrats have watered down the approach so that outcomes are more easily achieved."

However, she was concerned about the definition of indigenous business, being 50 per cent indigenous ownership.

“It leaves the door wide open for large mainstream businesses to JV with indigenous people or smaller indigenous business and then history repeats itself,” Ms Pellew said. “The federal government has implemented a substantial opportunity for indigenous business but we can’t deny there are opportunists that will take advantage of the loose eligibility criteria,” she said.

Finance Minister Mathias Cormann said the target was ambitious but the government was serious about achieving it.

“This policy is an important step in achieving the government’s vision for a vibrant and diverse Indigenous business sector,” he said.

The federal government is coming off a low base in pursuit of its new target.

Its initial target for 2015-16 is for indigenous enterprises to secure 0.5 per cent of all contracts. That will equate to 256 contacts.

The number to be awarded in each portfolio will be tied to the total number of contacts per portfolio. The defence portfolio awards by far the most contracts, and will therefore account for 70 contacts next year.

The target will progressively increase each year before reaching 3 per cent in the 2019-20 financial year. A figure of 3 per cent equals an estimated 1,538 contacts.

The inclusion of subcontracts and joint ventures is meant to assist smaller and less experienced indigenous enterprises enter the government’s supply chains.

The policy has been structured to encourage government agencies to enter higher value, longer-term contracts with indigenous enterprises.

It also includes a mandatory ‘set-aside’ for certain contracts, including all ‘remote’ procurement.

The mandatory set-aside will give indigenous SMEs greater access to the most relevant contracting opportunities.

The mandatory minimum requirements will apply to all new contracts delivered in Australia that are valued at $7.5 million or more, where more than half of the contract value is being spent in eight specified sectors, including building and construction, transport, education and training, industrial cleaning and farming.