Perth-based company Energy Made Clean has won a contract worth almost $4 million to build a battery storage system claimed to be the nation’s biggest. 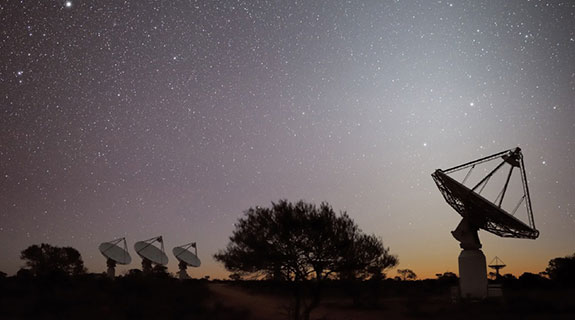 Perth-based company Energy Made Clean has won a contract worth almost $4 million to build a battery storage system claimed to be the nation’s biggest.

The contract for the 2.5 megawatt hours system, awarded by the Commonwealth Scientific and Industrial Research Organisation, is in addition to EMC’s contract with CSIRO to build a 1.6 megawatt off-grid solar PV project that will power part of Australian Square Kilometre Array Pathfinder, a technology demonstrator for the world’s largest telescope – the Square Kilometre Array.

EMC managing director John Davidson said the design, engineering and construction of the 2.5MWh battery, which will store energy from ASKAP solar PV station to provide power at night, would take place in Perth.

“Unlike the 2MWh battery currently being built in South Korea for a Victorian network operator (Powercor), the CSIRO battery system will create extensive Australia-owned IP,” he said.

Powercor plans to install a battery storage system south of Ballarat it claims will provide 3,000 customers with an hour of back-up power during an electricity outage.

In June, EMC was awarded a contract with Synergy to provide a similar, but smaller (1.1MWh) lithium battery storage system for 100 Alkimos Beach residents.

This latest contract to build the large battery storage system for the SKA will involve construction at EMC’s Osborne Park facilities.

The parts will be built into transportable containers that will then be delivered to the Murchison Radio Astronomy observatory.

Construction of the solar power station EMC is building for ASKAP (which includes more than 6,000 solar panels) is due to be finished by the end of this year, while the batteries and control system as part of today’s announced contract are expected to be built by the first quarter of next year.