A Perth-based clean energy company has been awarded another major contract with a deal to build a major solar power station that will power part of the world’s largest telescope. 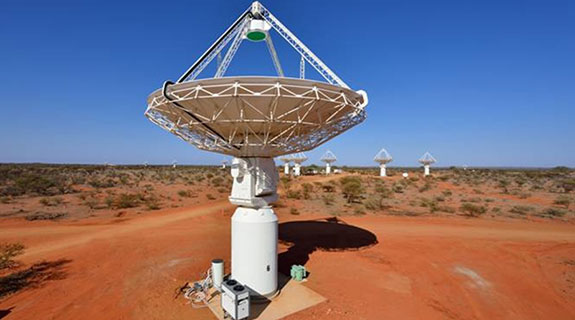 A Perth-based clean energy company has been awarded another major contract with a deal to build a major solar power station that will power part of the world’s largest telescope.

Energy Made Clean managing director John Davidson would not reveal the value of the 1.6 megawatt off-grid solar PV project at the Murchison radio astronomy observatory, but it is understood to be one of the Osborne-Park business’s biggest projects to date, following significant contracts awarded by Synergy for a large battery storage trial in Alkimos, and the Pilbara Meta Maya Regional Aboriginal Corporation for what is believed to be the state's largest off-grid power project.

It's understood the power project, which was initially announced with a value of $15.5 million in 2011, also involves Horizon Power and draws on Royalties for Regions funding, but EMC's contract is directly with the Commonwealth Scientific and Industrial Research Organisation.

ASKAP, as it is known, is part of the SKA radio telescope project being built in Australia and South Africa, which when complete will be the largest and most capable radio telescope ever constructed.

CSIRO said ASKAP would allow astronomers to answer some fundamental questions about the creation and early evolution of our universe, and to test some theories of cosmic magnetism and predictions from Einstein’s theory of general relativity.

As part of winning the competitive tender with CSIRO, EMC had to demonstrate it could deliver a specially designed inverter room that will preserve the pristine radio quiet environment required at the remote Murchison radio astronomy observatory.

Construction of the solar power station is expected to be completed by the end of this year.

Mr Davidson spoke exclusively with Business News about the solar project, as well as significant new developments at the business.

The full story will appear in the July 27 printed edition of Business News.

News of the 1.6 megawatt solar project in Murchison follows developers of Sandfire Resources' $40 million solar power station at its DeGrussa copper mine revealing that as many as 20 WA mines are considering solar on site, and Sydney-based Tag Pacific's announcement today that, through its subsidiary MPower, it will develop a $1 million solar PV and energy storage system at Yungngora, WA.

Tag Pacific said the remote area solar construction was being developed with an aim to becoming the forerunner of a packaged system for further remote site applications across Australia and the Asia-Pacific region.