Why do a university degree over three years when it can be finished in two? 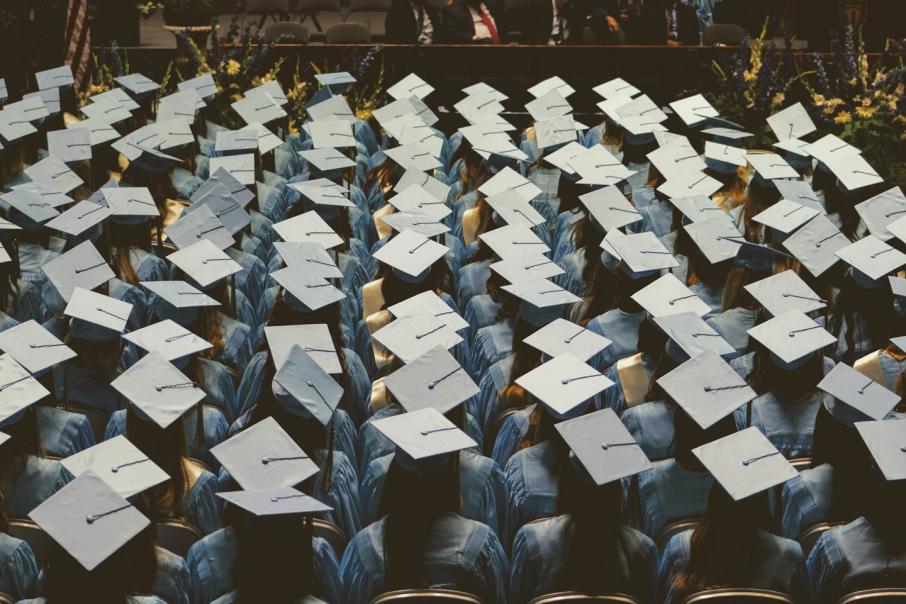 The bachelor’s degree is a university staple based on a history that can be traced back to medieval Europe.

In medieval times, candidates who had completed three or four years of study of prescribed texts of trivium (grammar, rhetoric and logic) and quadrivium (arithmetic, geometry, astronomy and music) – collectively known as the liberal arts – and then successfully passed examination by their master, were awarded a bachelor of arts degree.

While today’s BA bears little resemblance to that offered in the 13th, 14th or 15th centuries, for example, one aspect remains unchanged.

The period taken to complete many undergraduate degrees appears frozen in time, with most Australian universities continuing to make use of a three-year model.

But as universities reimagine their future in the wake of COVID-19, some pundits are questioning whether the standard three-year model continues to serve us well.

Those experts suggest the rusted-on three-year delivery model is both expensive and time inefficient for young people keen to enter the workforce, or those taking a break from their career to study.

In the current model, students are required to complete semesters or trimesters, which leaves the standard academic year taking up just two-thirds of the calendar year.

Using a fast-tracked model, students are awarded the same degree after studying the same content in just two years instead of three.

A two-year accelerated undergraduate degree is on offer in some universities in the UK and, in Australia, at Bond University in Queensland.

Under the Bond University model, students make greater use of the calendar year and study three semesters – or trimesters – in just one year, instead of the traditional two.

The net result is that six semesters of study are completed in just two years.

The Bond University arrangement is in place despite the fact the Australian Qualifications Framework, the policy for regulated qualifications in the Australian education and training system, places the volume of learning for a bachelor’s degree at three to four years.

Bond University explains on its website that its accelerated arrangement means a six-semester undergraduate degree and a three-semester master’s degree can be completed in just three years.

In other words, two qualifications could be gained in the same the time it would take students at another Australian university to complete just a bachelor’s degree.

Fast-tracked delivery models may not be the right fit for all students in all disciplines at all universities.

Those who oppose their introduction often describe the concept as gimmicky, so it is not surprising criticisms of two-year accelerated undergraduate qualifications are emerging fast.

Those against their widespread introduction argue that intensive learning may lead to burnout, because the standard vacation period of three to four months is being slashed.

Yet even with compressed learning, students studying an accelerated degree would likely receive four or more weeks of break time, like most of their counterparts in the workplace.

They also say the same tuition fees would apply, making a two-year intensive-styled qualification cost the same as its three-year equivalent.

In fact, in the long term, many students would likely be in a better position financially because they are able to join the workforce one year earlier than those needing to study for three years.

Critics say a two-year compressed degree may not allow a student to become fully immersed in the student experience: including working part-time, joining clubs and attending social functions.

However, advocates for accelerated degrees suggest students should be given the choice of whether to opt in or out of an extended or shortened version of the student experience.

Facilities experts have also weighed in on the argument, saying a condensed course makes for better use of infrastructure.

While two-year accelerated degrees may not be the right business model for every university, their emergence globally is providing food for thought.

Their very presence may also prompt universities around the country to reconsider delivery models that deviate from those adopted in medieval times, all as part of reimagining their education future.