The falling dollar is attracting foreign students and bolstering fees at WA’s universities, but it’s not clear whether this will restore their once-fat surpluses. 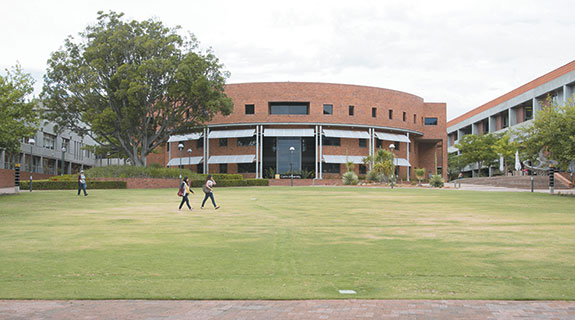 The falling dollar is attracting foreign students and bolstering fees at WA’s universities, but it’s not clear whether this will restore their once-fat surpluses.

Australia's plunging currency is attracting valuable overseas enrolments and shielding the state’s universities from the full brunt of this year’s ‘half cohort’, but the profitability of the state’s public universities remains under pressure.

And while the Abbot government agitated for fee deregulation in Canberra last year, the surpluses at all four public universities in Western Australia took a dive.

None felt the financial pain more than Murdoch University, which posted a $33 million plunge in its surplus, from $35.9 million in 2013 to $2.9 million, according to its 2014 annual report.

Murdoch has already foreshadowed a $10 million loss for 2015 and it plans to dip into its $150 million cash reserves to fund its ‘strategic investment program’ for this year.

A substantial profit from its St Ives Retirement Village development in 2013, as well as starkly lower investment returns in 2014, were to blame for the surplus slump, according to the university, along with increases in the total wages bill.

Murdoch was rocked by revelations last year that the state’s Corruption and Crime Commission was investigating allegations of misconduct against vice-chancellor Richard Higgott and senior academic staff.

Professor Higgott has since resigned, but the fallout from the scandal continues and the university’s 2014 financial result provided no relief.

In contrast to its three public rivals – Edith Cowan University, Curtin University and the University of Western Australia – Murdoch has not enjoyed a revival in its international student numbers.

The university’s acting vice-chancellor, Andrew Taggart, said international student numbers had been down for a number of years as the higher Australian dollar made alternative destinations, including Canada, the US and the UK, more attarctive.

He said fee revenue from international students was down as much as $1 million this year.

“That’s only the fees for the first semester so it will be closer to $2.5 million or $3 million for the full year,” Professor Taggart said.

“But we are developing new markets internationally and we are being much more targeted.”

He said the school leavers were the biggest challenge in WA.

Less than 10 per cent of students in many outer suburban high schools were on university pathways, Professor Taggart said, and statewide the figure was under 50 per cent.

“In Queensland it’s close to 80 per cent, and that’s a big difference,” he said.

Despite the collapse in Murdoch’s surplus, its revenue edged marginally higher in 2014, from $328 million to $329 million, and student numbers were down just more than 1 per cent.

The university said higher fee income drove the increase in revenue and there were positive signs for the student numbers for 2015.

Student load and research growth were partly to blame for the sliding surplus, along with increases in depreciation as new buildings came on line, as well as maintenance on infrastructure.

Vice-chancellor Deborah Terry said despite the reduced number of school leavers applying for university in 2015, Curtin captured 48 per cent of acceptances at WA universities directed through the Tertiary Institutions Service Centre.

“It is still very early in the year to predict end-of-year outcomes, however positive signs are emerging regarding the impact of the half cohort and we have also seen some strong growth in onshore international student enrolments,” Professor Terry said.

“Our expectations are that, with a softening Australian dollar, the competitive position of Australia will continue to improve from a price perspective.”

International enrolments increased by 3 per cent at UWA, contributing to a 2.2 per cent increase in its student numbers (Equivalent Full Time Student Load, or EFTSL) for the year.

The university would not comment on this decline, but revealed local enrolments had fallen by close to 1,000 this year as a result of the half cohort.

Edith Cowan’s student numbers were just fractionally up from 2013 to 2014, but its surplus shrunk by 18 per cent from $33 million to $27 million, the smallest fall of the four institutions.

The weak local currency is already bolstering international enrolments at ECU, and vice-chancellor Steve Chapman said the university expected to exceed its student target by 3.8 per cent this year.

“This is a great start and I want to build on this in coming months, beginning with the appointment of a dedicated deputy vice-chancellor international to lead our international strategy.”

Advertising is a powerful weapon in the battle for international and local enrolments and yet UWA and Murdoch both slashed spending in this area in 2014.

Murdoch invested just $2.4 million on media and advertising in the year, more than $1.1 million less than in 2013.

UWA may have spent more than $6.8 million promoting the university to prospective students last year but Curtin splashed the most cash, outlaying just under $6.9 million on advertising in the year, an increase of about $300,000 on its 2013 budget.

There was no such largesse for the university vice-chancellors in 2014, with two of the four institutions cutting their top salary band.

As ECU’s newly installed vice-chancellor, Professor Chapman is paid $745,000, which is about the same amount his predecessor, Kerry Cox, was earning.

The top salary at Curtin slumped by more than 21 per cent to about $655,000 in 2014, however, the university said this change reflected a “variety of changes to senior positions”.

Professor Terry stepped up as Curtin’s vice-chancellor at the start of 2014 after the resignation of Jeanette Hacket in August 2013.

Professor Hacket earned about $835,000 in her last year at Curtin.