Community consternation over WA’s planning and approvals system for big projects is looming as a key state election issue. 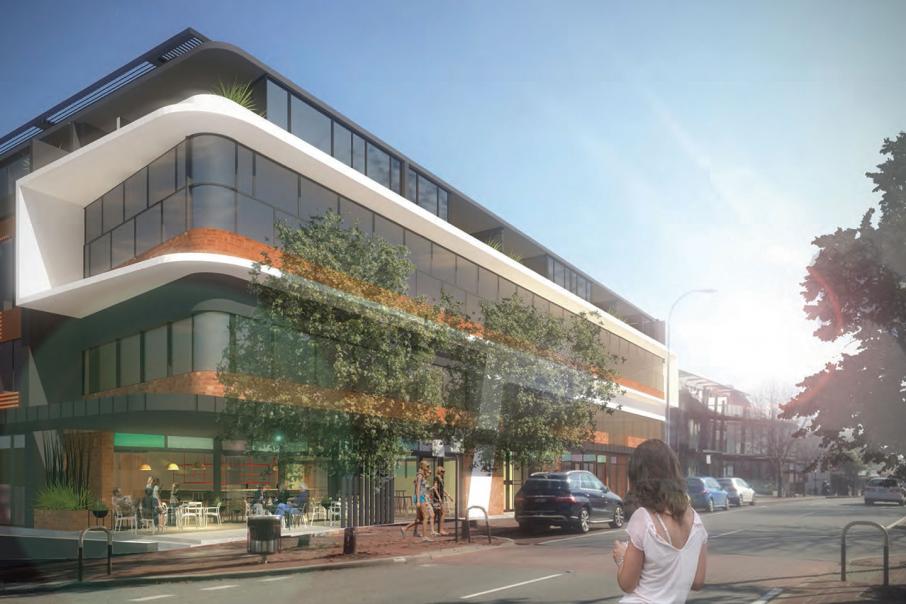 Community consternation over WA’s planning and approvals system for big projects is looming as a key state election issue.

MOMENTUM is building in a campaign by local councils to scrap the state government’s development assessment panel system, but developers say criticism of the process is misinformed and ignores bigger issues with town planning schemes.

Earlier this year, City of Vincent Mayor John Carey put a motion to council to support the abolition of the current DAP system, saying it was not representative of ratepayers and did not reflect the aspirations or values of the community.

That notion is garnering support across other local government jurisdictions, with City of Subiaco Councillor Julie Matheson among those leading the charge.

Ms Matheson told Business News the City of Fremantle was preparing to lodge a similar motion at its next meeting, taking the number of councils that want out of the DAP system, or would like it reviewed, to more than 15.

In addition to those, City of South Perth Mayor Sue Doherty has called for a review of the system, although she stopped short of saying the process needed to be scrapped altogether.

The councils are preparing to take their protest to next month’s Western Australian Local Government Association annual meeting to seek more support to change the system.

While Ms Matheson recognised the state government had no obligation to listen to the councils and scrap the DAP system, she said the campaign was designed to illustrate widespread community angst with the process.

“What we are saying is that we want them to recognise that we are very, very unhappy with the development assessment panels and we won’t continue to tolerate it in its current form,” Ms Matheson told Business News.

“We have got over 30 DAP-affected communities throughout the state of WA who are very, very unhappy with the DAPs also.”

Ms Matheson said the biggest issue with the DAP system was a lack of community or council input into projects that won approval.

Under the current system, a local government’s planning officers draft a recommendation for any development proposal, which is then provided to the DAP without being vetted by the jurisdiction’s council.

“I want a new system, there is too much wrong with this current system,” Ms Matheson said.

Ms Matheson also raised concerns over the ease with which projects rejected by DAPs were able to win approval, by applying to the State Administrative Tribunal.

One such project was a two-storey McDonald’s development proposed in Applecross, which was initially rejected by the metropolitan central DAP before that decision was overturned in the SAT.

“Councils feel that no matter what we write in the responsible authority report, the DAP are just going to approve it, and if they don’t approve it, if they take the side of the community or the council, it then gets taken to the State Administrative Tribunal,” Ms Matheson said.

“Then the state solicitor’s office comes totally unprepared to represent the DAP at the state hearing, can’t argue the points properly, and the applicant wins at the end of the day.

“The system is flawed beyond recognition; it’s a five-step process, and you can get anything approved in Western Australia.”

However, Property Council of Australia WA executive director Lino Iacomella said protests about decisions on individual projects hid the real issue with the planning process at a strategic level.

He said DAPs resulted in informed and impartial decisions of applications, which followed a planning process that included community consultation.

“What DAPs do is free up local government to do the very important work of consulting with their communities about their strategic planning for their local areas and also what the scheme that they’re responsible for, what it means for the local area,” Mr Iacomella said.

“There should be benefits from modern schemes which follow the planning framework for Perth, which is all about a much greater level of community amenity through active local centres.

“That’s the role, that’s the key; the debate around development can’t be left to the very end point, when you’re hitting up against deadlines and other restrictions so you can’t have a proper discussion.

“It’s about informing the community about planning schemes and the benefits that come with it, as well as our common responsibility in Perth around what is the best and most sustainable form of development.”

Urban Development Institute of Australia WA chief executive, Allison Hailes, told Business News the DAP system had been critical to providing certainty through the approvals process and ensured decisions were made in a timely manner.

Ms Hailes said the UDIA was very supportive of the current system and would not like to see it undermined, reiterating Mr Iacomella’s stance that strategic planning was the bigger issue on which councils should focus.

“The community needs to understand that DAPs are required to make their decisions based on the provisions of the relevant local town planning scheme and any associated policies,” she said.

“It’s important that councils regularly update their local planning schemes as they set the strategic framework for all decisions and provide the certainty all stakeholders are looking for.”

Ms Hailes said the majority of developers often went above and beyond required levels of consultation with local communities regarding proposed projects.

“The development industry is keen to ensure that there is good community understanding about what is to be delivered and the broader community benefits that will be derived from increased density,” she said.

“However, we would also like to see the state and local governments doing more to educate the public about the benefits of density, particularly the increased amenity, services and economic development which benefit everyone, including existing residents.”