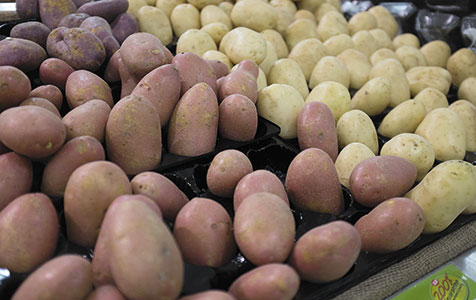 THIN CUT: Consumers would save 9 cents per kilogram from deregulation.

The Potato Marketing Corporation has been as resilient as the vegetable it polices, but pressure is building for reform.

In a recent recommendation to deregulate the industry, the Economic Regulation Authority said consumers would benefit by around $44 million over 15 years.

Similarly, the Chamber of Commerce and Industry has been a strong advocate for change.

In response, Agriculture and Food Minister Ken Baston told Business News the government had no immediate plans to change the sector’s regulation but signalled change might be coming.

“The government has no immediate plans to change the Potato Marketing Corporation, and encourages the industry to transition to a more open market,” Mr Baston said.

Former Liberal party state leader and member for Warren-Blackwood (and long-time potato grower), Paul Omodei has been a strong supporter of the current regulatory environment.

“The reason it hasn’t been deregulated to date is that it works,” he said.

“It actually works very well, and I’m sure that when Colin Barnett gets out of bed in the morning, the first thing he thinks of is certainly not the potato industry.”

Mr Omodei said it was not widely known that segments of the industry had already been deregulated.

“The only regulated part left is the fresh market potatoes.

“The seed market is growing, and Western Australia is the most successful state as far as growing clean seed, and they export seed out of WA into the eastern states.”

Seed potatoes, which are intended for replanting to produce new tuber plants, also have opportunities for growth in exports to Malaysia, Indonesia and Mauritius.

Mr Omodei said entry into the potato growing industry required a capital investment of around $1 million, and growers wanted certainty about pricing.

“If you deregulated it would be a major blow to the economy of the district (Manjimup-Pemberton). The prices would fluctuate,” he said.

A series of political decisions had hammered the area, Mr Omodei said, particularly in the timber industry, and farmers had felt deregulation of dairy, a similar industry, had had a negative impact.

Potato Growers Association executive officer Jim Turley said the ERA report had been unusually critical, because industry insiders had undertaken most of the industry reviews.

Mr Turley said the association, which represents around 100 entities, had strong financial backing from potato growers.

Like many similar associations in the sector, the PGA is funded through a compulsory fee.

“We can afford to point out the advantages of keeping the regulated system,” Mr Turley said.

He said the licensing system, which was unique to the potato market and capped total production, was required to ensure production of certain types of potatoes.

The best example was the royal blue variety, he said, because the quota system ensured production would be adequate to prevent them becoming a boutique item.

In an unregulated system, Mr Turley added, there would be no incentive to produce them, even if the price increased substantially.

“According to the Economic Regulation Authority, restrictions on the WA potato market have a net cost of $4.1 million per year, Mr Nicolaou said.

“About 9 cents per kilo would be passed through to consumers in the form of lower prices if the industry was deregulated.

“In addition to higher prices, restrictions have resulted in Western Australians having fewer potato varieties to choose from and poorer quality potatoes.

“It’s time the government took steps to repeal this outdated legislation which is supporting a small group of potato growers at the expense of WA consumers.”

While he agreed that the PMC artificially prevented the price from falling, Mr Turley said growers needed the support.