In a single month, the entire tourism industry has been turned on its head, with operators big and small subject to a harsh new reality. 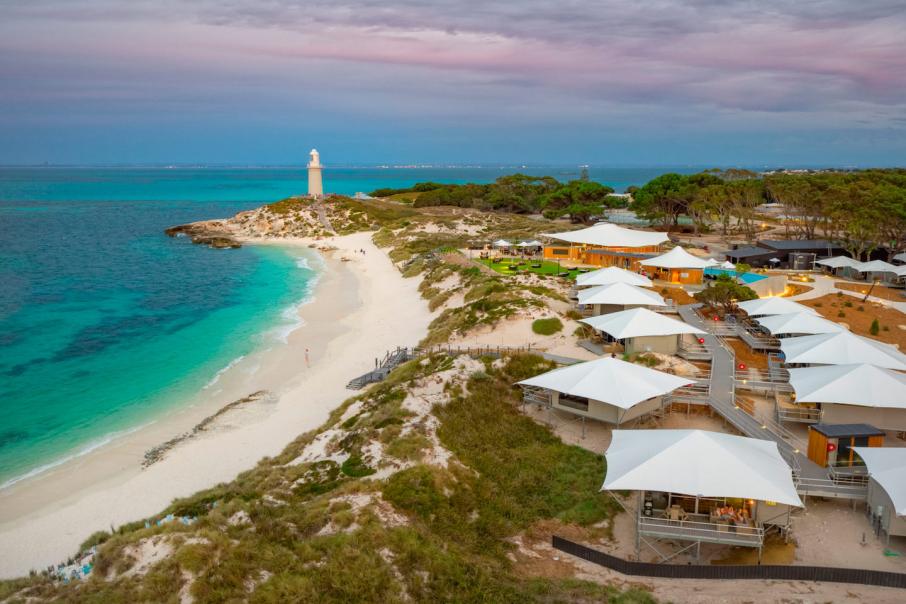 Rottnest Island earlier this month; the island has since been evacuated at the direction of Premier Mark McGowan

In a single month the entire tourism industry has been turned on its head, with operators big and small subject to a harsh new reality.

In early March, Discovery Parks Rottnest Island had good reason to think it would escape the worst effects of the COVID-19-related decline in tourism to the state.

While Chinese visitor arrivals to Australia had already been stopped (and those from Italy weren’t far behind), Discovery Parks chief executive Grant Wilckens told Business News the operation believed it was in a good position to capitalise on the domestic tourism market.

At the time, only two cases of novel coronavirus had been reported in Western Australia.

Given Chinese tourists spent approximately $347 million in WA in 2019, Mr Wilckens said the chief concern in the tourism industry was how to make up some of that lost income, with the domestic sector an avenue of opportunity.

“We’ve got almost 300 parks across the portfolio in the country, and I’m quite bullish about the outlook for domestic tourism,” Mr Wilckens told Business News at the time.

“The benefit of the product is that it’s affordable, it’s majority Australian customers, and people will travel domestically over the next 12 to 18 months compared to internationally.”

However, the rapidly unfolding nature of the crisis provided a sobering moment for the business as it celebrated its first anniversary on the island.

On March 12, Tourism Minister Paul Papalia announced the ‘Do it in WA’ campaign, part of the state government’s $4.9 million effort to encourage greater intrastate and interstate tourism in lieu of lost visitors from China.

Less than a week later, however, Premier Mark McGowan said that campaign had been scrapped.

More recently, he said Rottnest would be evacuated in anticipation of its use as a quarantine zone, which was borne out today when Mr McGowan announced the island would house potentially infected passengers from the Vasco de Gama cruise ship.

Mr McGowan made clear it had been a difficult decision to evacuate Rottnest.

While he said money and holidays would likely be lost as a result of his decision, it was a price worth paying to ensure lives were saved. Tourism Council of WA chief executive Evan Hall said many operators had offered accommodation for the purposes of quarantining if needed.

Even with the benefit of hindsight, Mr Wilckens can’t be faulted for his optimism.

Rottnest Island was the focus of attention for WA developers, with Prendiville Group investing $40 million into upgrading Hotel Rottnest.

That project, which was slated to reopen at the end of this year, has now been thrown into doubt.

As the COVID-19 pandemic has led to tightening lockdowns and a looming recession, every tourism operator in Australia is now faced with uncertainty as the industry comes to a standstill.

The situation on Rottnest Island is a snapshot of how swiftly the tourism environment has changed during the past month, with Rottnest one example of many areas across WA hit hard by recent developments.

Regional locations such as Busselton, for instance, have suffered, with Jetstar cancelling plans to operate direct flights between Melbourne and Busselton Margaret River Airport this month.

That will have significant flow-on effects to local infrastructure, with funding for the airport’s terminal upgrades, which had already been conditioned on the Jetstar trial performing well, now thrown into further doubt.

Even national, listed-entities such as Crown Resorts have been left reeling, as the government reduces the number of people allowed to gather indoors.

For context, gaming activities comprised $432 million of revenue for Crown Perth in the first half of the current financial year, and around $873 million for all Crown properties in Australia in the same period.