Business News sat down to lunch at Julio’s with RAC head Terry Agnew to discuss his long career in the sector and the future of motoring. 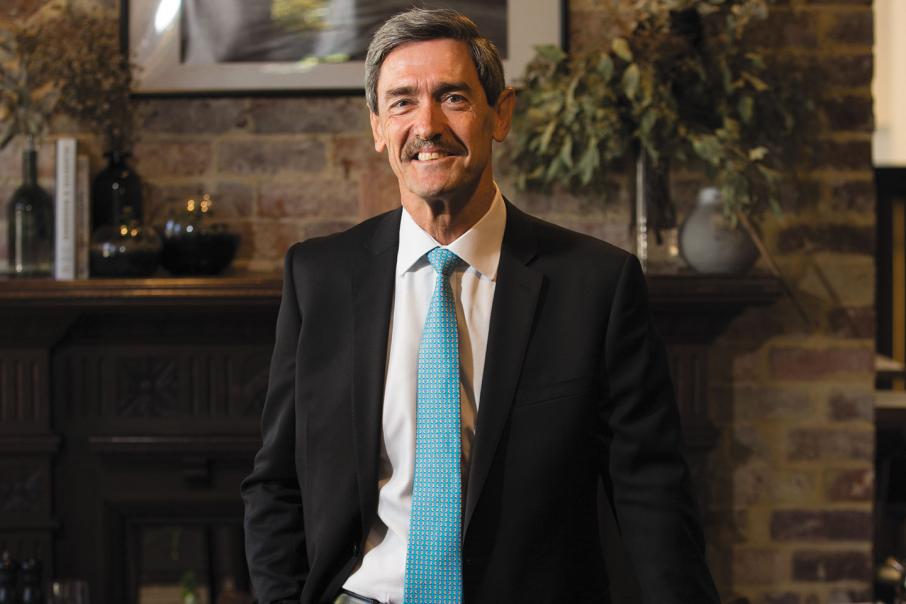 If anybody understands the challenge of digital disruption it is Terry Agnew, the long-time CEO of the Royal Automobile Club of WA.

With the much-heralded arrival of Google’s self-driving car next year, and the growing presence of ride-sharing services such as Uber, there is an obvious threat to any organisation with ‘automobile’ in its name.

“No doubt, our largest challenge is strategic, notably the technological shift occurring with things such as autonomous vehicles,” Mr Agnew told Business News.

“However, there will be a decade or two of co-existence with normally driven cars and autonomous cars on our roads.”

Amid this period of creeping change, the RAC was the first to buy the fully autonomous, solar-powered Intellibus from France, last year. Waiting lists to take the trip along the Esplanade in South Perth stretch out for more than 10 weeks, and the RAC has ordered a second vehicle – the first of its type to operate with passengers in Australia.

Mr Agnew’s life now is a long way from the early days in rural South Australia, where he went to four schools before his teenage years due to varying placements for his father, who was a teacher.

“Dad was from a dairy farm in the south-east, near Mount Gambier, but he ended up being a teacher, unlike his brother and sister who were farmers,” Mr Agnew said.

“We moved around a lot in the country, and I was 14 before I got to live in the city.”

Mr Agnew went to high school in Adelaide, doing well in maths and physics. He loved footy, making the school team despite not being especially good at it.

“One of the best footballers ever to come out of South Australia, Malcolm Blight, went to the same school,” Mr Agnew said.

“He was some years older than me. Our team was called the Findon Camels. I’ve never perceived camels to be particularly athletic or inspiring, but that was the name of the team, and every now and again I’d get a game.”

He went on to do engineering at Adelaide University, and then took a job as a maths tutor at the University of Western Australia, which also allowed him to complete a master of science in applied mathematics.

After graduating, Mr Agnew was still not sure what he wanted to do, and had four different jobs during his 20s – working in technical systems, consulting engineering and at an oil and gas company.

By the end of the decade, he was back in Adelaide and married with three children under the age of five. He then made his first move into insurance with SGIC, the State Government Insurance Commission, where he remained for nine years. This gave him his first chance to run a profit-and-loss business.

After it was bought by SGIO, Mr Agnew was made managing director of a subsidiary. During his time in this position, he noticed an advertisement in the paper for the CEO of RAC in Perth. As it happened, he then took a call from a headhunter about the job.

“I was not looking to leave Adelaide,” Mr Agnew said. “However, during the recruiting process I became more interested in the position because RAC was an iconic brand with a great reputation and lots of potential.

“When I was told I was the preferred candidate, we had to have a family discussion about moving to WA.”

By this time, he and his wife, Karen, had four children and had a settled family life in Adelaide.

“My folks never owned their own house, but I grew up in a supportive household, and I could have as much education as I wanted, so I grabbed that,” Mr Agnew said.

“When you become parents, you want to give your children a good, happy home life, and give them the best opportunities possible. You want to see them independent and happy.”

It seems to have worked out well for the Agnew family. One son is working in Perth, another has been in London for five years, while another is doing a PhD in astrophysics. The youngest, their daughter, is a structural engineer.

“My advice to those building a corporate career is to try things,” Mr Agnew said. “I don’t think I’m particularly adventurous, but I had four different jobs in my 20s. Pursue the things you like. Generally, what you like is what you’re good at. Not always, for example I like sport, but I’m not good at it.”

There’s a common view among business leaders that the current economic climate is tough, and probably the worst seen in a while. Mr Agnew agrees, to some degree.

“I remember it being similarly difficult in the early 2000s, but that rebounded quite quickly,” he said.

“I heard a comment a few years ago that we’re an economy ‘in transition’, and it will take 18 months; it might take far longer than that. The unknown for WA is, transition to what?”

Mr Agnew is optimistic, on the whole, believing Australians are best when tested.

“Australia is one of the best managers of adversity in the world, and one of the worst managers of prosperity,” Mr Agnew told Business News. “The heritage of Australians is incredible resilience in adversity, and in boom time we tend to waste the opportunity. So, I’m optimistic about what we can and will do out of this challenging time for WA.”

Meanwhile, despite the challenges, the RAC seems to keep growing. It has recently topped 900,000 members in WA, and Mr Agnew believes it will cross the 1 million-member mark within a year.

“The two things we (the RAC) are best known for are road services and insurance, which we’ve been providing for 90 and 70 years respectively,” Mr Agnew said. “We’re number one in both of those, but the size of those markets will shrink over time.”

To counter the possible decline in core businesses, the RAC has been investing in new areas such as tourism parks, retirement homes and home care.

“We will play a bigger role in the home,” Mr Agnew said. “We already have a home insurance and home security business and an involvement in home care. Later this month we will launch a home repair and maintenance service. We see the home as an area in which we can play a bigger role.”

The debate is on as to whether people will stop owning cars altogether, preferring to hire them on demand from a passing Google autonomous car, or purchase one of the new self-driving variety. It depends who wins the battle of supplying them, argues Mr Agnew.

“If autonomous vehicles are delivered by Tesla, then ownership will remain,” he said.

“If Google provides them for hire, then ownership could decline. This is an unknown at this stage.”

Mr Agnew said his leadership style was to take a ‘what you see is what you get’ approach.

“I can relate at all levels, whether I am sitting in board meeting or in a patrol car or in a call centre, and be perfectly comfortable,” he said.

“To be a leader, you have to have loads of resilience and energy.

“Leaders need to know what success looks like, make sure everyone shares that vision, and that everyone is signed up to that future. You have to have really good leaders in place around you, and get them playing as a team. That’s the hard and crucial bit.”

Away from work, Mr Agnew is the chair of Edge Recruitment (a not for profit that puts disabled people into work), sits on the Curtin Business School advisory board, and the boards of MDA National and the Business Council of Co-operatives and Mutuals.

To keep fit, he swims six kilometres every weekend and goes on three nine-kilometre walks every week. As he admits, this allows him to have a beer at the weekend, and eat pasta.

Mr Agnew is not a big user of social media. He has a LinkedIn page, uses Whatsapp to make calls to his family overseas, but is not on Facebook.

To keep up to date, he prefers to read, and is a large consumer of online news. He makes a point of attending business events and catching up with other business people, especially those in different industries. The last book he read was all about digital disruption, and those at the centre of it, The Innovators, by Walter Isaacson, which tells the stories of Einstein, Babbage, Bill Gates, Berners-Lee and others.

It seems digital disruption is not something that escapes Mr Agnew, even during his weekend read.