Developers are pushing ahead with plans for new projects, hoping recent government initiatives aimed at stimulating the sector will help cushion any further COVID and economic blows. 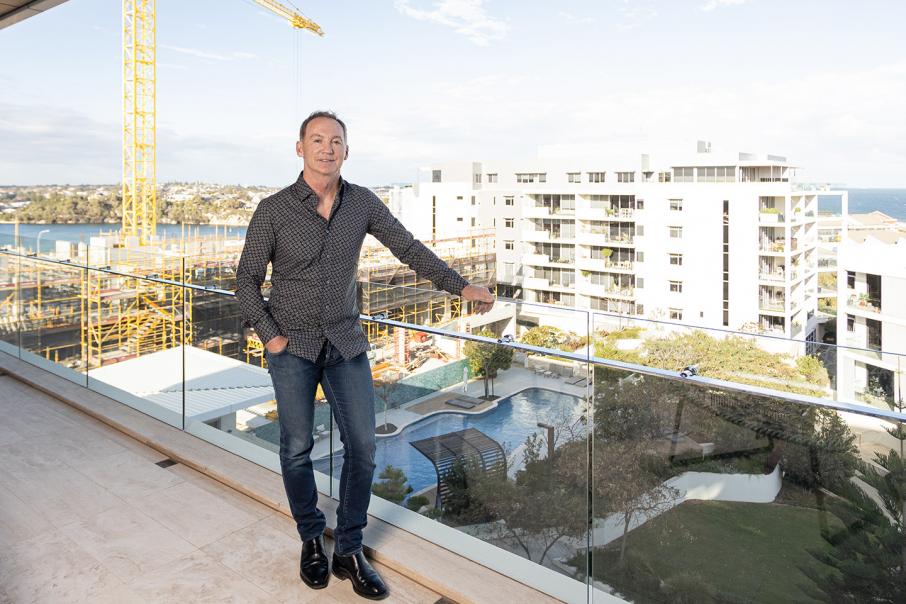 The past few weeks have marked a turning point for developer Gary Dempsey in terms of progress on more than $300 million of new apartments projects.

Like many others in the property sector, the founder and managing director of Gary Dempsey Developments has faced a series of challenges in recent months, brought about by coronavirus-related shutdowns, travel bans, and heightened uncertainty on the part of buyers and financiers.

That negative sentiment has shifted somewhat this past month, however, at least for some of those driving Western Australia’s apartments market.

For Mr Dempsey, in particular, that has meant a reshuffling of future projects and expediting of plans.

Mr Dempsey’s review involves bringing forward the engagement process of selecting an architect for lots 202 and 204 at The Esplanade Scarborough, a strategic alliance with Ralph Sarich’s Cape Bouvard.

The project, which will feature three towers, has an estimated cost of $250 million.

Another Dempsey-Cape Bouvard collaboration, down the road at 194 The Esplanade, has had a redesign, with COVID influencing the incorporation of communal office facilities and meeting rooms to support residents working from home.

These projects add to Mr Dempsey’s $92 million, 55-apartment Siskas project, currently under construction, which edges him into WA’s top 10 largest built-form developers according to the BNiQ database (see page 31).

“Isolation, in some ways, can be a bonus; it makes us attractive in the future,” Mr Dempsey said.

“We haven’t had the severity of what’s happened elsewhere.

“And we’ve been getting a lot of inquiry … there’s a lot of people who have left Australia and want to return.

“So when immigration can and does start again, I think WA particularly will be looked at as a favourable place, possibly more so than before.”

He said immigration and population growth would likely be the biggest challenges facing the property market in coming months, with WA's borders still firmly closed.

Further weakening the immunity of that international buyer pool is the state government’s 7 per cent tax on offshore purchases of property in WA.

From Mr Dempsey’s point of view, a more positive intervention by the state government is its recent package of planning reform measures designed to stimulate construction activity.

The state government’s move in early June to expand the 75 per cent stamp duty rebate to include off-the-plan sales under construction (in addition to pre-construction contracts), has been another shot in the arm for the sector, albeit potentially short-lived, with the extension in place until December 31 2020.

Adrian Fini’s group is also hoping to capitalise on some of the recent incentives.

Fini Group development director Kyle Jeavons said the group went out for tender during the thick of COVID, progressing plans for its 81-apartment Victoria House in Montario Quarter, Shenton Park.

The group is also progressing its $200 million Murdoch Health Precinct, also now out to tender, and Mr Jeavons said the group was considering increasing the number of apartments from 40 to 60.

“We needed the dust to settle for the last few weeks to try and form a view on what it means for the long term,” Mr Jeavons told Business News.

“Some of the decisions and stimulus plans have been positive and given people the confidence that we are going to come out of this okay.”

Whether that would continue to offset the doubt in the general property market was harder to discern, he said.

Mr Jeavons said employment would underpin the apartment and property market in the months ahead.

“Once JobKeeper falls away and the home loans that have been delayed … if people are struggling to pay their mortgages, what impact will that have?” he asked.

Another emerging challenge for the construction sector was cost and price signalling, particularly given the fast tracking of infrastructure projects and $20,000 state government cash grants for those building new homes (on top of the federal government’s $25,000 HomeBuilder payment).

Despite these unresolved issues, Mr Jeavons remained optimistic about the take-up of apartments developed in the ‘right location’ with good amenity.

“The projects we deliver, we think, are pretty robust in good and bad markets,” he said.

“We haven’t seen anything like this in the last few decades and may not in the next few, so it’s a really interesting time to be here, just got to keep doing our best.”

At the end of 2019, WA’s apartments market was showing positive signs for developers: population growth was picking up (The Australian Bureau of Statistics recorded 1.3 per cent growth over the year ending December 2019), and apartment supply was starting to tighten as the state passed its peak levels of construction activity.

But the hope that 2020 would be a year of consolidation came unstuck once COVID hit, according to Urbis director property economics and market research David Cresp.

Mr Cresp said expectations that an oversupply of apartment stock would be absorbed, placing the market in a more balanced positioned to put pressure on property prices, had not been realised.

Those earlier expectations for 2020 are backed by Urbis’s latest available statistics, showing total number of apartments under construction almost halved, from 3,554 as at March 31 2019, to 1,851 at the end of March 2020.

Further signs of tightening supply were reflected in the increase in apartments sold off the plan during construction (up from 54 to 61 per cent during that same analysis period).

Mr Cresp said the government’s stimulus measures could buffer the second half of 2020, but in bringing that demand forward, there could be an issue potentially leaving a hole for next year, coupled with the potential threat of ongoing border restrictions.

“We’re cautious about what next year will bring but we seem to have solved some of the immediate problems,” he said.

“The raw data is that property transfers in May were down 27 per cent for WA, so obviously everybody is feeling the pinch,” Mr Mickle said.

“Transfers in May usually revolve around deals being done in March and April, so we actually had a busier month in May – we sold eight apartments off the plan, we only sold one in April.

“The WA economy is set to emerge sooner and stronger than most other markets around Australia and even around the world due to our mining resources strength and our time to Asia.”

While interest rates were at record lows, Mr Mickle said job uncertainty, coupled with the banks’ requirement for higher presale rates to reduce risk exposure, could make it harder to secure debt to start construction on new projects.

That could be somewhat offset by the extension of the stamp duty rebate, according to Finbar managing director Darren Pateman.

“Extending the rebate to projects under construction is very helpful and removes the disincentive for developers to actually start physical construction on site,” Mr Pateman told Business News.

“We were hoping the reform would extend to new completed apartment stock, which would help release the capital needed to recycle into new projects … [and] provide a rapid stimulus for jobs growth and the economy.”

Mr Pateman said while inquiry had increased since the rebate was announced, the package had made completed stock less competitive, potentially delaying new projects until that stock could be sold.

Nevertheless, the ASX-listed company remained bullish on progressing its pipeline of work.

Finbar recently completed construction of its 164-apartment tower Sabina in Applecross, and the 120-apartment One Kennedy project, in Maylands.

Mr Pateman said construction of two further projects – the contentious $365 million Civic Heart project in South Perth, and a 119-apartment development at 240 Adelaide Terrace in the CBD – was expected this calendar year.

Once under way, Civic Heart will be one of the largest apartment developments in the state’s history, with about 300 apartments.

Slated for development nearby is Edge Visionary Living’s 29-level Lumiere tower, which was given the green light in April, following a five-year process and two Supreme Court challenges.

Adding to the list of large-scale projects set to take shape in the near future is Blackburne’s $235 million 242-apartment ONE Subiaco, located on Rokeby Road’s Old Pavilion Markets site.

Blackburne’s $300 million proposal for the 1.57-hectare site at the intersection of Stirling Highway and 1 Airlie Street in Claremont is another major project for the state.

Blackburne lodged a development application earlier this month for 245 apartments across five buildings, with public open spaces and hospitality open to the local community.

Ms Walker said the pandemic had created some uncertainty but the fact the WA property market was at its most affordable had helped its resilience.

Mirvac was still on track to complete Compass by the end of the year, she said, the final stage of its Latitude at Leighton Beach precinct.

Ms Walker said the closure of sales centres and display suites had complicated the process of driving buyer interest, but Mirvac had since integrated virtual tours, which had proved effective in dealing with local and overseas buyers.

“In some ways, the coronavirus has heightened the awareness of living in a quality development and desirable location,” she said.

“Perth could be seen by some as a safe haven; we’ve got plenty of spaces and connection to nature and that’s really a stark contrast to [other] cities in the world.

“So I think that’s a really good opportunity for Perth.”