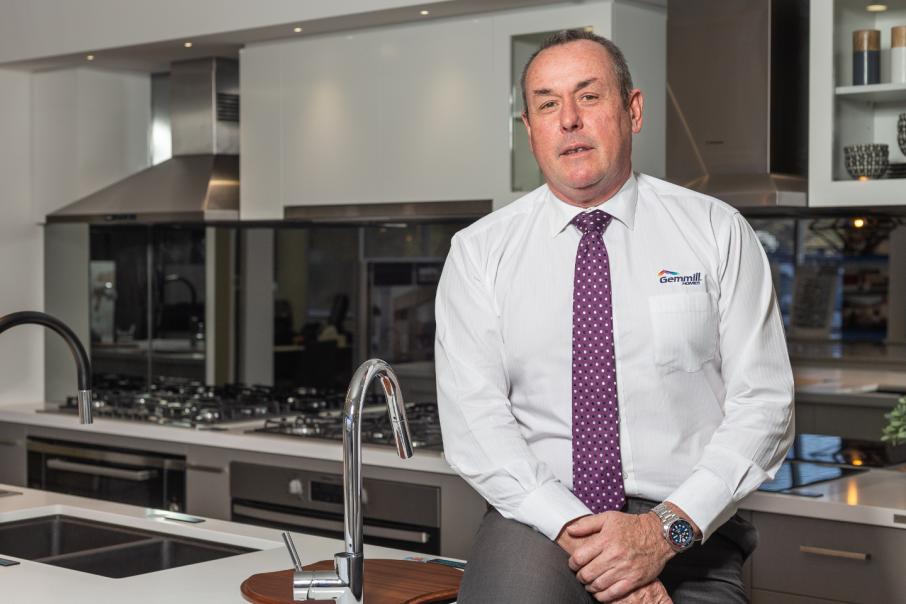 Craig Gemmill says there are signs of moderate recovery at the upper end of the market. Photos: Gabriel Oliveira

A depressed Western Australian housing market has hit residential builders, with the number of housing starts dropping by more than 1,500 in the 12 months to June 30, according to figures released by the Housing Industry Association.

HIA said WA, along with the Northern Territory, had been the weakest residential building markets in the nation for over two years.

However, conditions were expected to improve, HIA said.

The market share of the largest 10 builders in WA remained steady at 43 per cent, making WA one of the most concentrated markets in Australia.

The top 10 builders in NSW, Victoria, South Australia and Queensland account for just 27 per cent, 33 per cent, 27 per cent and 24 per cent respectively.

It is the fourth biggest home builder in Australia, behind Victoria-based Metricon Homes and Sydney-based multi-unit builders Dyldam Developments and Multiplex.

Showing the benefits of its expansion into Victoria, ABN reported a total build of 3,242, made up of 2,709 detached houses, 382 semi-detached and 152 multi-units.

HIA reported that the number of home building starts in Victoria increased by 17 per cent in 2017-2018, with the biggest 20 builders starting 17.6 per cent more homes compared with the previous year.

The HIA top 100 does not record housing starts from Perth-based BGC Australia, which has not participated in the association’s survey for the past two years.

Ventura Home Group, which reports separately to BGC but has been described as ‘part of the BGC family’, recorded 1,190 starts for 2017-2018 to place it at number two in WA, according to the HIA.

The top five in WA was rounded out by Redink Homes and SSB Pty Ltd, which trades as Content Living.

Only four of the top 10 builders in WA – Redink Homes, Pindan Group, Hanssen and Jaxon Construction – reported an increase in their number of starts for 2017-2018.

Pindan, Hanssen and Jaxon are known predominantly for multi-unit construction.

Jaxon has managed to increase its number of starts over the past three years, from 258 in 2015-2016, while Hanssen, which is used almost exclusively by ASX-listed apartment developer Finbar, dropped from 500 starts three years ago.

The HIA said that after nearly four years of declining home prices, Perth had become the most affordable capital city in the country.

It predicted Perth buyers would return to the market, unable to resist the value proposition for much longer.

Perth prices and rents have been falling since 2014, resulting in a substantial improvement in affordability over that time.

The median household income for Perth has increased 3.7 per cent during the past five years, while the median dwelling price has increased just 1.1 per cent.

When measured over 10 years, Perth’s median household income has increased 30.6 per cent compared with an 11.6 per cent increase in median dwelling price, leading to an improvement in affordability.

CoreLogic said the average number of years required to save for a 20 per cent deposit had fallen to 7.8 years, down from eight years in June 2013, and compared with the national average of 9.1 years.

The share of income required for mortgage repayments in Perth also fell, to an average of 31.3 per cent compared with 35 per cent five years ago.

Gemmill Homes managing director Craig Gemmill said his group was seeing signs of moderate recovery at the upper end of the market, and suggested new home affordability was beginning to attract buyers.

“This is the time for first homebuyers to buy,” Mr Gemmill said.

Mr Gemmill said all house builders had suffered contracting volumes, with an indication of the slowdown experienced in the WA residential market shown by the sharp decline experienced in housing approvals.

“We have had an overbuild scenario; our average build level in WA is about 16,000 detached homes a year,” Mr Gemmill said.

“When you jump up and you have an average of 22,000 detached homes a year, that is an oversupply, so you have to wait until the market absorbs that before you get back to more normal levels.

“We are going into, I think, our third year of under-building, so I think moving into 2019 we are going to see a softer recovery as that oversupply gets soaked up.”

“When you are going against other builders you are definitely seeing really good pricing out there,” Mr Walter told Business News.

“Especially if buyers are doing their homework, they can get a great deal.”

Mr Walter said the competition within the market was ensuring buyers were getting better value for money and seeing a better quality of product.

Ultimately, this was good for the market going forward, although any recovery would be slow in coming, he said.

“Because the market is so competitive you are being held accountable for the delivery of a high-quality home,” Mr Walter said.

“It is fantastic for the industry and it is great for the customer.

“I think we are seeing some improvement but everybody is looking for a steep curve … it will be so gradual we won’t even notice it.

“It is good that the rate and pace the recovery is going means we can recover well, and maintain that level of quality and the value in housing.”