The media’s sanctimonious approach by some media to the phone-tapping allegations is a bit rich. 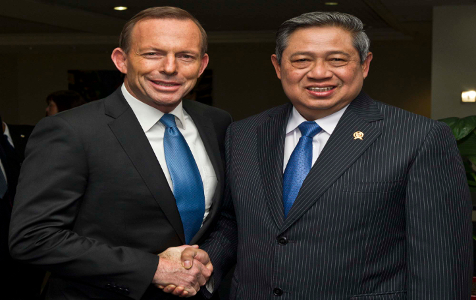 It's clear that dance floors aren’t the only place where it takes two to tango.

The demands placed upon Prime Minister Tony Abbott by some among Indonesia’s political elite during the past month show that the spying world, better described as plain old-fashioned information gathering, is part of a well-practised political tango.

By way of explanation, it helps to cast one’s mind back to the first days of the Obama presidency, in January-February 2009.

During his move into the White House, Mr Obama made great play of the fact that he was very attached to his BlackBerry.

He loved it; it was fun using it; he couldn’t see how he’d exist without it, and so on.

Then, suddenly, the issue vanished. We never saw Mr Obama with his BlackBerry again.

I can’t be absolutely sure why, but my guess is that his, and the White House’s, expert security contingent told him a few facts about presidential life.

Namely, that he was simply not going to be permitted to use that BlackBerry because enemies (and friends) could easily tap it and listen to his conversations with the likes of Vice-President Joe Biden, heads of the Army, Navy, Air Force, CIA, and wife Michelle.

And if that happened, such prying ears would learn what the US head of state could be thinking.

This simply wouldn’t be permitted, whether President Obama liked his BlackBerry or not.

President Obama, therefore, had to ‘get with the program’, as they say in straight-talking military and intelligence circles, which he promptly did.

Now fast-forward to November 2013, when we learned German Chancellor Angela Merkel was deeply hurt and upset that one or more US eavesdropping agencies had been listening to her mobile phone chatter. So she wanted an apology from none other than the man who’d been forbidden to use his beloved BlackBerry way back in early 2009. What, may I ask, were Mrs Merkel’s security advisers doing over all those years? Sitting on their hands?

If so, all should be sacked for wilful negligence.

They, like US security experts, know it takes two to tango – eavesdroppers and those silly enough to use unsecured communications networks.

Now move to a fortnight or so later when we learned Australian eavesdroppers had apparently been listening in on the mobile phone of Indonesian President Susilo Bambang Yudhoyono and that of his wife, Ani Bambang Yudhoyono, among others in and around Jakarta.

As with the Merkel case, this is hardly a surprise. Yet President Yudhoyono also wants an apology from the man who wasn’t even Australia’s prime minister at the time that the predictable eavesdropping apparently occurred.

What, may I ask, was President Yudhoyono’s security contingent doing for the past five years?

Sitting on their hands, perhaps.

If neither Chancellor Merkel’s nor President Yudhoyono’s security contingents warned of the leaky nature of mobile phone chatter they, not Mr Abbott, should be the ones doing the apologising as they head for the exit doors.

As for all those Australian Labor and Greens politicians and the cheer squad of journalists and columnists who have joined the conga line calling on Mr Abbott to apologise, they should also head for exit doors.

Nation states simply need to know as much pertinent information as it’s possible to acquire.

What else could be expected in our unstable region, with Australia having received more than 50,000 illegal maritime arrivals (and rising) from south and central Asia and east Africa via Indonesian-manned and captained boats during the recent Labor years?

The smartest thing said during this media frenzy, stoked by the ignorant Labor and Greens politicians seeking to score political points, was by Michael McKinley, global politics senior lecturer at the Australian National University.

“Indonesia’s under no illusions as to what Australia does in listening to its communications,” he said.

“Once it was made public, governments had to respond as if they were aggrieved and innocent parties.

“If countries aren’t doing it, it’s because they either lack the technical expertise or the finance; it’s not because of virtue.”