In the third instalment of the WFH Series, Business News explores how managers can ensure their teams are mentally healthy and productive. 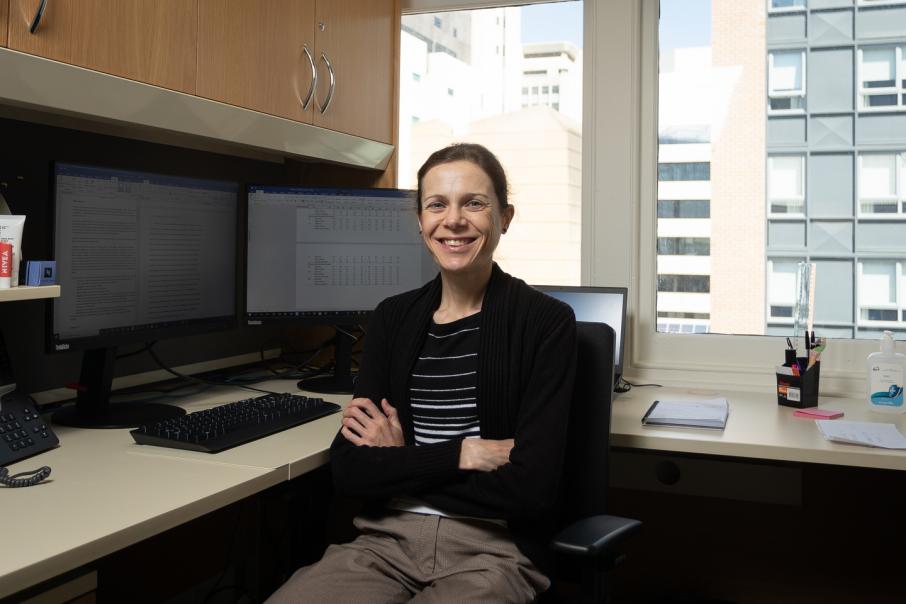 The sudden shift to remote working during the COVID-19 shutdown caught many unprepared.

Apart from the need to set up a home office, adapt to online video meetings and home school children, the immediacy of the change challenged the way many people dealt with their mental health.

The Thrive at Work at Home study, which surveyed more than 1,100 people in May and April, found 39 per cent of people working from home most days of the week reported experiencing ‘high’ or ‘very high’ psychological distress.

This is compared to data from the Australian Bureau of Statistics, which recorded 13 per cent of Australians experienced the same symptoms in 2018 and 12 per cent in 2014-15.

The Thrive at Work at Home study found psychological distress was correlated to financial strain, a lack of trust on behalf of supervisors, having work closely monitored, and IT issues.

Curtin University Future of Work Institute research fellow and Thrive at Work at Home study author Caroline Knight said the lack of clarity around future employment was also a factor in the levels of distress respondents reported.

“We found there were certain things like … technology hassles were quite highly correlated [with stress], and also workhome interference, poor communication,” she said.

“[D]uring COVID, of course, job insecurity was a big issue, which was making people very uncertain as to whether they would have jobs.”

Dr Knight said loneliness and the lack of socialisation was another reason some people found remote working difficult.

University of Western Australia lecturer of applied psychology, Laura Fruhen, told Business News managers could play a part in ensuring their teams were mentally healthy by providing clear instructions and refraining from micromanaging.

“One of the best ways of managing people is setting them clear goals,” Dr Fruhen said.

“There’s really not much benefit in monitoring performance electronically or how long someone sits at a desk; we know that actually undermines performance and mental health.”

Of employee respondents to the Thrive at Work at Home study, more than 30 per cent reported feeling their manager doubted their ability and/or knowledge to undertake the tasks required when working from home.

On the other side of the equation, Dr Knight said, about 30 per cent of managers said they didn’t entirely trust their employees to do their job properly from home.

“Around 24 per cent doubted the ability of their employees to do their work and around 27 per cent said they thought the performance of remote workers was usually lower than people who worked in an office setting,” she said.

This is despite 33.7 per cent of employee respondents saying they felt as productive at home, and 37.5 per cent feeling more productive.

Less than a third, 28 per cent, said they were less productive.

Dr Knight said it was important not to monitor employees too much, but check in to make sure they were doing okay.

“[Things like] asking employees, ‘What would help you?” she said.

“Is it that there is some technology that they particularly need? Are there any troubles they are having?

“Or is it that they need a bit more flexibility around work-home interface boundaries and work hours?”

Managers also needed to make sure employees knew exactly what they had to do, Dr Knight said.

“People don’t perhaps have a great clarity about what roles they are doing or what job they have to do and what the priorities are,” she said.

“I think that can create a lot of ambiguity and distress.” 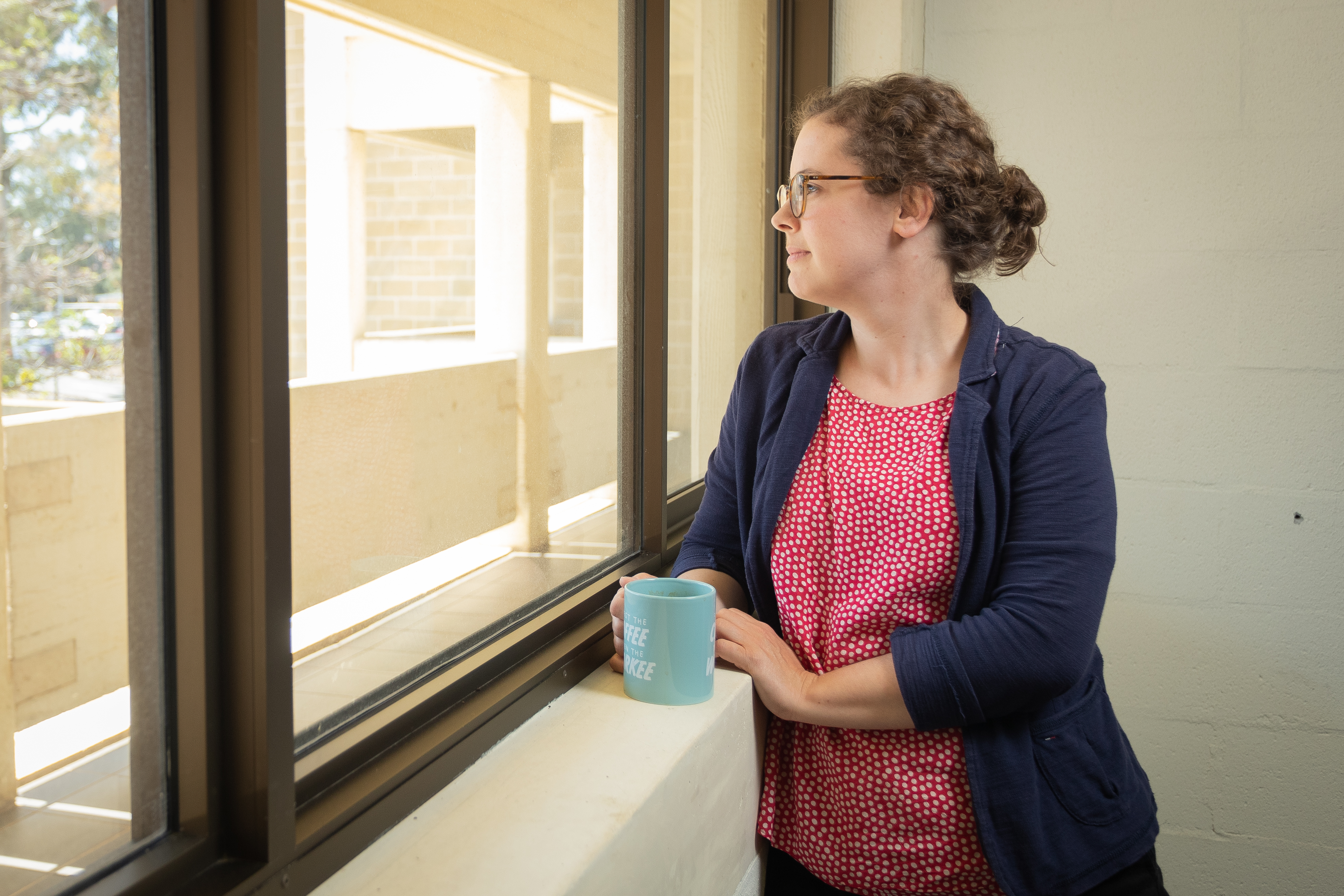 Laura Fruhen says people have to be wary of maintaining the balance between work and home life. Photo: Gabriel Oliveira

Several months after lockdown, life in WA is slowly returning to some sort of normality in the suburbs and the city, with workers coming back to the CBD.

Perth office property managers told Business News in September that people were returning to their offices, but a number of people were still working from home some days.

Dr Knight said while the study had turned up issues around increased stress levels and an overall struggle for some people to adapt to working from home, most respondents strongly indicated a preference to continue with the practice on occasion.

“In fact, 90 per cent of people said they would like to continue working from home after the pandemic at least some of the time,” she said.

“I do think things have changed and they probably won’t go back to how they were.

“I think now that we have these technologies developing quite fast around virtual working, I think it’s likely to continue.”

“Most people like to have a bit of both; they would like to be in the office sometimes and be at home sometimes.”

Dr Fruhen said working from home sometimes had benefits, including allowing people autonomy over their work.

“Being able to make your own decisions, determine your own schedule a bit more, have more flexibility around how you go about completing your work is actually really positive for people,” she said.

However, Dr Fruhen said it was important to maintain connections with people in the office while working at home.

“We have Zoom calls, we have team channels, all those technologies we can use to connect with people, but sometimes I think it takes a little bit more effort than just bumping into someone in the hallway, so it’s important to keep that in mind,” she said.

Dr Fruhen said people also had to be aware of the need to maintain the balance between work and home life.

“It’s really important to set boundaries, to stick to certain work hours or make it very clear to yourself with certain signals that this is now work,” she said.

“Likewise, if you don’t have a desk and you work at the kitchen table, put stuff in a box when you finish so you have that signal very clearly that ‘Now I’m finished and this is now my time off’, because otherwise you would be constantly reminded and possibly dragged back into your work.”

Researchers from Harvard Business School and New York University analysed data collected from people working at 21,278 companies across Europe, the US and Israel in March 2020 and found people worked an average 48 minutes more when working from home than in the office.

If everybody worked from home at some time, Dr Knight said, employees could potentially miss out on opportunities.

“I think if you are not in the office, sometimes it could be that you aren’t always in the forefront of people’s minds when they are thinking of things or opportunities,” she said.

“If you are not aware of that then there’s potential that you could lose out unless you are putting yourself forward for things.”

This could be particularly difficult for young staff, Dr Knight said, who hadn’t had the opportunity to build connections with their colleagues.

“I think for younger people, if they are trying to get on in their careers and move up the ladder, or trying to develop their skills, they probably don’t already have those networks created, so it’s probably more important for them to be mixing with people and building those networks and building trust higher up the hierarchy [so] they are more likely to be promoted,” she said.

“It’s quite possible to work from home and actually overcome these things, being very strategic and making sure you connect with the right people, making sure that you are seen in some way.”