Private schools across Western Australian have announced they will move to online teaching as the nation remains divided over whether schools should remain open during a pandemic. 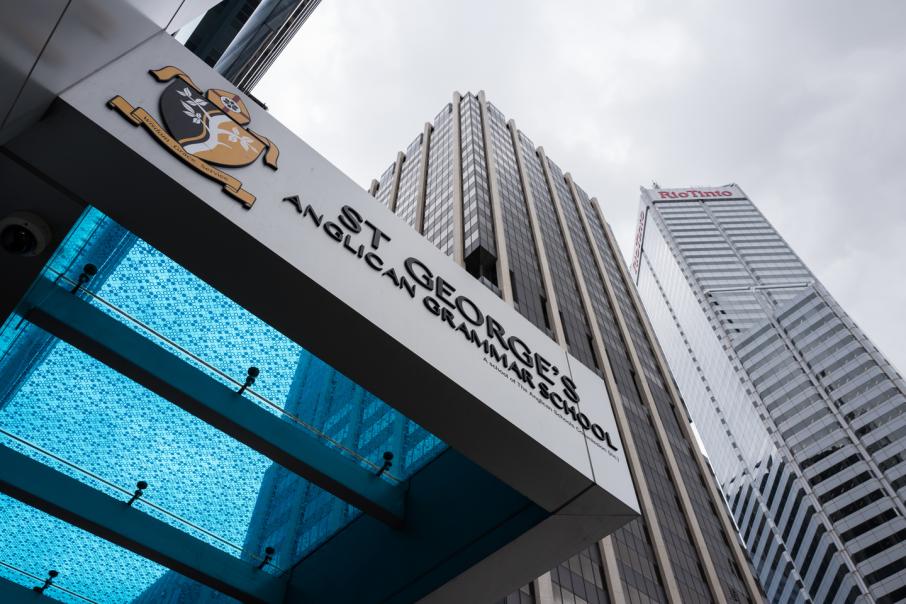 St George’s Anglican Grammar School is among several private schools that will shift to online learning in the coming days. Photo: Attila Csaszar

Private schools across Western Australian have announced they will move to online teaching as the nation remains divided over whether schools should remain open during a pandemic.

That comes as the state government has relaxed its stance against school attendance, with Premier Mark McGowan announcing yesterday that parents were free to choose whether they sent their children to school.

All five of WA's major universities have made accomodations for online learning, with University of Western Australia having moved to a digital campus as of yesterday.

In a letter sent to parents yesterday, Aquinas College principal David McFadden outlined a phase-in for online learning as of the start of this week, with all students receiving lessons online from next Monday.

Mr McFadden stressed that the school would remain open for students as normal throughout the current school term.

“It is important that you as parents must have the choice to send your son to college during this difficult time,” he wrote.

“If you decide to send him please be assured of our continued high level of support and continued focus on maintaining hygiene protocols.

“While the school remains open, social distancing will be enforced and cleaning regimes will continue to be completed to the highest possible standards to mitigate risks associated with the spread of the COVID-19 virus.

“I ask that you also have conversations with your son about the importance of these measures.

“If he is feeling unwell in any way, please keep him at home.”

Newman College principal John Finneran sent a similar letter to parents yesterday, saying that while the school would remain open until the end of the school term, remote learning would be an option for parents who wished to keep their children at home.

Anglican Schools Commission chief executive Peter Laurence has similarly requested that all parents who can keep their children at home do so as of tomorrow as it looks to introduce online learning to all its schools.

John XXIII College principal Rob Henderson said that secondary school students would have the option to access online learning as of tomorrow, with a student-free day on Friday intended to help the school work through issues associated with remote delivery of learning.

St Stephen's School principal Donella Beare told Business News in a statement that the school had been working towards and testing an online model that could be transitioned to in the event of a government directive to close schools.

"Like most schools, we have had some families remove their children from the school setting by choice and we respect that decision," Ms Beare said.

"At this time, the overarching advice from both government and agencies is for teachers to continue to focus on what they do well, which is to deliver strong teaching and learning experiences.

"I am aware that many of our teachers are in communication with students whose parents have decided to withdraw them from classroom settings and to work from home.

"Our detailed planning for a possible transition to an online education puts the school in good stead if a directive is received."

While private schools are shifting to online delivery of learning in response to the COVID-19 pandemic, Prime Minister Scott Morrison and Mr McGowan have repeatedly insisted that schools should for now remain open.

Mr McGowan had said previously that closing public schools would amount to a last resort for containing the virus, as such a move would remove parents who are essential healthcare employees from the workforce as well as compromise the at-risk elderly population who would likely become caregivers if schools were to shut.

He appeared to relax that stance over the weekend, saying parents were free to decide whether to send their children to school.

"Regarding schools, we will continue to make decisions based on the best medical advice in the nation,” he said.

“I understand that parents are concerned and may want to keep their kids home.

“We respect parents' right to make this choice.”

While some countries, such as the US and Italy, have enforced school closures in an effort to contain the virus, Australia has so far avoided such measures.

Although children and teenagers are themselves highly unlikely to suffer complications as a result of contracting COVID-19, experts remain divided on the role they play in acting as asymptomatic carriers of the disease.