Former University of Western Australia chancellor Alex Cohen has been remembered as one of the state’s most respected medical figures. 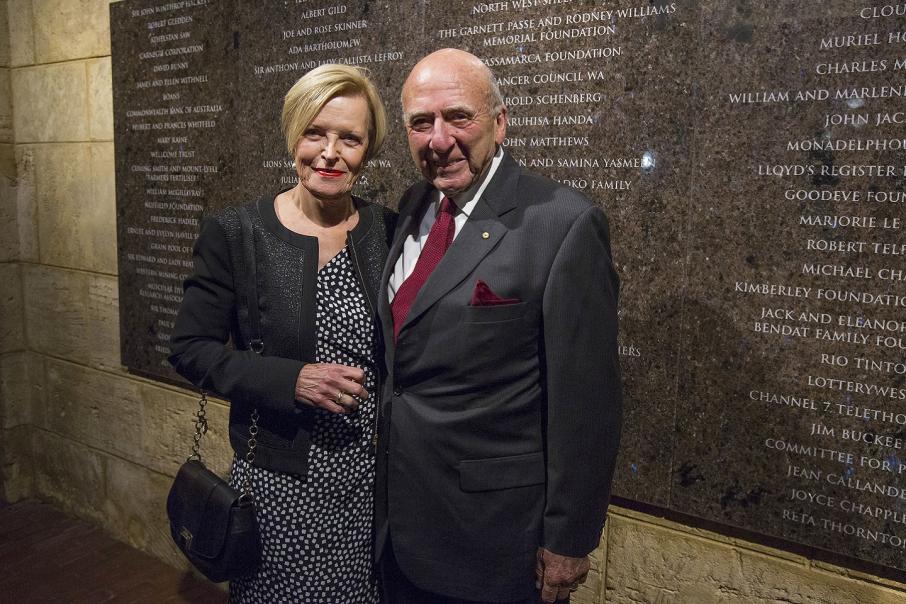 Alex Cohen and his wife Agatha.

Former University of Western Australia chancellor Alex Cohen has been remembered as one of the state’s most respected medical figures.

Professor Cohen passed away last week at the age of 92.

He was remembered for his work as a medical specialist, lecturer and supporter of medical research, especially in the field of diabetes.

In 1995, he was appointed an Officer of the Order of Australia for his efforts to improve diabetes research and care.

The Australian Medical Association (WA) also recognised his outstanding contribution to diabetes research, by awarding him the AMA (WA) award in 2013.

Popularly known as a Hippo after the’ father of medicine’, Hippocrates, the award is presented to medical figures who have made a significant impact in advancing the cause of medicine and improving the health and quality of life for people in Western Australia and beyond.

Professor Cohen was instrumental in setting up the Centre for Diabetes Research at UWA.

Professor Cohen’s long involvement with UWA started in the early 1970s as a lecturer, then examiner, member of Senate, chair of various committees and finally election as chancellor in 1998.

During his time as chancellor he oversaw the construction of the new University House.

His service to the university and medical education was recognised in 2002 with an honorary doctorate of letters.

Professor Cohen held many positions within the community and the profession.

He was president of the state branch of the AMA in the 1970’s, a difficult time as Australia transitioned to Medicare.

He was also president of the Royal Australasian College of Physicians, Emeritus Consultant Physician and Endocrinologist at Sir Charles Gairdner Hospital and Royal Perth Hospital, a Fellow of the Australian Medical Association and Wolfson College Oxford, and a past Research Fellow of Harvard University Medical School.

Alex Cohen was born in Mt Lawley and attended Inglewood primary school before winning a scholarship to Wesley College.

He studied medicine at the University of Adelaide, as WA did not have a medical school until 1957.

Just three weeks ago, he attended a UWA convocation award ceremony where he handed out a travelling award to a young researcher.

In a statement, UWA chancellor Robert French and vice-chancellor Dawn Freshwater offered sincere condolences to Professor Cohen’s family and all those whose lives were touched by this remarkable man.