Unis up offering to lift numbers

SPECIAL REPORT: To keep pace with the competition nationwide, WA’s universities are finding ways to grow their market share in a challenging environment. 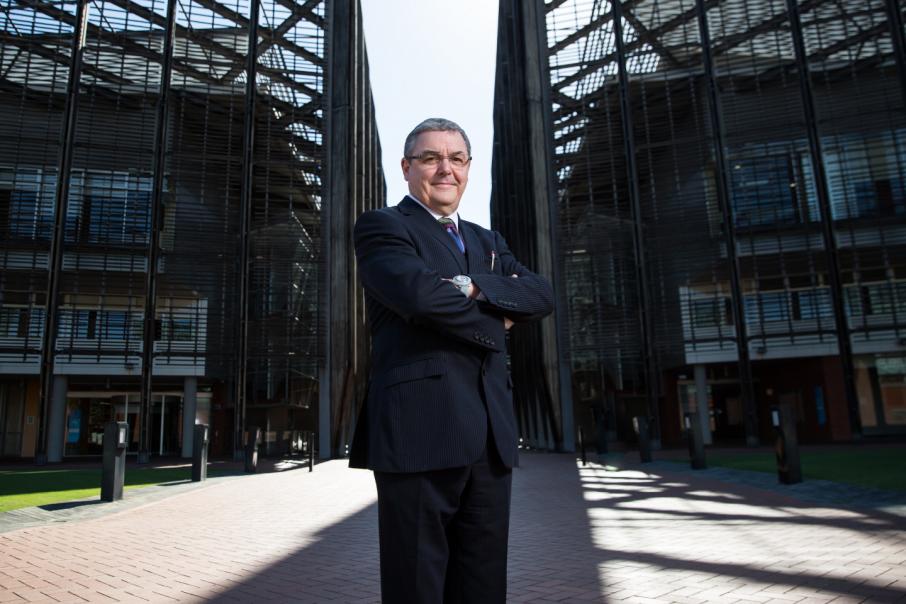 Steve Chapman says ECU will continue to enrol all students who qualified for the university, despite the federal funding freeze. Photo: Attila Csaszar

Rebuilding Perth’s international reputation as a study destination, providing greater course flexibility, and taking students through alternative pathways are among the measures being implemented by the state’s universities to maximise student numbers.

That decline compounds Western Australia’s record for having one of the lowest year-12-to-university transition rates across the country, leading some universities to consider other student pathways more closely.

Murdoch University provost Andrew Taggart said WA’s outer metropolitan schools were primarily responsible for the state’s lower transition rate, adding it was something he believed the education minister was looking to address.

“We have an enabling course called OnTrack for students who miss out on an Atar (Australian Tertiary Admission Rank) of 70, or who haven’t done an Atar.”

Professor Taggart said Murdoch had invested in the expansion of its enabling courses, without government aid, in support of low socioeconomic status students who may otherwise have missed out.

“We’ve been very pleased with our small increase in market share, which has been encouraging for Murdoch,” Professor Taggart said.

“We haven’t done as well as we would have liked in the last few years, but we’re clawing back a bit of market share.”

Professor Taggart said Murdoch would take all eligible students in the coming years, despite the federal government introducing a funding freeze at 2017 enrolment numbers.

“Come the second year of the cap, 2019, it may start to put some pressure on us, but at the moment we’re looking to grow our market share, particularly with high school leavers,” he said.

Like Murdoch, Edith Cowan University has significantly increased the number of students coming through its enabler pathway, UniPrep.

Seeking to boost its academic credentials, ECU raised its minimum Atar from 55 to 70 in 2016, in line with other universities.

At the time, Professor Chapman justified the shift in entry-level by suggesting students with lower Atar scores were more likely to drop out, which wasn’t ideal for students or the institution.

“We find that students who go through the UniPrep course … their retention statistics are much better than those who didn’t (with similar Atar scores),” he said.

Professor Chapman put that down to the fact students who were likely to drop out would do so during the enabler course, while the course itself would prepare students with essential skills and lighten the load for their first official year.

“Capping the student numbers is essentially rationing the ability for students to get a higher education,” he said.

“Following that the government has said, depending on what government is in place at the time, that the Commonwealth Grant Scheme funding will be linked to performance; so that could be graduate employment, it could be the growth in population, retention etc.

“I think there’s a problem there in the sense that crude measures cause unintended outcomes.” 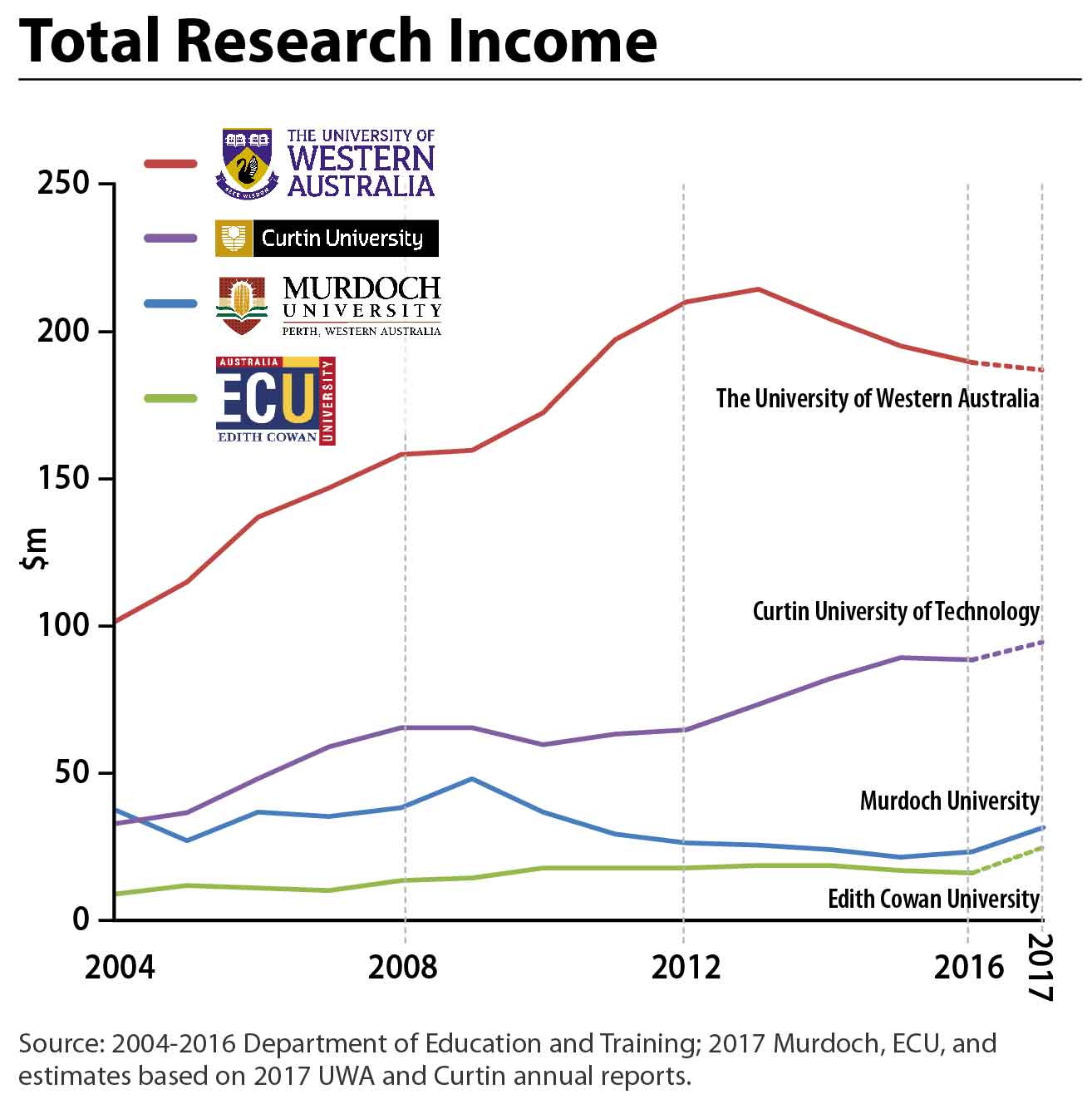 In 2017, Curtin University enrolled about 2,600 students in enabling and bridging courses, with deputy vice-chancellor Jill Downie saying demand for the Atar-alternative pathway had grown during the past five years.

Recent media coverage was critical of the Atar pathway, following the release of a discussion paper from Victoria University’s Mitchell Institute, which reported only a quarter of undergraduate university admissions for domestic students were made on the basis of an Atar.

Professor Downie said Atar remained an important pathway to university, but providing alternatives was essential if the needs of all students were to be met.

“In WA, for example, the number of students taking an Atar pathway is fewer than many other states,” she said.

“It is difficult to know why this is, but it does appear that students are seeking alternative pathways to university.

“That’s why we brought in the fee-paying option, because we had much more demand than we had Commonwealth-funded places,” she said.

Back when universities were anticipating a move to a more demand-driven system, Curtin introduced an un-capped domestic fee paying model called UniReady.

Despite restricting the growth of UniReady on campus, Professor Downie said selected high schools were now implementing the program, growing its market from an earlier age.

Despite marginally increasing undergraduate numbers, Curtin’s total student enrolment decreased by 2.2 per cent to 51,837 students; mostly due to a drop in non-awards (not undertaking a degree).

About 14,500 students study online at Curtin, comprising about 28 per cent of its population, including Open Universities Australia.

Curtin’s OUA portfolio continues to grow, with 22 new courses rolled out in 2017, taking the total to more than 100 award courses.

In its efforts to provide high-quality content to local students, the University of Western Australia has targeted online courses with ‘real-world’ business challenges, having joined forces with Harvard Business School.

While online enrolments have increased across the board for public universities during the past decade, UWA vice-chancellor Dawn Freshwater said the ‘flipped classroom’ approach universities were now taking had provided the most benefit to students.

“When MOOCs (massive open online courses) came out nearly a decade ago, there was talk of the demise of university courses and the access to campus, and online would be it,” Professor Freshwater told Business News.

“If anything, we’re finding the flipped classroom, blended learning, is growing and students are using online material in order to supplement and support their studies in class.”

“We’re exposed to and part of the enormous growth taking place across Asia and South-East Asia and the increased competition that that brings,” she said.

“We’re coping with increased global competition and the change that social mobility brings with it is at an unprecedented rate … and that’s without touching on some of the general trends around funding.

“It’s important for them (international students) to have an opportunity to have access, not just to course material, but also to feel they’re having an Australian experience.”

With education as the largest services export in Australia, attracting international students is high on the list of priorities for most universities seeking to grow market share. However, recent data has confirmed WA isn’t pulling its weight.

The state’s market share for international students across all sectors has plunged to 6.2 per cent as at February this year, while ranking more poorly for its share of international higher education students at 6 per cent.

It also compares unfavourably with WA’s share of the international education sector for the 2017 calendar year.

In terms of the state’s universities, Curtin accounts for the greatest number of international students, followed by UWA and ECU, however, it showed the weakest performance for 2017.

ECU reported total international student numbers grew by 12.4 per cent to 5,622 in 2017, while Murdoch increased international enrolments by 90 per cent, Professor Taggart said, coming off a low base of 185 students.

“The tourism benefit is parents coming to visit their kids; it’s a much more powerful attractor than pearls in Broome.”

UWA also reported an increase in international students to 17 per cent, although the university did not provide a breakdown (and the growth may be attributed to an increase in non-award students).

UWA said international student recruitment had been diminished by the state government’s decision in early 2017 to exclude Perth metropolitan area from the definition of regional Australia for the Regional Sponsored Migration Scheme, which would allow skilled migrants to fill employment vacancies.

The change is expected to decrease the appeal of Perth as a study destination and have an impact on 2018 recruitment for WA.

While Curtin still has the largest number of international students, onshore enrolments dropped by 11 per cent, to 7,547, in 2017.

It intends to grow offshore numbers with the opening of its fourth offshore campus, Curtin Mauritius, planned for completion this year.

Curtin is also planning to expand and develop its Bentley campus under the Greater Curtin project, which will include new infrastructure for student accommodation, with up to 1,400 beds ready for 2021.

The University of Notre Dame is the only local university to have intentionally kept international students numbers to around 1 per cent of its total enrolment during the past few years.

However, it is now looking to take that figure to 10 per cent of its total student population and will be focusing on attracting students going forward.

Raising the global profile of Perth and driving workplace development opportunities are the two key priorities for the state’s peak body for international education, StudyPerth, according to executive director Philip Payne.

“Research has shown us that Perth is, if not invisible, it’s certainly not as well known to the international market as it could or should be,” Mr Payne told Business News.

He said the organisation’s first focus would be to develop a global awareness campaign split into two parts – one project aimed at China (with its unique social media platforms) and the other at the remainder of the world, primarily using digital channels. 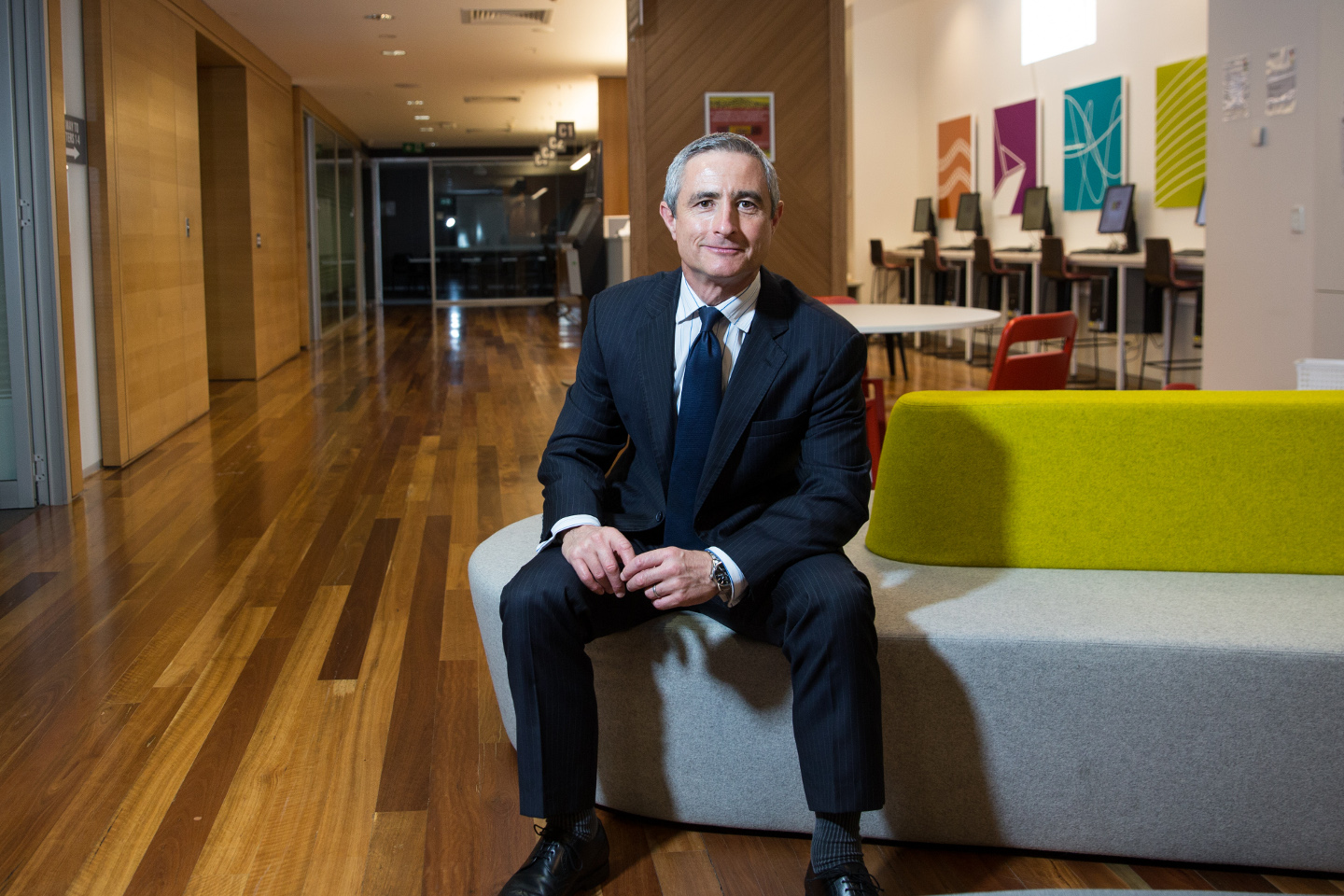 Despite having a far lower budget than similar organisations in other states, StudyPerth was determined to showcase the liveability of Perth, Mr Payne said.

“That’s one project and will preoccupy us for the next weeks and months, but it’s not a set and forget project,” he said.

“The second project is about jobs and employability.

“We are aiming to be able to guarantee international students in Perth will have access to work integrated learning, mentorships, and good graduate outcomes.”

Mr Payne said StudyPerth would be consulting with industry and developing partnerships with businesses that recognised the value in international students and employees.

“One of the other things that’s being addressed is student accommodation,” he said.

WA universities and developers had been slow to recognise the opportunities for inner-city accommodation, Mr Payne said, with Perth education currently being a suburban experience.

“Now they’re moving in with a vengeance and there’s some really impressive purpose-designed student accommodation starting on-stream in a few months, and progressively in the next two to three years there’ll be thousands of beds coming on-stream in the city centre,” he said.

During the past three years, more than 5,000 domestic and international students have progressed through Navitas colleges to continue their studies with the business’s university partners in WA.

Outside of the state, it operates Curtin’s Singapore campus, offers pathway programs for ECU through its Sri Lanka campus, and recently announced an agreement to provide operational support for Murdoch’s Dubai campus.

According to the BNiQ Search Engine, Curtin University has taken over from South Metropolitan Tafe as the largest tertiary education and training provider for total number of students in WA (see page 25).

The steep fall in numbers for South Metro Tafe can be partly attributed to the transition of the Balga and Midland campuses to now come under the North Metropolitan Tafe umbrella.

That takes North Metro to second position on the list.

The remaining top seven positions did not change, despite Murdoch (ranked seventh) growing by 6.7 per cent to 16,584 students, and UWA (ranked fourth) experiencing a nominal decrease to 23,936 students in WA.

In total, WA’s five universities comprise 52 per cent of the total number of students in WA as ranked by BNiQ’s top 10 tertiary education and training providers.