The University of Notre Dame has hit a roadblock for its plans to develop a new building in Fremantle, with council officers recommending the proposal be rejected because it is too tall for the port city’s historic West End. 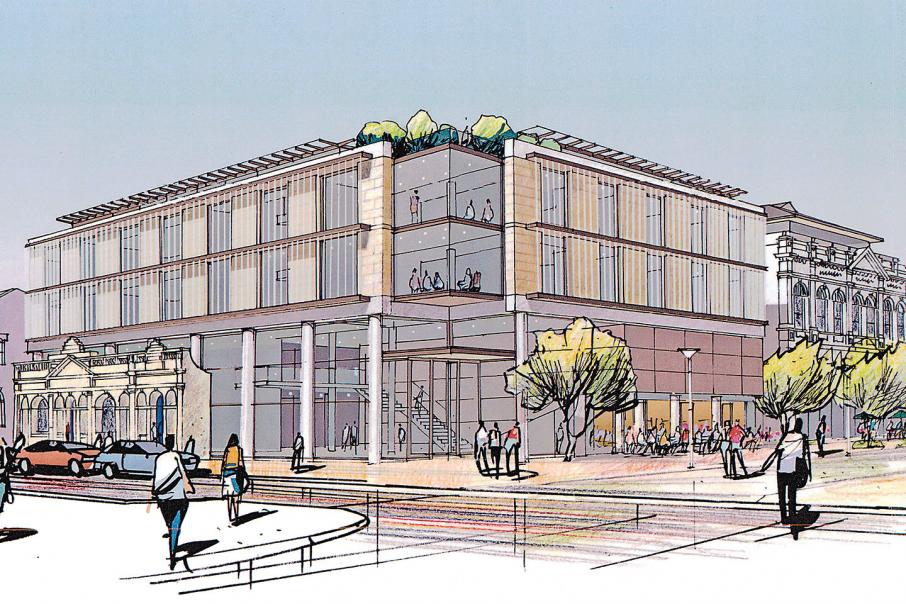 An architect’s rendering of Notre Dame’s plan for the corner of Cliff and High streets. Impression: MCDF Architects

The University of Notre Dame has hit a roadblock for its plans to develop a new building in Fremantle, with council officers recommending the proposal be rejected because it is too tall for the port city’s historic West End.

Notre Dame’s $15 million plan to create a five-storey building to house its schools of nursing and midwifery, and arts and sciences at the corner of High and Cliff streets was lodged with the City of Fremantle late last year, and was due to be assessed by the metropolitan south west development assessment panel this week.

However, following a recommendation that the project be rejected by the City of Fremantle, Notre Dame was granted a four-week extension to tweak its proposal.

City of Fremantle planning officers said the building’s 18.9-metre height was not only above height limits for the West End, it would also likely be detrimental to the amenity and heritage of the area.

When it announced the project last year, Notre Dame said it was enthusiastic about what the development would provide not only for its students, but also its impact on enlivening what has been a dead area of Fremantle.

Along with new classrooms and lecture halls, Notre Dame planned to incorporate a small bar and a retail unit on the ground floor of the building, as well as a 200-seat performing arts theatre.

Teaching spaces and nursing laboratories would be incorporated on the upper floors, while the ground floor was designed to maximise activation of the West End.

In response to City of Fremantle design advisory council concerns over the project, Notre Dame maintained that the building’s design reflected the architecture of other Notre Dame buildings in the locality, while the incorporation of the heritage-listed Liebler façade would contribute to the broader built form and heritage values of the precinct.

Aside from the heritage façade, the site is largely vacant and is being used as an open-air car park.

The building was designed by MCDF Architects, which also advised Notre Dame on two other purpose-built buildings in the West End.

The proposal drew 50 objections during its public consultation period, with respondents raising concerns over the building’s height, and its impact on the nearby Roundhouse.

Other complaints included opinions of “ugly, average architecture” and unattractive design, while respondents also questioned whether another small bar would be appropriate for the area.

The DAP will make its assessment of the project on March 31.