Perth's council must set a goal for the next four years of becoming the safest capital city in Australia, writes Brent Fleeton. 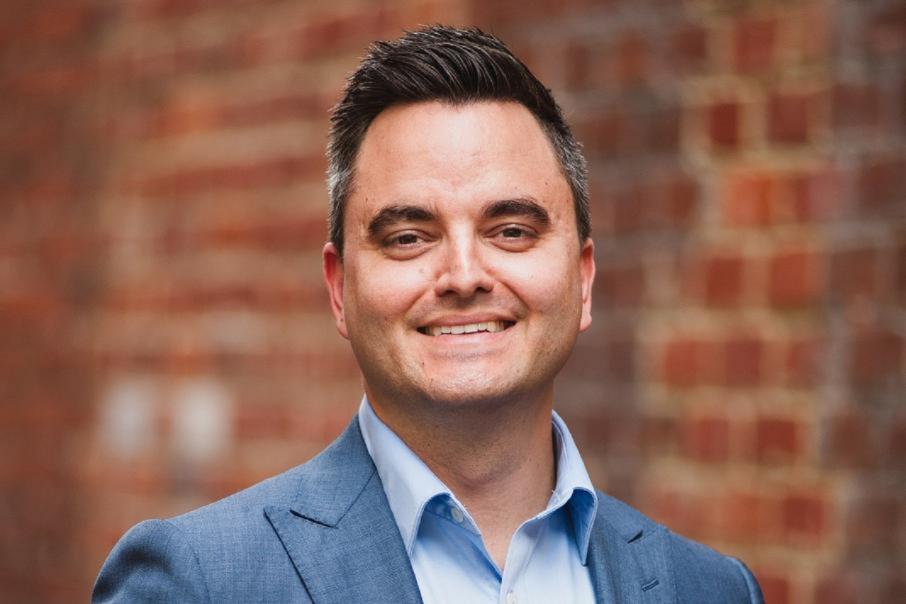 We all know the promise of the Perth City Deal.

Our job over the next four years is to ensure we get the settings right so businesses and our local community get the most out of it.

Under the leadership of our Lord Mayor Basil Zempilas and supported by our chief executive Michelle Reynolds, council has worked hard together reforming our organisation to ensure it is capable and ready for Perth’s boom built on the back of this $1.5 billion investment from the three tiers of government.

We’ve started a wholesale property portfolio review, which is looking at all council-owned assets, how to maximise returns for the ratepayer, and with an eye to revamping tired pockets of the city.

Every day I walk down Hay Street east of the mall, or around Milligan Street in the west end, these are prime pieces of CBD land which are so underutilised.

We can use our large portfolio to lead by example.

Smart choices on our part will be a catalyst for others to follow suit.

We need to better utilise land owned by the city for open-air car parks on street level.

The market will tell us what its worth and more importantly what can it be used for to help the city achieve its goals of being more liveable, sustainable and prosperous.

In the next term of council, Perth’s boom will rely on our planning reforms where we finalise what the city will look like over the next decade through our local planning strategy (which is effectively the master plan that everyone keeps calling for), then we start to update planning schemes and policies, all while ensuring the overarching culture of our staff reflects this 'open for business' attitude.

As this continues, the city needs to welcome bold ideas and help turn these into reality.

Just yesterday, along with 30 representatives from various performing arts and culture organisations, I was lucky enough to see the unveiling of Randal Humich’s vision for the forgotten spaces above Barrack Street.

He’s going to turn that entire strip above Barrack Street from Hay Street to Murray Street malls into a new arts and culture hub.

The retail and hospitality component will stay on street level, but above ground level will be a restored performing arts theatre.

Our future value proposition as a city destination isn’t in reviving retail and competing with suburban megamalls, it’s in arts and culture.

After all, you don’t go to a shopping centre to see a play or hear a performance.

Mr Humich needs to be supported and championed as a leader of our city.

This project along Barrack Street will ultimately be a case study in how to reduce crime and antisocial behaviour in Perth’s CBD.

Sadly, too much of our city right now is a place you rush past to get somewhere else.

We must give people more reason to linger longer in our CBD.

And that means dealing with those who do the wrong thing.

Ratepayers in the City of Perth go above and beyond to support WA Police in the task of keeping us safe in the city.

We’re spending $7 million in the next 12 months alone on CCTV coverage and security, another $6.5 million in new lighting installations, complemented by our own security and ranger patrols.

Putting this figure in comparison, we take in roughly $20 million from residential rates, which means a significant majority of this revenue goes into security, CCTV and lighting.

But it’s not enough.

Every week I hear new stories about assaults in Perth in the middle of the day, people getting off buses coming into work and being screamed or spat on, syringes being found in Central Park gardens; everyone has a story of what they’ve seen in the city.

Why do we continue to accept this situation?

As the City of Perth council continues to bolster its capacity to grow our capital city, we must set a goal for the next 4 years: Perth needs to be the safest capital city in the country.

Everything we do in partnership with WA Police should support this goal.

We get nowhere by playing the blame game, this goal can only be met by working together.

Brent Fleeton is a councillor and candidate for re-election in the City of Perth's upcoming election. All candidates for council are invited to write an opinion piece for this website. Their articles have run as they were originally written, though Business News reserves the right to edit for legal reasons.