The state government’s Westport taskforce has concluded that all container shipping should be moved out of Fremantle to a new land-backed port in Cockburn Sound, to be built at a cost of about $4 billion. 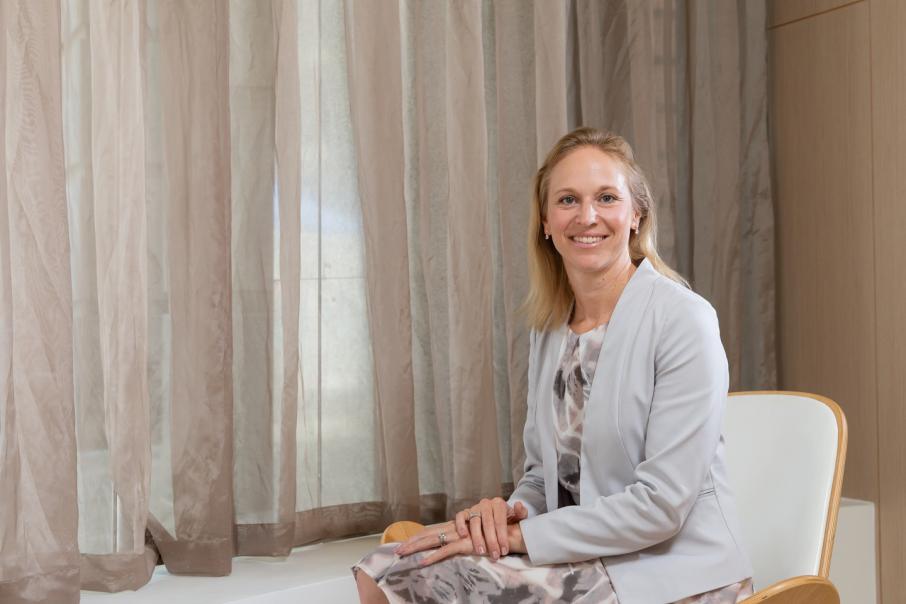 The Westport Taskforce is chaired by Nicole Lockwood.

The state government’s Westport taskforce has concluded that all container shipping should be moved out of Fremantle to a new land-backed port in Cockburn Sound, to be built at a cost of about $4 billion.

It evaluated 25 port and supply chain options, including a major expansion of Bunbury harbour, but reached a similar conclusion to several previous studies.

Its preferred option – a new port adjacent to Anketell Road – was similar to plans presented to the state government back in July 2007.

The taskforce, chaired by Nicole Lockwood, concluded that Fremantle harbour on its own would not be able to meet Perth’s long-term freight task.

As part of its assessment, the taskforce accepted the findings of an independent 2014 report that suggested the capacity of the existing ‘inner harbour’ could reach 2.1 million containers – compared to just 770,000 last year.

“However, the 2014 report, along with earlier reports, failed to offer a sufficient analysis of the wider freight supply chains necessary to ensure the port’s longevity – particularly the road and rail links that move cargo to and from the port,” today’s taskforce report stated.

“Westport’s investigations have identified that these links are, in fact, the major constraints for the inner harbour, and will reach their capacity by the mid-2030s.”

The Westport taskforce based its assessment on having a port that can handle at least 3.8 million containers by 2068.

“Even if the inner harbour can accommodate the previously mentioned 2.1 million TEU, that still leaves it several million containers short of where it needs to be in the long-term,” the report said.

The figure of 3.8 million containers was based on an assumed growth of 3.25 per cent per year. This was higher than the 2.8 per cent growth assumed by Deloitte in a prior study but was lower than the 20-year growth at Fremantle Ports over the past 20 years, of 5.4 per cent.

The taskforce concluded that building a new port would be cheaper than upgrading the existing harbour.

It estimated the cost of its preferred option would be just less than $4 billion, whereas the cost of upgrading the inner harbour and associated transport infratsructure to handle 3.8 million containers would be just more than $5 billion.

Its preferred option is a port extending along the coastline between the Kwinana Bulk Terminal and the Alcoa jetty.

The proposed port would include an intermodal terminal and be more reliant on road transport over rail.

It would be serviced by an extension of Anketell Road linking to Tonkin Hwy, and a duplication of the existing rail track.

Potential issues included limited land availability in the preferred area and connecting the last kilometre of Anketell Road and the rail line through to the port, given existing land holdings and infrastructure in the area.

The taskforce’s number two option was for a slightly smaller port at Cockburn Sound and continuation of Fremantle’s inner harbour as a container port.

It said the commercial feasibility of having two container ports in close proximity was still being investigated.

A downside was losing the ‘value capture’ offsets of making the Fremantle land available for alternative uses.

A third option also involved shared ports, but with shallow draught barges being used to transfer containers from Fremantle to Cockburn Sound.

It suggested this ‘blue highway’ option was more likely to be a transitional phase.

The state government said the taskforce report supported its own approach.

“Several Fremantle-only options were assessed in Westport’s process but rated poorly due to significant economic and social impediments,” Ports Minister Alannah MacTiernan said in a statement.

“The analysis reinforced that a standalone Fremantle inner harbour would not stack up in the medium to long term, even with Roe 8 and 9.

“Westport highlights that even when factoring in a range of major road corridor upgrades, worth billions of dollars, the Fremantle inner harbour’s transport network will reach capacity by the mid-2030s - meaning planning and design of an Outer Harbour must start now.”

The government noted that building a new port may take up to 10 years.

Transport Minister Rita Saffioti said investing in a new outer harbour or upgrading Fremantle inner harbour was one of the biggest investment decisions a state government could make.

“The work by Westport so far suggests that continually expanding the Fremantle inner harbour, along with the surrounding transport network, doesn’t stack up financially due to the many constraints in the surrounding area,” she said.

“Importantly, Westport found that even with another six unfunded major road upgrades, the network to Fremantle Port won’t cope by the mid-2030s, so it’s imperative that we plan now and have the outer harbour operating before then.”

The taskforce said its short-listed options would now go through a more detailed analysis to determine the strongest option.