It’s hard to overstate the significance of the alliance between Australia, the US and the UK. 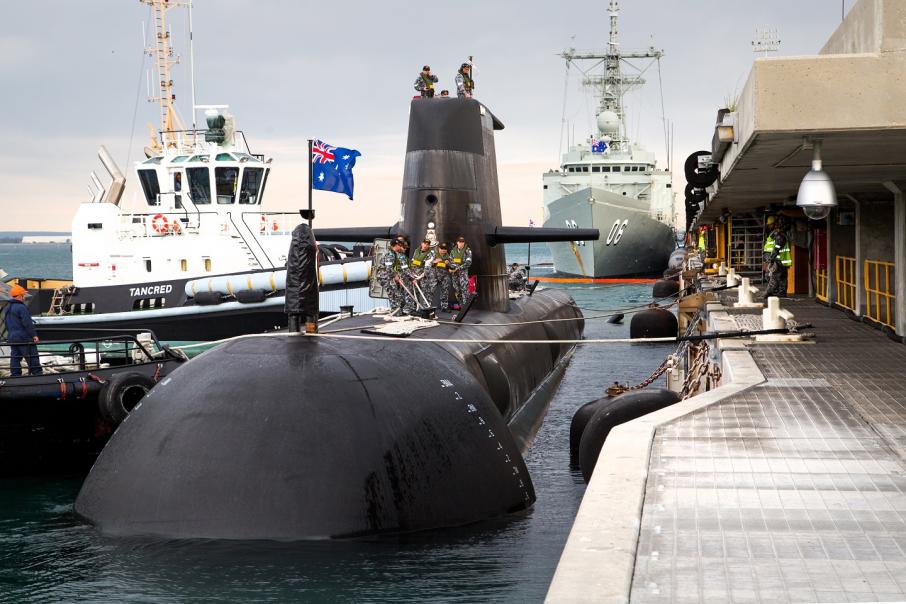 The AUKUS alliance was announced last month as a new, enhanced trilateral security partnership, the first major initiative of which would be to deliver a nuclear-powered submarine fleet for Australia.

The subs are intended to provide capability to “manoeuvre and defend against rapidly evolving threats”.

This was a monumental announcement by the leaders of Australia, the UK, and US. It will have implications for international diplomacy, defence capability, contracts, industry, nuclear regulations, internal conflicts, and numerous other programs of significance for Western Australia.

Firstly, this announcement suggests a better submarine fleet for Australia, with greater range, speed, and stealth than those proposed under the then-current contract with French company Naval Group. Initial projections suggest no negative impact on new submarine delivery dates.

The nuclear aspects rightly draw attention for their risk, and the implications relative to the United Nations Non-Proliferation Treaty. To be clear, the Australian submarines will not have nuclear weapons, but nuclear powerplants still present a significant regulatory and safety hurdle to navigate for AUKUS.

The nuclear-powered submarines have been met with concern from regional partners such as New Zealand, where Prime Minister Jacinda Ardern has been clear in the banning of nuclear vessels from New Zealand waters.

These new submarines also triggered the cancellation of the troubled contract with Naval Group, written about in this column on July 12.

Delays, cost overruns and disputes between the parties had already created months of discussions on alternatives. Regardless of fault, employees now facing an uncertain future, and businesses that had invested in developing business opportunities with Naval Group, will face losses, of sorts.

Current industry discussion suggests any company that had conducted work under contract with Naval Group will be compensated as part of a cancellation cost expected to range from $120 million to $200 million.

The relationship with France has been damaged. Cancellation of the contract was compounded by the French being blindsided by their allies, with Australia apparently not considering France’s nuclear submarine capabilities enough to inspire inclusion in discussion.

It is easy to understand the emotions of French Foreign Minister Jean-Yves Le Drian, who spoke of “betrayal” and of being “stabbed in the back”.

It also comes at a delicate political time for French President Emmanuel Macron, who is facing an election in April 2022. Opponents are likely to seize upon the perception of contractual failure, abandonment from allies, and local job losses.

Shadowed by the nuclear announcement were other considerable announcements worthy of attention on any other day.

A further announcement highly relevant to WA was the notification that full cycle docking (FCD) would not be coming to WA.

FCD had the potential to deliver $8.4 billion in gross state product and up to 3,000 jobs for WA. Strategically and economically, it was disappointing news for local industry.

Mr Morrison did signal a commitment to support a large vessel dry berth (LVDB) for WA, promising to work with the state government to invest in the facility. It has been argued that this project is of greater significance than FCD. The impact of the LVDB has been detailed in this column (May 31), and a Commonwealth commitment to investment is a significant development for WA if confirmed.

As the AUKUS plans evolve, amidst an Australian election period, potential for workflow connected to the alliance and the submarines will be keenly promoted and closely assessed.

From a purely industry perspective, it is imperative that, during the 18-month exploration period, industry is consulted so Australia’s future submarines, and any new technology involved can deliver opportunities for Australian business.

The formation of AUKUS and the announcement of a nuclear-powered submarine fleet for Australia is an incredible moment. It will undoubtedly be historic, with the added capability offset by the potential risks across multiple issues connected to this announcement.

What stands out is that the collateral damage of this announcement would have been clearly known and understood. In that context, the impact of the decision speaks volumes about the perceived threat and the urgency that had to take priority over all those other factors.

Carefully managed or restored, those collateral issues can become footnotes to what promises to be a critically important military alliance in our region, with significant capability upgrades for Australia’s defence.

• Kristian Constantinides is the General Manager of Airflite, and Chairperson of AIDN-WA. The opinions expressed are purely his own.