Sipa Resources’ search for a nickel-copper sulphide deposit in Uganda that can rival the famed Nova-Bollinger deposit in W.A, is looking more encouraging with each new set of assay and drill results. The latest set of numbers from the company's drill program at the Akelikongo nickel-copper project have returned strong hits of up to 2.4% nickel and 2% copper. 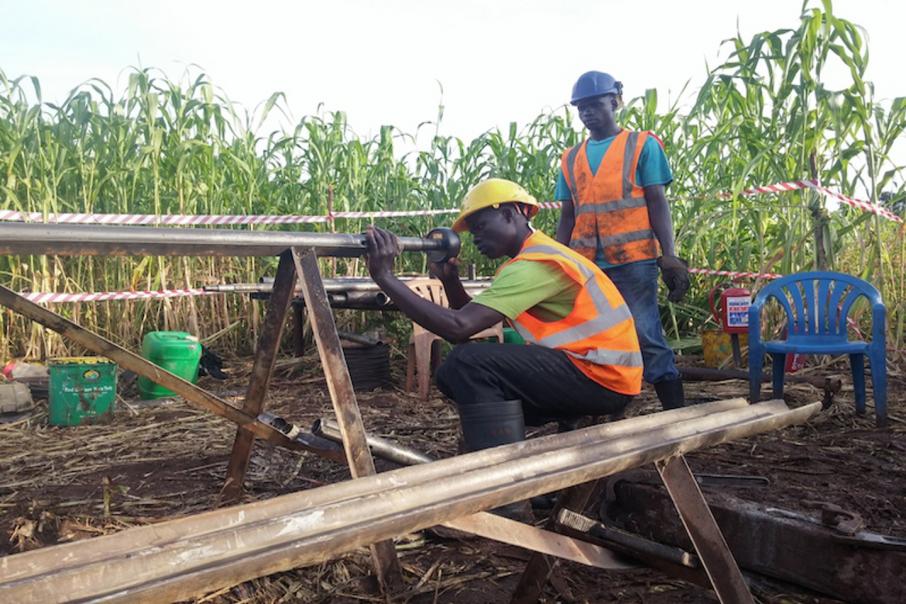 New assay results from Sipa Resources’ latest drill program at the Akelikongo nickel-copper project in Uganda have returned strong hits of up to 2.4% nickel and 2% copper.

The initial assay results were from just two of the recently completed 16-hole program.

The company told the ASX this week that the results were considered to be an important breakthrough for the project because they demonstrated that the large nickel-copper system strengthened down-plunge, as predicted by Sipa’s geological model.

The company is exploring for a nickel-copper sulphide deposit similar to the Nova-Bollinger find in W.A, which also thickens and improves down-plunge. Sipa recently extended the down-plunge extent of mineralisation at Akelikongo by 100 metres, but they have still only scratched the surface of an ultramafic body that could be several times larger than Nova-Bollinger.

Investors certainly saw the significance, lifting Sipa’s share price by more than 10% on the release of the results.

Sipa’s Managing Director, Lynda Burnett, said “The recent drilling program could be considered a watershed for the project, as it has  confirmed that the basal mineralised position improves with both width and grade as we go deeper. The presence of economic grades of nickel and copper within a system of this scale and fertility is clearly a very important development.”

“In addition, the highest nickel result also corresponds to high cobalt values of up to 777ppm - another important feature of the system which clearly requires further investigation given the historically high price for cobalt at the moment.”

“We are looking forward to receiving the balance of the results and formulating our plans for the next stage of evaluation of this globally significant nickel-copper discovery.”