Accomplished base metals explorer Sipa Resources has experienced a breakthrough in their exploration activities at the Akelikongo project in Uganda. The company recently reported the discovery of an 11 meter mineralized zone that intersected matrix to semi-massive sulphides, potentially opening up a new high grade nickel/copper target area. 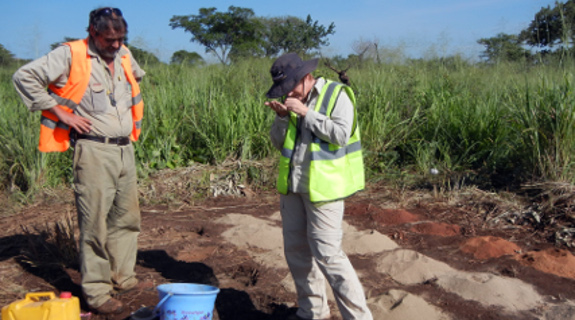 Accomplished base metals explorer Sipa Resources has experienced a breakthrough in their exploration activities at the Akelikongo project in Uganda.

The discovery is significant because it is relatively close to surface starting at just 63m down hole, it is the thickest higher grade discovery to date at the project and potentially opens up a whole new target zone for future exploration activities.

Sipa had previously identified lower grade mineralization at Akelikongo closer to surface but this new discovery shows that a higher grade zone exists further down albeit still relatively close to surface.

The company has been exploring a previously sparsely drilled area of about 200m in length between historic drill holes and the 11m mineralized zone has renewed their interest in this location.

Drilling to-date has highlighted a large variation in the previously modeled footwall position identified from soil sampling and previous drilling at the project.

The company is now exploring three interesting mineral systems including two in Uganda and one in the north of Western Australia.

The Akelikongo system in Uganda is promising for its potentially large scale nickel/copper sulphides and Sipa’s other Ungandan project, The Pamwa project is a lead zinc play.

The company recently farmed into the Obelisk Bismuth anomaly at the Paterson North project in the Pilbara and again that looks to be a potentially large scale opportunity if it comes off with other serious deposits already discovered in the general area.