The State Government will deploy home grown technology with global potential in a $500k deal to protect Perth beachgoers from shark attacks this summer. Perth based ASX listed Shark Mitigation Systems said today they had convinced the W.A State Government to deploy their “Clever Buoy” technology on a trial basis between the two groynes at City Beach over the summer period. 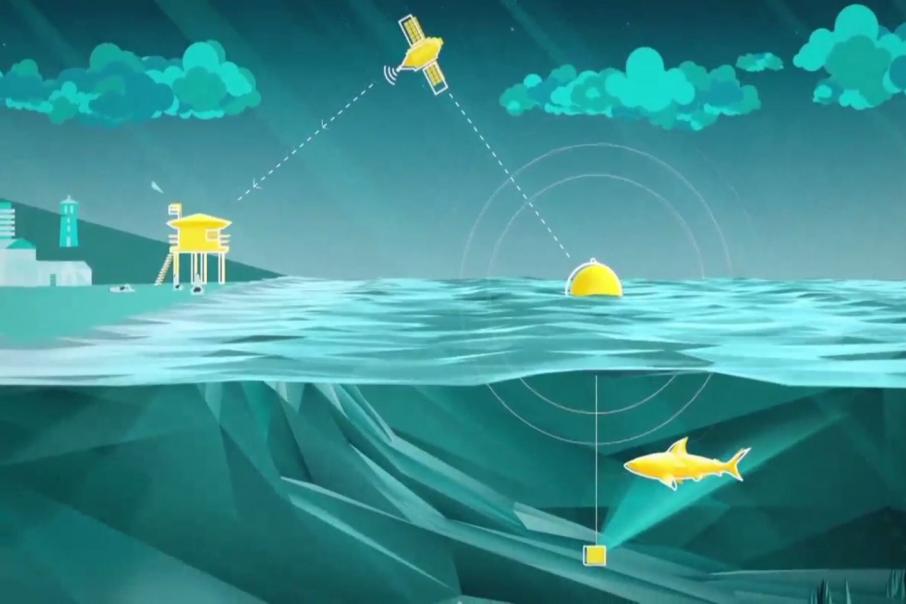 The State Government will deploy home grown technology with global potential in a $500 000 deal to protect Perth beachgoers from shark attacks this summer.

Perth based ASX listed Shark Mitigation Systems said today they had convinced the W.A State Government to deploy their “Clever Buoy” technology on a trial basis between the two groynes at City Beach over the summer period.

Clever Buoy is a large, floating marine buoy that is linked to several detection units on the ocean floor. It is equipped with software that is smart enough to detect and understand the swimming patterns of sharks and it is capable of differentiating between a shark and a fish or a piece of floating debris.

When a shark is detected, clever buoy sends a signal to lifeguards on the beach who can then remove people from the water and close the beach.

The trial approval was shepherded through the system by Fisheries Minister Joe Francis in partnership with Innovation Minister Bill Marmion.

Mr Marmion stated that Clever Buoy was a local West Australian innovation that had massive global potential, if the trial proved successful.

He said "The system will be located within 300 metres of the shore and configured to notify of sharks that may pose a risk to public safety.”

"Any detections that meet the set criteria will trigger a closure of City Beach and beaches within one kilometre either side.  The trial will commence in mid-December and run through to the end of March next year.” Said Mr Marmion.

Shark Mitigation Systems Managing Director, Craig Anderson, said: “We are very excited to have the opportunity to showcase our Western Australian developed technology in our own backyard, following significant exposure nationally and internationally.  Western Australia is leading the world in shark management initiatives, and we are confident Clever Buoy will integrate well with the State Government’s current shark management strategy.”

The latest trial comes hot on the heels of a highly successful trial at the famous Bondi Beach in NSW that caused the Australian Professional Ocean Lifeguards Association to state publicly that “It is the Association view that the Clever Buoy shark detection system is currently the only commercially available detection system capable of deployment in high surf zones to provide real time information for lifeguards that will be of direct benefit to beach users.”

The Association said that the trial at Bondi Beach had detected several sharks that were visually verified by lifeguards.

The system has also received other high profile endorsements including from the NSW Minister for Primary Industries Niall Blair who earlier this year said “We think this has the potential to be the holy grail when it comes to reducing the risks to beach goers in NSW.”

Bondi beach lifeguard, Andrew “Reidy" Reid, who shot to fame in the popular TV show Bondi Rescue, said of Clever Buoy “We use a tool called a defibrillator, and I’ve seen it save….. 50 lives. Clever Buoy is the first piece of technology that we have seen in a while that has the capacity to do the same thing.”

By any measure Shark Mitigation Systems appear to be onto something with Clever Buoy and the world is their oyster.

The company says it fielded calls and enquiries from across the globe following on from the successful trial of the system at Bondi.

The W.A installation is just one of many expected to roll out across the country and possibly even globally next year.

With such a successful trial under their belt in NSW it seems that Sydney along with Perth will be the next point of focus for the company.

Following on from the trial at Bondi, Scott Field from the Waverley City Council said “The council loved the system and positive impact it had for beach goers…we are keen to progress”

It seems that Shark Mitigation Systems have now passed the biggest hurdle for any new tech company – technical, in field validation.

It just comes down to logistics and deployment now and with so many shark attacks occuring in so many countries around the world, expect big things from this ASX listed junior.