Sense of place in stadium design

The team behind Optus Stadium wanted to make sure the venue’s design had a distinctly local flavour. 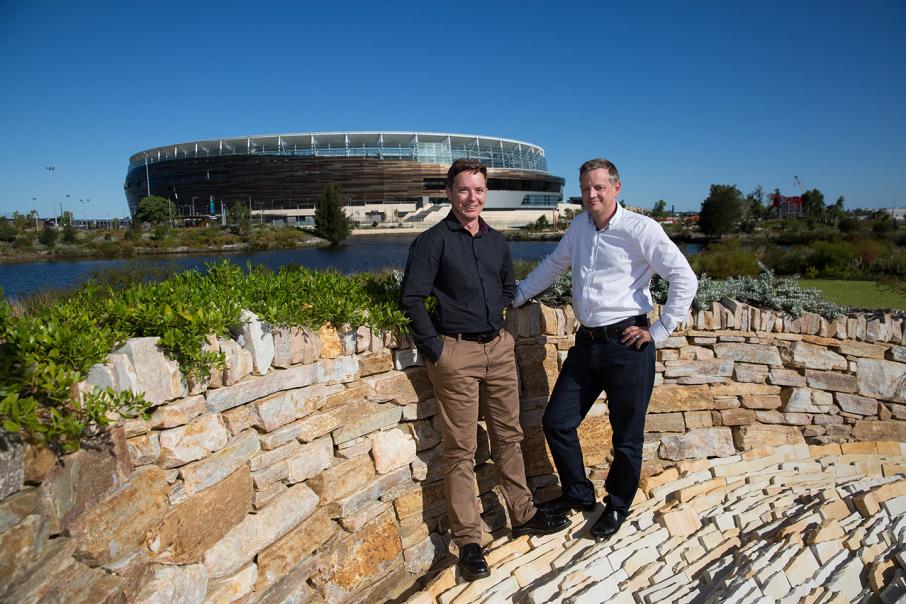 The team behind Optus Stadium wanted to make sure the venue’s design had a distinctly local flavour.

Among the many hurdles facing the WESTADIUM consortium that won the Perth Stadium contract in 2014, perhaps one of the more challenging had less to do with logistics and build time and more with how the venue would have a distinct Western Australian identity.

Rather than individual firms bidding for the project alone, Hassell principal Peter Dean said the firms had recognised the advantage of pooling their skills and track records of delivering similar projects, both locally and overseas.

“It was important to get the urban design and framework right; not just plonk a stadium on site, but create something truly different,” Mr Dean told Business News.

“We were conscious it was a city-making project; it bookends Perth, being that gateway from the airport coming in, it was really a game changer for the cityscape.

“And it had to be from this place – unique, distinctive, and not just flamboyant for the sake of it.”

It features 15,000 LED lights that can reflect team colours and sync to music, two television screens spanning 340 square metres (reportedly the largest stadium screens in the Southern Hemisphere) and a seating bowl designed to put patrons as close to the action as possible.

Cox Architecture director Matthew Batchelor said there had been a clear focus on enhancing the fan experience and getting people out of their armchairs at home.

“For us it wasn’t just about technical sport compliances, but also making it a 365-day multi-use destination,” Mr Batchelor told Business News.

“While the technical brief for the stadium and surrounding park was prescriptive, the emotive brief – what would make the precinct unique and recognisable as WA across Australia and the world – demanded more creativity.

“That was the real challenge.”

Mr Dean said the team had debated what WA represented.

“We focused on really trying to define that identity; there’s the relationship to the environment, with bronze aluminium reflecting the Pilbara landscape and the undulating roof profiles providing a reference to the Perth hills,” he said.

Mr Batchelor said perforated panels were used for practical reasons such as ventilation, but also for people to see through, providing an opportunity to connect back to the landscape.

“Stadiums tend to turn their back on the location; we wanted to do something different,” he said.

“It looks solid from the outside but it’s a trick of the eye – it’s quite porous when you’re inside it and people can see through it, to the Swan River and the city skyline.

“Perth living is all about blurring that line between outside and inside space.”

Mr Dean said the clear glass glazing at the top of the bronze aluminium provided clear views of the city for people sitting at the top of stadium bowl, enabling access to a distinct Perth image.

Indigenous culture was another element Mr Dean said the team aimed to showcase throughout the venue and the surrounding stadium park, where not-for-profit arts organisation FORM helped develop and procure artworks.

Curving around the perimeter of the stadium, etched in the concrete, is a Noongar and English poem Kaya (hello) created by Professor Kim Scott in collaboration with the Whadjuk Working Party, while a community arbour linking the stadium station to the river tells indigenous creation stories.

A handful of other art forms can be found in stadium park, and Mr Dean said it was important to leave space for the precinct to evolve over time.

“It hasn’t got that history of Subiaco,” he said.

“We wanted it to be able to add to its own identity as events take place, like at the MCG.”

The team was also tasked with devising opportunities for Optus Stadium to be activated year-round, which he said had been delivered through deliberate external-facing restaurants and function rooms, the BHP Boardlwak and amphitheatre, Chevron Parkland, and northern oval, which could be utilised by community groups or for pop-up events and festivals.

“It was challenging trying to create something reflective of the state and the people in it,” Mr Dean said.

“Touch wood, we have achieved it.”